Attacks on ships in Middle East coordinated by Iran, US gov't tells senators 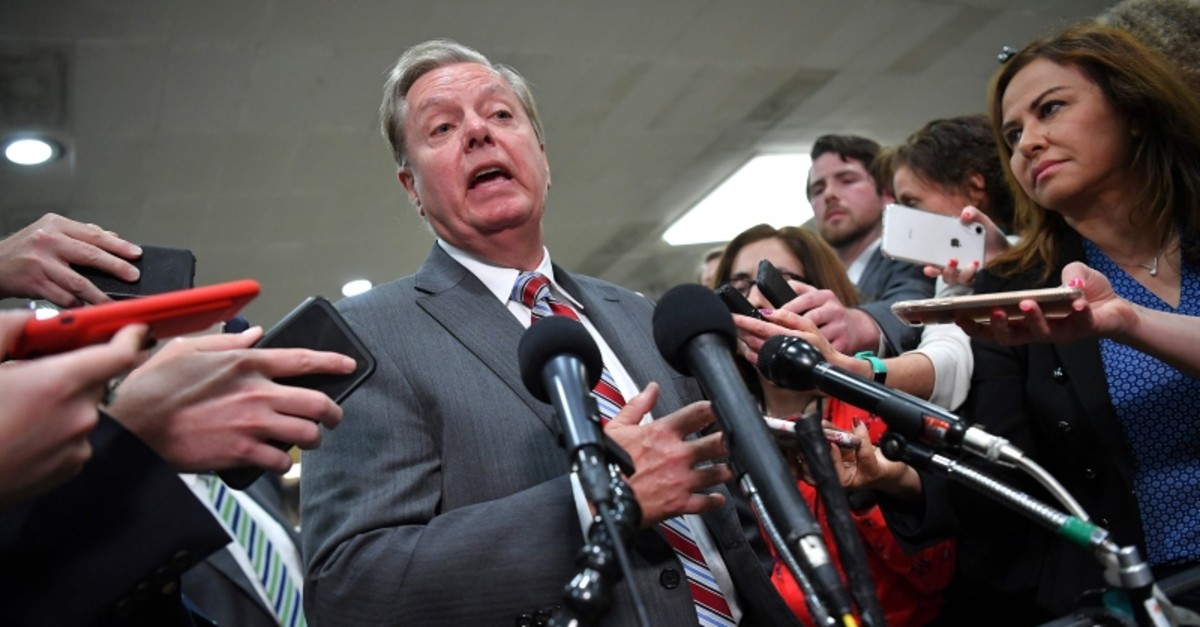 US Senator from South Carolina Lindsay Graham gives a statement after closed-door briefing on Iran in the auditorium of the Capitol Visitors Center in Washington, DC on May 21, 2019. (AFP Photo)
by Compiled from Wire Services May 21, 2019 11:46 pm

Republican U.S. Senator Lindsey Graham said on Tuesday that top administration officials told senators in a briefing the recent attacks on shipping and a pipeline in the Middle East was directed by the Iranian government and the ayatollah.

"They explained to us how the Iranian threat streams were different than in the past, that the attack on the ships and the pipeline was coordinated and directed by the Iranian government, the ayatollah," Graham told reporters.

The U.S. military appears to have concluded that Iran was behind the reported attack May 12 on four commercial vessels off the coast of the United Arab Emirates. A U.S. official said Monday a probe into the attack was finished and evidence still pointed at Iran, although the official did not provide details. The official was not authorized to publicly discuss the matter and so spoke on condition of anonymity.

On Sunday, a rocket landed near the U.S. Embassy in the Green Zone of Iraq's capital of Baghdad, days after nonessential U.S. staff were ordered to evacuate from diplomatic posts in the country. No one was reported injured.

Defense officials said no additional Iranian threats or incidents had emerged in the days since the USS Abraham Lincoln carrier battle group arrived in the Arabian Sea late last week.

Iran, meanwhile, announced that it has quadrupled its uranium-enrichment production capacity. Officials said it remains set to the limits of a 2015 nuclear deal with world powers, making it usable for a power plant but far below what's needed for an atomic weapon.

Tehran long has insisted it does not seek nuclear weapons, though the West fears its program could allow it to build them.