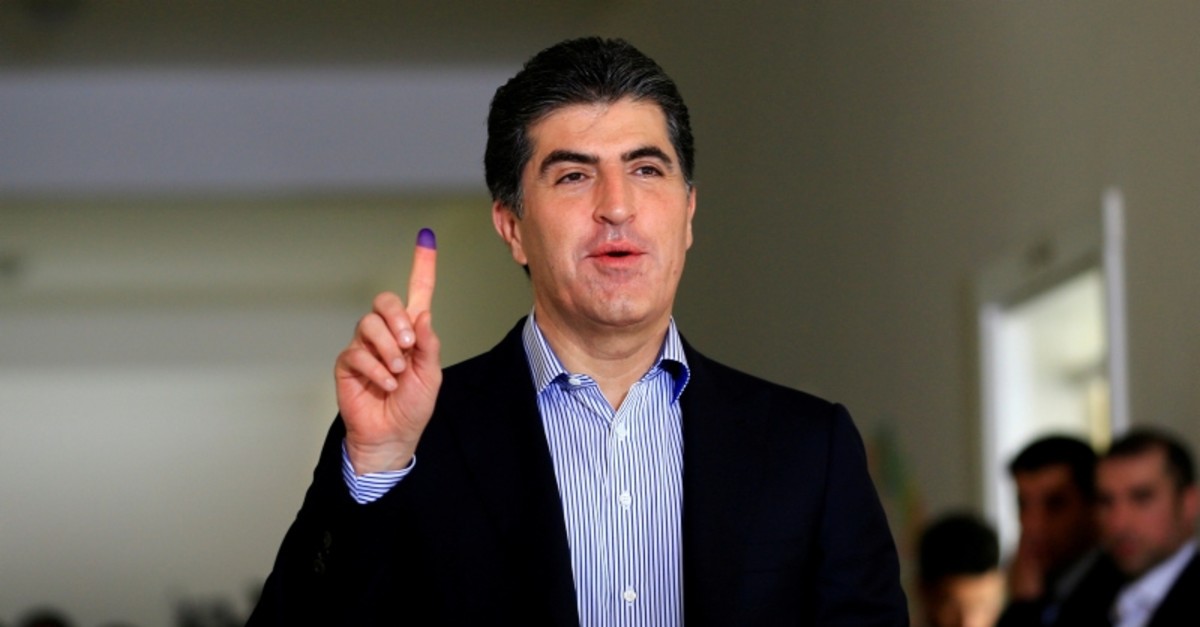 Nechirvan Barzani shows his ink-stained finger after casting his vote at a polling station during KRG parliamentary elections in Irbil, Iraq, Sept. 30, 2018. (Reuters Photo
by Compiled from Wire Services May 28, 2019 12:25 pm

Lawmakers elected Nechirvan Barzani as president of the semi-autonomous Kurdish Regional Government (KRG) in northern Iraq, a spokesman for the regional parliament told Reuters on Tuesday.

Barzani, who had been serving as regional prime minister, won 68 votes from the 84 lawmakers present. The regional legislature has 111 seats in total.

The Kurdistan Democratic Party (KDP) had nominated ​Barzani in December.

He is the nephew of the previous and only other holder of the office, Masoud Barzani, who stepped down after 12 years as regional president in November 2017, less than a month after helming a referendum on Kurdish independence that backfired and triggered a crisis for Iraq's Kurds.

The post had remained vacant since, and the president's powers were divided between the prime minister, parliament and the judiciary in a makeshift arrangement.

Nechirvan Barzani's election as president followed a final agreement reached between the KDP and Patriotic Union of Kurdistan (PUK) on Sunday on the formation of a new KRG government.

"(Discussions) took a long time, but the negotiations with the PUK and Gorran Movement resulted in a common understanding," Barzani said.

The KDP had reached an agreement with the Gorran Movement, the third party, for the establishment of the government before.

Home to large Turkmen, Kurdish and Arab communities, Kirkuk is one of several parts of Iraq disputed between Baghdad and the Irbil-based KRG.