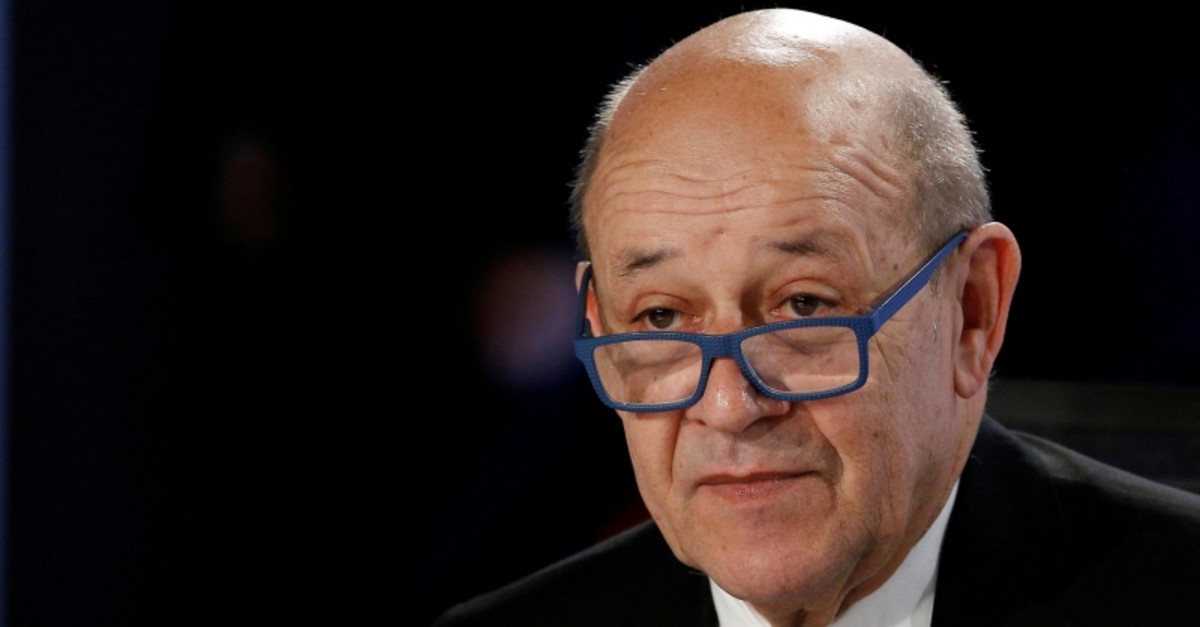 An Iraqi court Wednesday sentenced a French citizen to death for joining the Daesh terrorist group, the seventh such verdict passed over the course of several days, a judicial official said.

French Foreign Minister Jean-Yves Le Drian said that while France was asking Iraqi authorities not to carry out the death sentence, the seven had had a fair trial.

According to reports in French media, some or all of the seven convicts were among 13 prisoners handed over to Iraqi authorities in February by Western-backed People's Protection Units (YPG) terrorist group, which is the Syrian extension of PKK.

An official at Iraq's Supreme Judicial Council did not confirm that but said the seven were among 12 French nationals being tried on charges of having joined Daesh terrorist group.

One more hardliner holding French citizenship has already been acquitted by the court on the same charges, the official added without giving details.

The fate of foreign fighters with Daesh has become a controversial issue in many Western countries this year, as the group's last territories in Syria fell to the Syrian Democratic Forces (SDF), which is dominated by YPG terrorists.

France insists its citizens must be tried locally for any offences they committed in Syria or Iraq.

Daesh controlled huge swathes of both countries for several years from 2013, imposing its extreme ideology of mass killings and enslavement as well as coordinating deadly attacks on civilian targets in France and elsewhere.

The seven convicts were "well known to our services for terrorist actions against our country," Le Drian told the National Assembly in Paris.

Rights groups and the United Nations have criticized terrorism trials in Iraq, saying they are often hasty and can rely on confessions that defendants claim were made under torture - although Human Rights Watch noted some improvements this year.

According to a 2014 UN report, the broad use of the death penalty for a wide range of terrorism-linked offences under Iraqi law is contrary to international human rights law.

But Le Drian told French lawmakers that "contrary to what I have heard here and there, the trial is fair."

The defendants had had a lawyer and they still had a right to appeal, Le Drian told lawmakers "they have a month and we are helping them make their appeal to the Iraqi authorities."

Also on Wednesday, France's rights ombudsman said the government should take "all effective steps" to ensure an end to ill-treatment of the children of French Daesh terrorists held in YPG-run camps in Syria, as well as the mothers of those children.

The government should also take steps to end the "arbitrary detention" of the children and their mothers in the camps, ombudsman Jacques Toubon said in a non-binding decision.

Citing UN reports on conditions in the camps, Toubon said that "it could not be disputed that their living conditions are in every way extreme and put their very lives at risk."

French authorities have repatriated orphaned children from the camps, but refuse to bring back any adults who were involved with Daesh.

Relatives of several children held in YPG-ruled northern Syria failed last month in a legal bid to compel the French government to repatriate them.

On Tuesday, Le Drian told the National Assembly's foreign affairs commission that "about 450" French citizens, including children, were held in camps and prisons run by YPG terrorist group in northern Syria.

He acknowledged that conditions in the camps were "extremely difficult."

More than 100 more French foreign fighters were still present in the opposition-held Idlib province of north-western Syria, the minister said.