A mother, six newborns die every two hours in Yemen 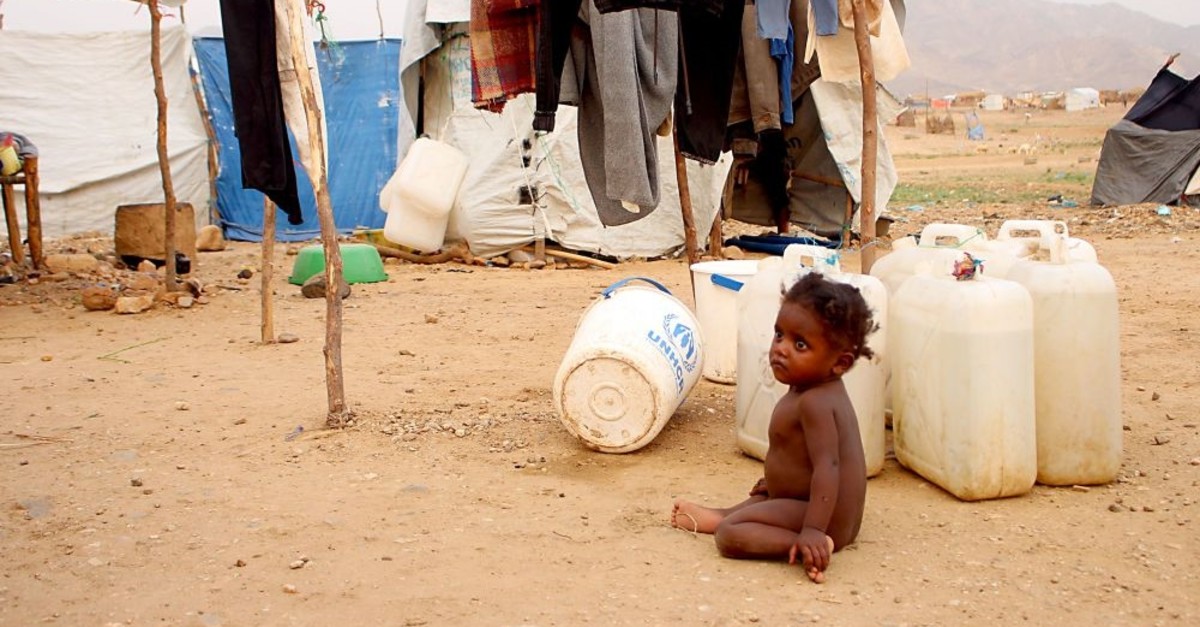 UNICEF has revealed that the brutal war in Yemen has worsened the humanitarian situation for mothers and babies in the country, with one mother and six newborns dying every two hours due to a lack of health services

As the world approaches the 30th anniversary of the Convention on the Rights of the Child (CRC), mothers and children continue to bear the brunt of the ongoing Saudi-led war in Yemen. The brutal conflict continues to cost the lives of civilians, with a mother and six newborns dying every two hours due to poor health care services, the U.N. children's agency UNICEF said in a report.

In the country profoundly affected by a humanitarian crisis, one out of every 260 women dies during pregnancy and childbirth, and one out of 37 newborns dies in its first month of life, UNICEF said, revealing the lack of routine primary healthcare services, crucial for supporting mothers and childbirth. The report indicated that, "One of the war's repercussions that befell Yemen is the clear assault on motherhood and paternity," noting that: "Only 51 percent of all health facilities are operating at full capacity. Thus, these facilities suffer from a severe shortage of medicines, equipment and personnel." UNICEF also said, "The rate of births that take place at home is also increasing because Yemeni families are getting poorer every day."

Yemeni civilians have also suffered from acute malnutrition, starvation and cholera epidemics since Yemen's civil war began in earnest with the launch of the Saudi-led intervention. For several weeks at the end of 2017, the Saudi coalition imposed a blockade on Yemeni ports that it said was to prevent Houthis from importing weapons. This had a severe impact on Yemen, which traditionally imports 90 percent of its food.

Saudi Crown Prince Mohammed bin Salman, who is the former Saudi defense minister, and Saudi Arabia's allies launched Operation Decisive Storm in March 2015. The ongoing war has resulted in the worst humanitarian crisis in the world, with an estimated 24 million people, close to 80 percent of the population, in need of assistance and protection in Yemen, according to the U.N. The World Health Organization (WHO) says some 10,000 people have been killed since the coalition intervened in 2015, but rights groups state the death toll could be five times higher. Amid a series of international warnings, continuing military support from Western countries, which includes arms sales, for the Saudi-led coalition has prompted further fears of escalation in the humanitarian crisis in the country.

Many atrocities have been reported so far, which have revealed multiple violations of human rights. In April, the Saudi-led coalition bombed houses and a school in a residential area in the rebel-held capital Sanaa, killing 14 children and leaving 16 critically injured. UNICEF Regional Director for the Middle East and North Africa Geert Cappelaere said the timing of the blast coincided with "lunchtime and students were in class." "The critically injured children, many of whom are fighting for their lives, are now in hospitals in Sana'a. Most are under the age of 9. One girl succumbed to her injuries yesterday morning," Cappelaere said, as reported by the German dpa news agency. "It is hard to imagine the sheer horror that those children experienced – and the sheer horror and guilt parents may feel for having done what every parent aspires to: sending their children to school," he added. "Killing and maiming children are grave violations of children's rights."