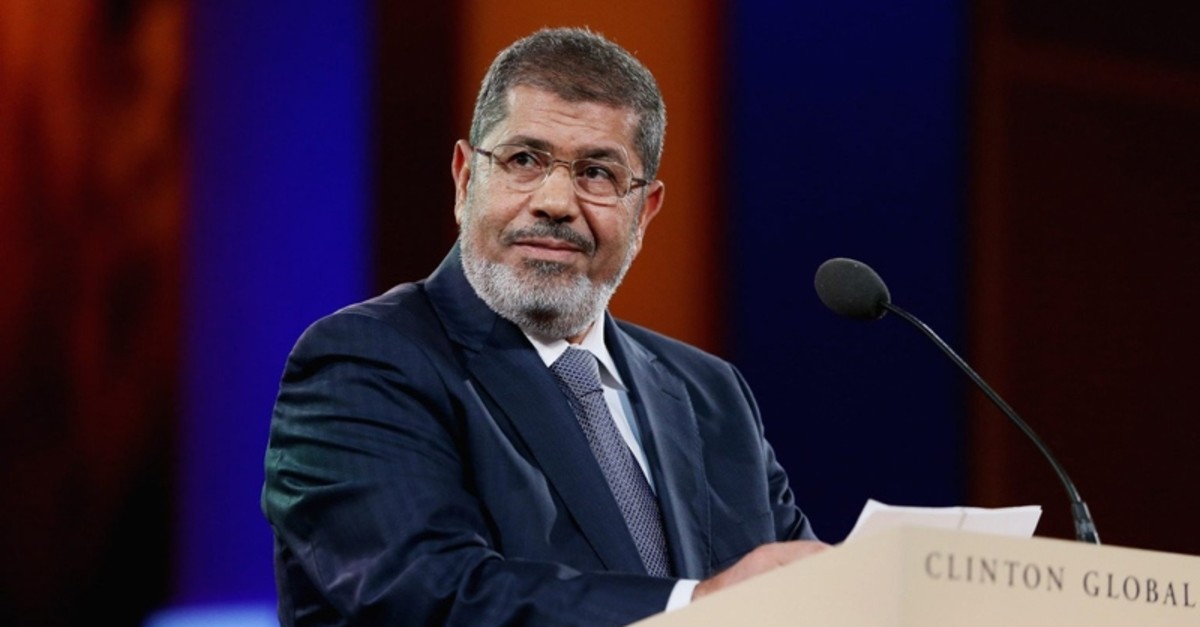 Egypt's first and only democratically elected President Mohammed Morsi collapsed in court during a trial and died Monday.

The 67-year-old Morsi had just addressed the court, speaking from the glass cage he is kept in during sessions and warning that he had "many secrets" he could reveal, a judicial official said. A few minutes afterward, he collapsed, the official said, speaking on condition of anonymity because he was not authorized to talk to the press. State TV later said Morsi died from a heart attack.

In his final comments, he reiterated he was Egypt's only legitimate and freely-elected president, demanding a special tribunal, one of his defense lawyers, Kamel Madour told the Associated Press.

Morsi has been in prison undergoing multiple trials ever since the military ousted him in July 2013 and launched a massive crackdown on Muslim Brotherhood. Monday's session was part of a retrial, being held inside Cairo's Tura Prison, on charges of espionage with the Palestinian resistance movement Hamas.

Morsi's son, Ahmed, confirmed the death of his father in a Facebook post. He had been serving a seven-year sentence for falsifying his candidacy application for the 2012 presidential race.

The Egyptian authorities "put him in solitary confinement... they withheld medication and gave him disgusting food... they did not give him the most basic human rights," the Brotherhood's Freedom and Justice Party said in a statement published on its website.

"Unfortunately, the incident took place in the court room. I first of all I wish God's mercy for our martyred brother Morsi," he said.

"The West has always been silent in the face of these executions by (Abdel Fattah) el-Sissi. The EU member states forbidding execution unfortunately accepted an invitation by this murderer Sissi to attend a meeting in Egypt," he said, criticizing the EU for being "hypocrites" and calling Sissi a "tyrant" who took power in a "coup" and who has trampled on democracy.

Erdoğan has on many occasions strongly denounced Morsi's ouster and called for the release of Muslim Brotherhood prisoners in Egypt.

Mustafa Şentop, chairman of the Grand National Assembly of Turkey, also expressed condolences to "the people of Egypt, the Islamic world and oppressed nations all over the world."

Stating that he had received the news of his death with deep sorrow, Şentop said on Twitter that he believed the life and struggle of Morsi would guide those who follow in his footsteps.

"What happened in Egypt and to Muhammad Morsi, who struggled for the freedom and welfare of his people, is exemplary for it reveals the true nature and functioning of coup plotters targeting legitimate governments, and unveiling the true face of some of the Western apostles," he said.

Declaring Mursi and his friends as winners on the scales of justice and before history, Şentop said the coupists were the real losers and praised Morsi for being a great leader who had the courage to stand on the side of legitimacy.

"The coup took him away from power, but his memory will not be erased from our hearts. The Ummah will not forget his firm stance! Rest in peace Morsi," he wrote on Twitter.

The ruling Justice and Development Party (AK Party)'s acting chairman Numan Kurtulmuş also called Morsi a "martyr" who had been elected by the legitimate votes of Egyptian people. He also extended condolences over Morsi's death.

"Egypt's first elected President Mohammed Morsi, was being tried in courtrooms under the control of the junta after an immoral and unlawful coup. He was martyred in the courtroom," AK Party spokesman Ömer Çelik said, joining other Turkish officials.

"Those who raised their voices to the coup and searched for ways of appealing fulfilled and are trying to fulfill their duty. But the so-called democratic world could not pass this test. They were silent against the executions and laid the red carpet to the putschists. This shame will always be written on their forehead," he said.

In 2013, Morsi was removed from power in a military coup led by current leader el-Sissi.

The jailed former leader was facing an array of charges in multiple court cases.