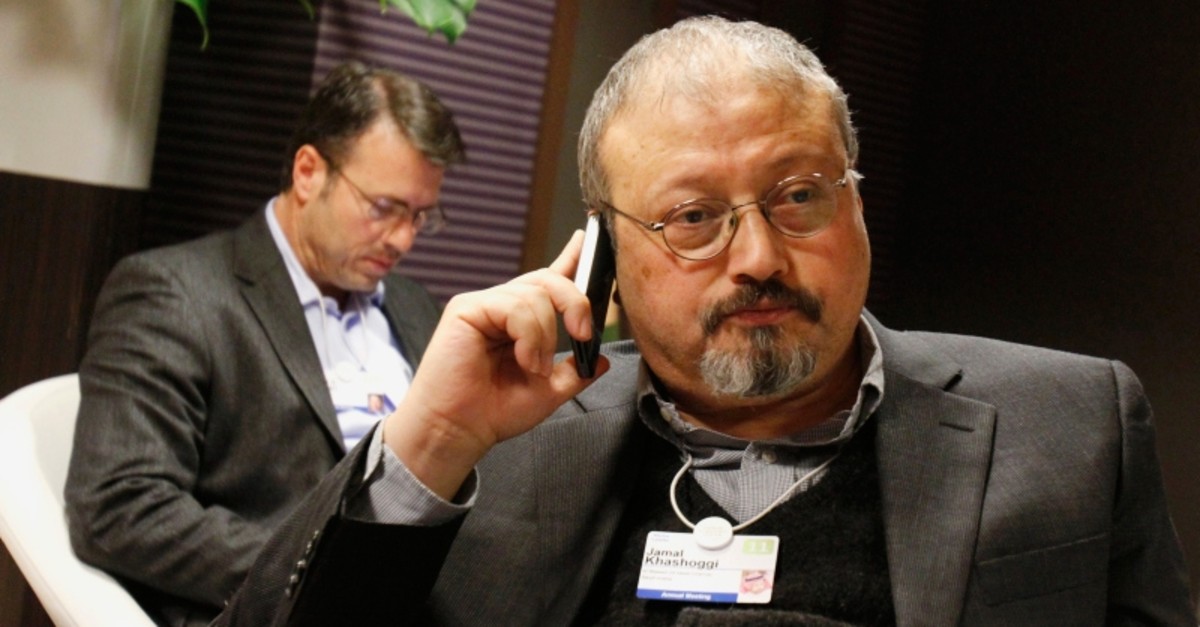 The gathering on the second floor of the Saudi consulate featured an unlikely collection: a forensic doctor, intelligence and security officers, agents of the crown prince's office. As they waited for their target to arrive, one asked how they would carry out the body.

Not to worry, the doctor said: "Joints will be separated. It is not a problem," he assured. "If we take plastic bags and cut it into pieces, it will be finished. We will wrap each of them."

Their prey, Saudi journalist Jamal Khashoggi, would not leave the consulate in Istanbul alive. And on Wednesday, more than eight months after his death, a U.N. special rapporteur revealed new details of the slaying — part of a report that insisted there was "credible evidence" to warrant further investigation and financial sanctions against Saudi Crown Prince Mohammed bin Salman.

The report brought the grisly case back into the spotlight just as the prince and his country appeared to be emerging from the stain of the scandal. But it contained no smoking gun likely to cause President Donald Trump to abandon one of his closest allies — and none likely to send the crown prince before a tribunal.

And yet the details of the Oct. 2 killing were so chilling, and now so public, that it's hard to fathom that there won't be repercussions.

On the recording, will it "be possible to put the trunk in a bag?" asked Maher Mutreb, a Saudi intelligence officer who worked for a senior advisor to the crown prince.

"No. Too heavy," responded Salah al-Tubaigy, an Interior Ministry forensics doctor who would dismember and dispose of the body, according to the report. He hoped his job would "be easy".

Tubaigy continued: "Joints will be separated. It is not a problem. The body is heavy. First time I cut on the ground. If we take plastic bags and cut it into pieces, it will be finished. We will wrap each of them."

At the end of the exchange with Tobaigy, Mutreb asks if "the sacrificial lamb" has arrived. At no point is Khashoggi's name mentioned, but two minutes later he enters the building.

Khashoggi enters the consulate, hoping to collect a Saudi document that would let him wed his Turkish fiancee. He is led into the consul general's office and told he has to return to Saudi Arabia.

"Let's make it short," the official tells him, adding: "Send a message to your son."

"Which son? What should I say to my son?" Khashoggi asks.

"You will type a message. Let's rehearse; show us," the official says, prodding: "Type it, Mr. Jamal. Hurry up."

Within minutes, the official loses patience and, the rapporteur said, apparently pulls out a syringe.

"Are you going to give me drugs?" Khashoggi asks.

"We will anesthetize you," he is told.

Then came the sounds of struggle, "movement and heavy panting," and finally — according to Turkish intelligence relayed in the report — the sounds of a saw.

He is believed to have been dismembered inside the consulate. His remains have never been found.

The nearly minute-by-minute narrative is part of a 101-page report from the U.N. special rapporteur for extrajudicial, summary and arbitrary executions. Agnes Callamard, who is not a United Nations staffer, launched her inquiry in January under her mandate from the U.N.-backed Human Rights Council.

Her report is to be presented at a council session that opens Monday. The 47-nation Geneva body has already supported more scrutiny of a Saudi-led military campaign in neighboring Yemen that has been blamed for the deaths of thousands of civilians.

The Saudi minister of state for foreign affairs, Adel al-Jubeir, dismissed the report in a tweet, saying that it contained "nothing new" and was riddled with "clear contradictions and baseless allegations which challenge its credibility."

"The Saudi judiciary is the sole party qualified to deal with the Khashoggi case and works with full independence," he added.

The report comes as damage to the crown prince's reputation had begun to fade, with countries and companies resuming business with the uber-wealthy kingdom. In recent weeks, the Trump administration has tried to ram through a sale of weapons to Saudi Arabia over objections in Congress. A British petrochemicals company laid out a $2 billion investment to build three plants in the kingdom.

Callamard said responsibility for Khashoggi's killing falls on Saudi Arabia, even if she can't attribute guilt. But the focus has lingered over the man who is next in line to become its king. There is, she said, "sufficient credible evidence regarding the responsibility of the Crown Prince demanding further investigation."

She said people directly implicated in the murder reported to him. And she flagged Saudi Arabia's track record with human rights violations in the past, saying "there was no way the leaders of that state including the crown prince were not aware of those violations."

Callamard listed dozens of recommendations, and urged U.N. bodies or Secretary-General Antonio Guterres to demand a follow-up criminal investigation. She insisted that the U.N. chief should be able to establish one "without any trigger by a state." But U.N. spokesman Stephane Dujarric said Guterres could only do so with a mandate from "a competent intergovernmental body."

Callamard called for sanctions specifically against the crown prince, even before his guilt or innocence is determined.

An investigation should look into how much the crown prince knew, whether he had a direct or indirect role, and whether he could have stopped the killing, she said.

The 33-year-old prince, who continues to have the support of his father, King Salman, denies any involvement. Trump has defended U.S.-Saudi ties in the face of international outcry over the slaying. Many U.S. lawmakers have criticized Trump for not condemning Saudi Arabia over the journalist's killing.

In an interview with the Arabic newspaper Asharq al-Awsat published Sunday, the prince was quoted as saying Khashoggi's murder is a "very painful crime" and that the state "will seek to achieve full justice" against the perpetrators.

The report includes the names of 11 men on trial in Saudi Arabia for the killing; authorities there have never named them. It confirms that Saud al-Qahtani, a former top adviser to the crown prince who has been sanctioned by the U.S. in connection with Khashoggi's killing, has not been charged.

Callamard said Saudi Arabia should call off the trial and let the international community investigate, arguing that the case can hardly be considered a domestic issue now.

Saudi Arabia initially offered multiple shifting accounts about Khashoggi's disappearance. As international pressure mounted, the kingdom eventually settled on the explanation that he was killed by rogue officials in a brawl inside their consulate.

But the U.N. probe said it is hard to accept the theory that the leader of the 15-man Saudi team sent to the consulate at the time of Khashoggi's visit had planned the murder without any authorization from superiors in the Saudi capital, Riyadh.

Saudi Arabia has blamed the operation on Saudi agents who exceeded their authority. Saudi Arabia's own investigation said the agents were only given orders by two senior officials to forcibly bring Khashoggi back to Saudi Arabia, but not to kill him.

Before his death, Khashoggi wrote columns in The Washington Post criticizing the crown prince's crackdown on freedom of thought and expression, though he also commended the prince's social reforms. He wrote his columns after leaving Saudi Arabia to avoid being swept up in the crackdown.

In Istanbul, Turkish President Recep Tayyip Erdogan said the report had determined Saudi Arabia's responsibility over the killing, adding that the kingdom would have to account for the killing.

"They have declared that the Saudis are guilty and had knowledge," Erdogan said. "They will account for this, they will pay a price."

Callamard, an academic and rights advocate, said she never received a response from the Saudis on her request to travel to the kingdom, and said she only had access to a total of 45 minutes of tapes recorded within the consulate around the time of the killing. Turkish intelligence had referenced some seven hours of recordings.