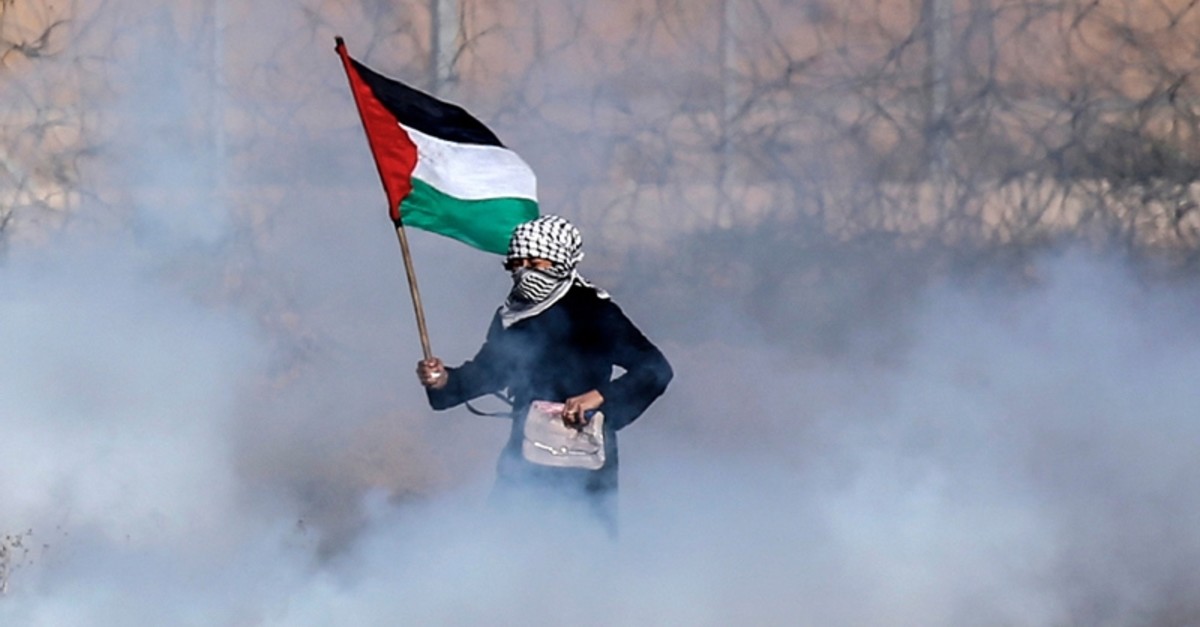 The British government approved arms sales to Israel worth over $17 million in 2018, when Israeli soldiers were accused of intentionally firing on and murdering Palestinian protesters at the Gaza border.

The information released by the Department of International Trade (DIT) and compiled by the Campaign Against the Arms Trade (CAAT) shows that licenses were issued for the sale of weapons that included parts for assault rifles, ammunition and other arms that would be used against Palestinian demonstrations.

Last year on May 18, an arms sale worth more than $125,000 was approved by the government just four days after 68 Palestinians were shot by Israeli soldiers. Ironically, the export was approved the same week, when then-Prime Minister Theresa May described killings as "extremely concerning".

Moreover, during a debate in the parliament on the same day, seven MPs urged for greater scrutiny on U.K. weapon exports to Israel. Some even called for imposing a total ban on arms sales to Tel Aviv.

Nonetheless, this did not stop the government from approving licenses to supply missile technology, military radar equipment and night vision gear amounting to $18 million from March 30 to the end of 2018.

"The message it sends is that, no matter what atrocities are inflicted on the Palestinian people, arms sales will continue" said CAAT spokesman Andrew Smith. "If shooting on the border didn't stop the arms sales, if the bombardment in 2014 and 2008 did not stop them, what more will it take?" he asked.

Smith said that although it is not clear whether the U.K.-made weapons were used specifically on the protesters, it symbolizes the government's priorities in choosing business over morality and ethics. He said the government is also making highly probable that its weapons will be used against innocent Palestinians in the future.

The recent revelations come after a U.K. court of appeal declared that the U.K. weapons exports to Saudi Arabia were unlawful, as they contributed to civilian deaths and casualties in the Saudi-led bombing of Yemen. The court further said the government had failed to assess whether such a contribution would breach international humanitarian law.

In an interview with the Middle East Eye, Husam Zomlot, Palestinian ambassador to the U.K., said that it is the British government's responsibility to assess whether its arms sales are lawful or not and that there was a wider legal context that must be analyzed beyond the arms trade.

"The U.K. government can only say if it has done its due process. We are not aware of such a process to ensure that these weapons do not harm innocent Palestinians and they do not end up aiding Israel in its illegal occupation and colonization of the land and people of Palestine," Zomlot said.

He said it was also a question of illegal occupation of land by a state in contravention to the basic U.K. and international law.

In March 2018, as many as 190 Palestinian civilians were killed and more than 6,000 were injured while demonstrating against Israel's brutal occupation and siege on the Palestinian territories. The demonstrations were labeled the Great March of Return and the Breaking of the Siege.

The UN Independent Commission of Inquiry on the 2018 Gaza protests, which was created by the Human Rights Council in 2018, investigated the violent response by the Israeli occupation forces towards the Palestinian protesters at the border and held that Israel may be guilty of war crimes.