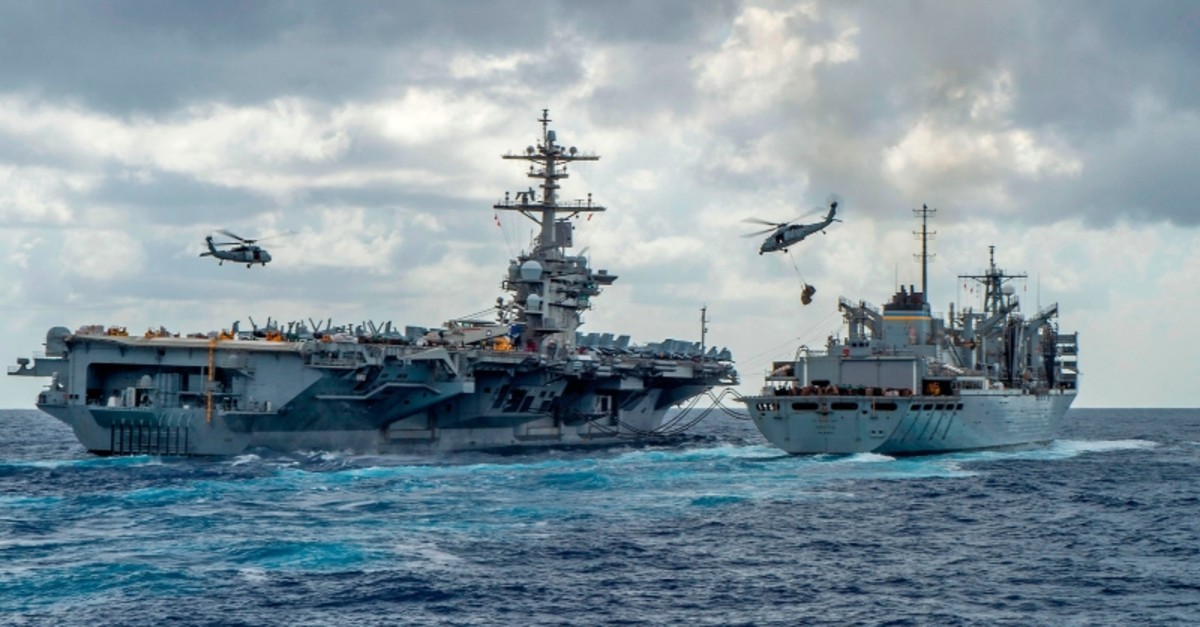 The United States is building a coalition with its allies to protect Gulf shipping lanes by having "eyes on all shipping", a senior U.S. State Department official said on Monday, as President Donald Trump is suggesting the U.S. should not protect ships in the strategic Strait of Hormuz without compensation from other countries in the wake of attacks on oil tankers that Washington blamed on Iran.

The official told reporters en route to the United Arab Emirates that a coalition of nations would provide both material and financial contributions to the "Sentinel" programme, but did not name the countries, according to Reuters.

"It's about proactive deterrence, because the Iranians just want to go out and do what they want to do and say hey we didn't do it. We know what they've done," he said, adding that the deterrents would include cameras, binoculars and ships.

Hours earlier, Trump declared that the U.S. has only limited strategic interest in the "dangerous" region.

In a pair of tweets, Trump said US aims regarding Iran boil down to "No Nuclear Weapons and No Further Sponsoring of Terror."

As for Iran's threats to shut sea lanes used to transport a large portion of the world's oil exports through the Persian Gulf, Washington is not concerned, Trump said.

Trump says most of the oil China and Japan import goes through "the Straight," adding, "All of these countries should be protecting their own ships on what has always been a dangerous journey."

Stating that the U.S. is now the world's biggest energy producer, thereby weaning itself off decades of dependence on Middle Eastern oil, Trump said "we don't even need to be there."

And the U.S. military should not be depended upon to keep the narrow sea routes along Iran's coast free.

"Why are we protecting the shipping lanes for other countries (many years) for zero compensation," he asked.

His comments follow remarks from Brian Hook, the U.S. special representative for Iran who was in Oman during a visit to several Gulf countries, that there needs to be a "global response" to what he called Iranian threats to freedom of navigation in the strait.

"Iran's threats to international shipping impact states around the world, from oil producers in the Gulf and to European consumers and especially Asian consumers," Hook says.

"This is a global challenge that requires a global response," he adds, noting that more than 60 percent of oil exported through the Strait of Hormuz goes directly to Asian markets.

A "number of ideas" are on the table, Hook says, citing the example of an existing multinational maritime force aimed at countering smugglers and protecting commercial navigation. This week's G20 summit will be a "good forum for further conversations," he says.

As for Tehran, Trump said, his only demand is that the country not pursue nuclear weapons and halts what the United States claims is backing for terrorist groups.

"The U.S. request for Iran is very simple," he wrote.

Iran insists that it does not have a nuclear weapons program and it signed onto an international pact in 2015 meant to ensure that its nuclear industry sticks to civilian uses. Trump pulled the United States out of the deal in 2017, seeking its collapse.

Trump's latest signaling of a pullback from what has long been a region featuring an intense U.S. presence comes amid growing military tension between the U.S. and Iran.

On Friday, Trump called off a bombing strike on Iranian facilities that had been planned as retaliation for the downing by Iran of a U.S. spy drone.

Earlier, mysterious attacks were carried out on oil tankers transiting the same area. They were blamed on Iran by Washington, although the Iranians say they were not involved.

Trump's tweets add to his record of seeking a wider drawdown of the U.S. diplomatic and military footprint around the world.