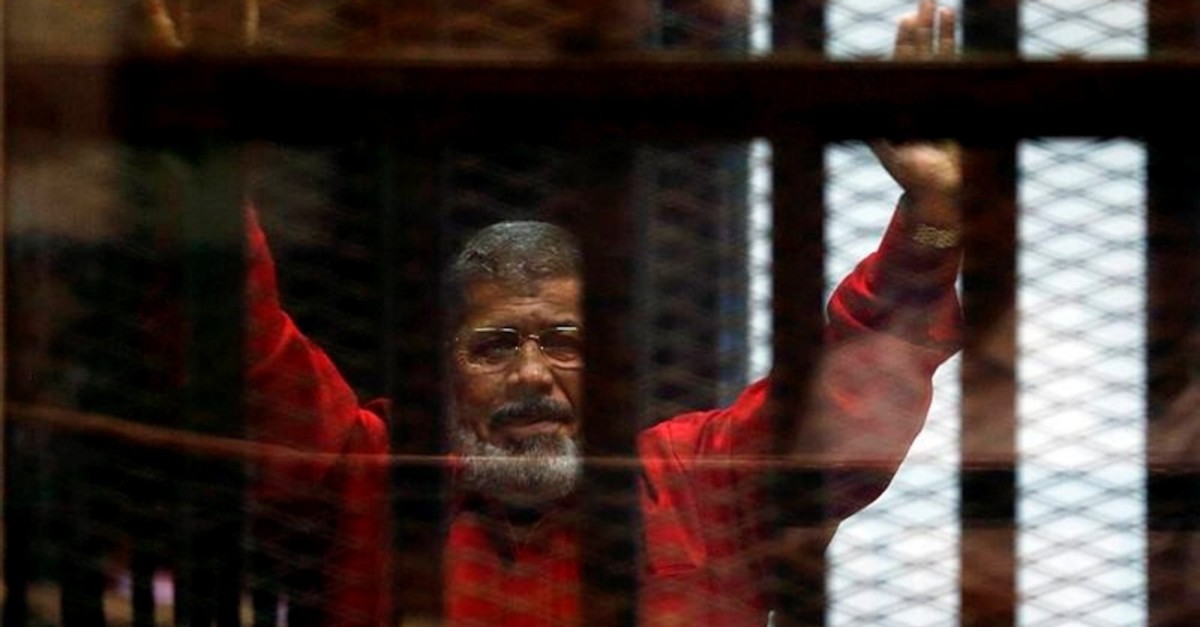 The MEE claimed that Morsi was pressured to surrender his legitimacy as the elected president of Egypt and bow down to the regime of Abdel-Fattah el-Sissi, but he rejected. Morsi was told to disband the Muslim Brotherhood or "face the consequences," the MEE said in the report. He refused to talk about closing down the Muslim Brotherhood, saying he "is not the leader of the movement." Morsi dismissed the threat and he was dead after a couple of days.

Morsi has been in prison undergoing multiple trials ever since the military led by then-Defense Minister and Chief of Staff Gen. Abdel Fattah el-Sissi ousted him in July 2013 and launched a massive crackdown on the Muslim Brotherhood. Monday's session was part of a retrial, being held inside Cairo's Tura Prison, on charges of espionage with the Palestinian resistance movement Hamas. The Muslim Brotherhood has accused Egyptian authorities of being responsible for Morsi's "deliberate slow death."

The Egyptian authorities "put him in solitary confinement... they withheld medication and gave him disgusting food... they did not give him the most basic human rights," the Brotherhood's Freedom and Justice Party said in a statement published on its website.

Senior Muslim Brotherhood official Amr Darrag called for an international expert team to examine Morsi's body. Amnesty International also called for a fair, transparent and comprehensive Egyptian investigation into Morsi's death. Egypt's government has dismissed all accusations that he was badly treated. Morsi's son Abdullah has accused Sissi, who took over as president in 2014, and a number of officials of "killing" his father.

Following Morsi's sudden death on June 17, Turkish leaders have decried his mistreatment and suggested that his death was no accident. President Recep Tayyip Erdoğan, calling Morsi a "martyr," extended condolences to his family and the Egyptian people. "Unfortunately, the incident took place in the court room. I first of all I wish God's mercy for our martyred brother Morsi," he said. "The West has always been silent in the face of these executions by Sissi. The EU member states forbidding execution unfortunately accepted an invitation by this murderer el-Sissi to attend a meeting in Egypt," he said, criticizing the EU for being "hypocrites" and calling Sissi a "tyrant" who took power in a "coup" and trampled on democracy.