Russia says Iran downed US drone inside its airspace 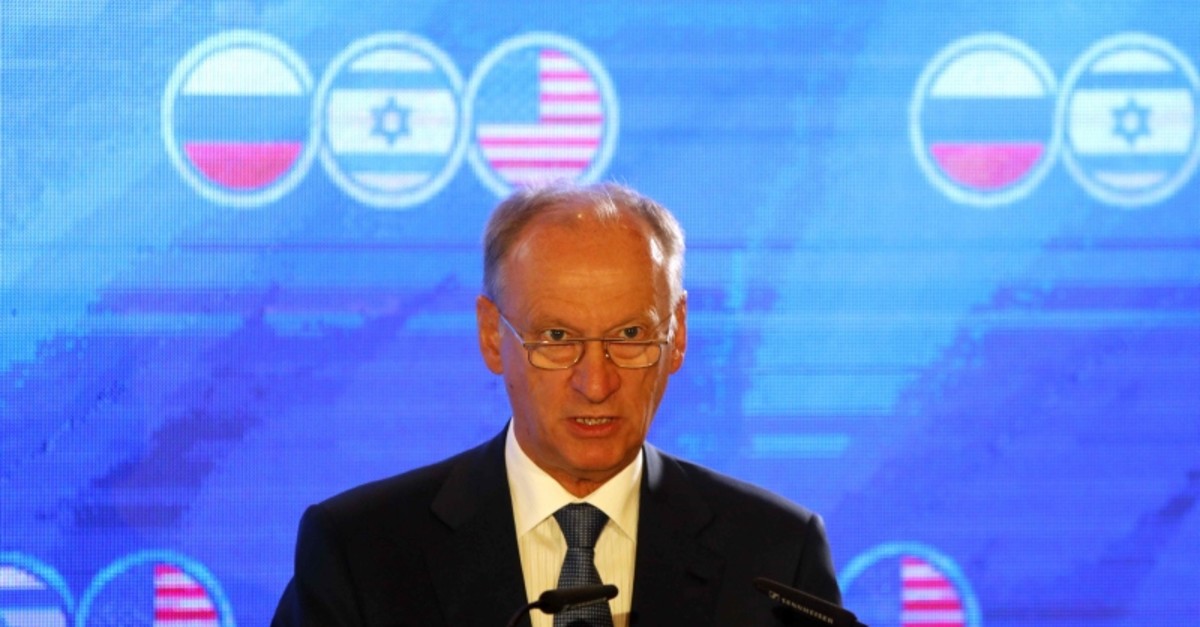 Nikolai Patrushev, secretary of the Russian Security Council, speaks during a trilateral summit between the US, Israel and Russia, in Jerusalem, June 25, 2019. (AFP Photo)
by Associated Press Jun 25, 2019 2:25 pm

Nikolai Patrushev's assessment contradicts U.S. claims that the aircraft was downed in international airspace over the Strait of Hormuz.

Patrushev spoke to reporters after a three-way meeting with his Russian and Israeli counterparts in Jerusalem. He said Iran has not briefed Russia about the incident but that the Russian Defense Ministry has concluded the drone had entered Iranian airspace.

He said: "We have not seen any proof otherwise."

President Donald Trump called off a planned U.S. reprisal in response to the shoot-down just minutes before it was to take place but has imposed new sanctions on Iran.

Patrushev also rebuffed U.S. and Israeli attempts to isolate Iran, urging both countries to show "restraint" toward the country.

He said attempts to present Iran "as the main threat to regional security" or to equate it to international terrorist groups are "not acceptable."

Patrushev noted that "Iran is contributing a lot to fighting terrorists on the Syrian soil and stabilizing the situation there" and called on Israel and the U.S. to encourage a political settlement in Syria.