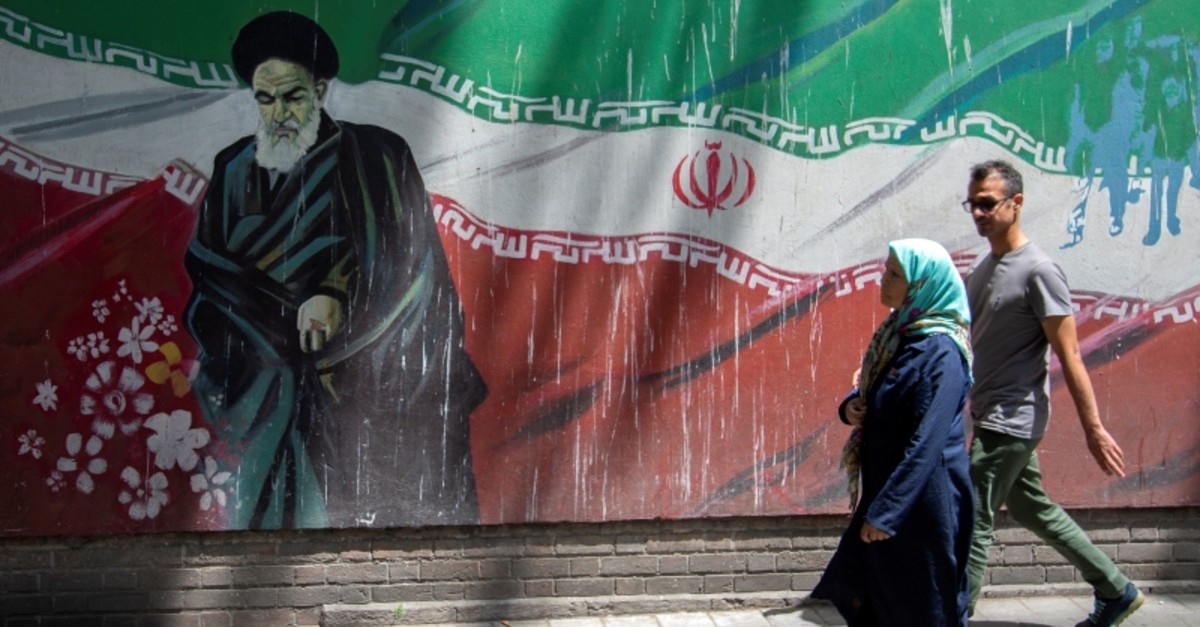 "This morning Iran passed the 4.5% level in uranium enrichment... this level of purity completely satisfies the power plant fuel requirements of the country," Kamalvandi added.

The acknowledgement by the spokesman of the Atomic Energy Organization of Iran comes a day after Iran pledged to break the deal's limit of 3.67%.

The decision to ramp up uranium enrichment came less than a week after Iran acknowledged breaking the 300-kilogram (661-pound) limit on its low-enriched uranium stockpile.

Experts warn higher enrichment and a growing stockpile could begin to narrow the one-year window Iran would need to have enough material for an atomic bomb, something Iran denies it wants but the deal prevented.

The future of the accord that President Donald Trump unilaterally pulled the U.S. from a year ago remains in question. While Iran's recent measures to increase enrichment and break its low-enriched uranium stockpile limit could be easily reversed, Europe has struggled to respond, even after getting a 60-day warning that the increase was coming.

"We strongly urge Iran to stop and reverse all activities that are inconsistent with the commitments made under the JCPOA," EU spokeswoman Maja Kocijancic told reporters on Monday. JCPOA is an abbreviation for the deal's formal name: the Joint Comprehensive Plan of Action.

China, meanwhile, accused the United States of "bullying" Iran through re-imposing sanctions on Tehran after withdrawing from the accord. The remaining signatories to the deal with Iran are Britain, France, Germany, China and Russia.

Experts fear a miscalculation in the crisis could explode into open conflict, as Trump already has nearly bombed Iran over Tehran shooting down a U.S. military surveillance drone.

On Sunday, Trump warned that "Iran better be careful." He didn't elaborate on what actions the U.S. might consider but told reporters: "Iran's doing a lot of bad things."

Iran has been closely monitored by inspectors from the International Atomic Energy Agency, the U.N.'s nuclear watchdog.

"We are aware of Iran's announcement related to its uranium enrichment level," the agency said Monday. "We are in the process of verifying this development."

Enriched uranium at the 3.67% level is enough for peaceful pursuits but is far below weapons-grade levels of 90%.

Kamalvandi separately hinted in a state television interview broadcast Monday that the country might consider going to 20% enrichment or higher as a third step, if the material is needed. That would worry nuclear nonproliferation experts, because 20% is a short technical step away from reaching weapons-grade levels of 90%. Kamalvandi also suggested using new or more centrifuges, which are limited by the deal.

Foreign Ministry spokesman Abbas Mousavi said Iran appreciated the efforts of some nations to save the deal, but offered a jaded tone on whether Tehran trusted anyone in the negotiations.

"We have no hope nor trust in anyone, nor any country, but the door of diplomacy is open," Mousavi said.

He also gave a sharp, yet unelaborated warning to Europe about another 60-day deadline Iran set Sunday. That deadline will come Sept. 5, though Iran's senior Vice President Eshaq Jahangiri on Monday described the deadline as being Sept. 7. The two dates could not be immediately reconciled.

"If the remaining countries in the deal, especially the Europeans, do not fulfill their commitments seriously, and not do anything more than talk, Iran's third step will be harder, more steadfast and somehow stunning," he said.

While Beijing expressed regret over Iran's action, Chinese Foreign Ministry spokesman Geng Shuang said at a briefing that "maximum pressure" imposed by the U.S. was the "root cause" of the crisis.

"It has been proven that unilateral bullying has become a worsening 'tumor' and is creating more problems and greater crises on a global scale," Geng said.

Meanwhile, Mousavi said he didn't know where an Iranian supertanker was heading when it was seized off the coast of Gibraltar. Authorities there say they seized the Grace 1, believed to be carrying over 2 million barrels of oil, over European Union sanctions on Syria — though Spain said the seizure came at the request of the U.S.

Hard-liners in Iran have demanded a British oil tanker be seized in response. State TV said Britain's ambassador to Tehran had been summoned for a third time on Monday.

A lawmaker also has suggested Iran charge ships moving through the Strait of Hormuz, something Mousavi dismissed while insisting Iran's right to patrol the waters off their coast.

"We are responsible for maritime protection of the Persian Gulf and the Strait of Hormuz. This is our region. This is our gulf," he said, reiterating Iran's longtime stance. "This is our innate duty to secure this region and sustain its security. Countries that claim from thousands of miles from here that they should guarantee the maritime security here are speaking exaggeratedly."