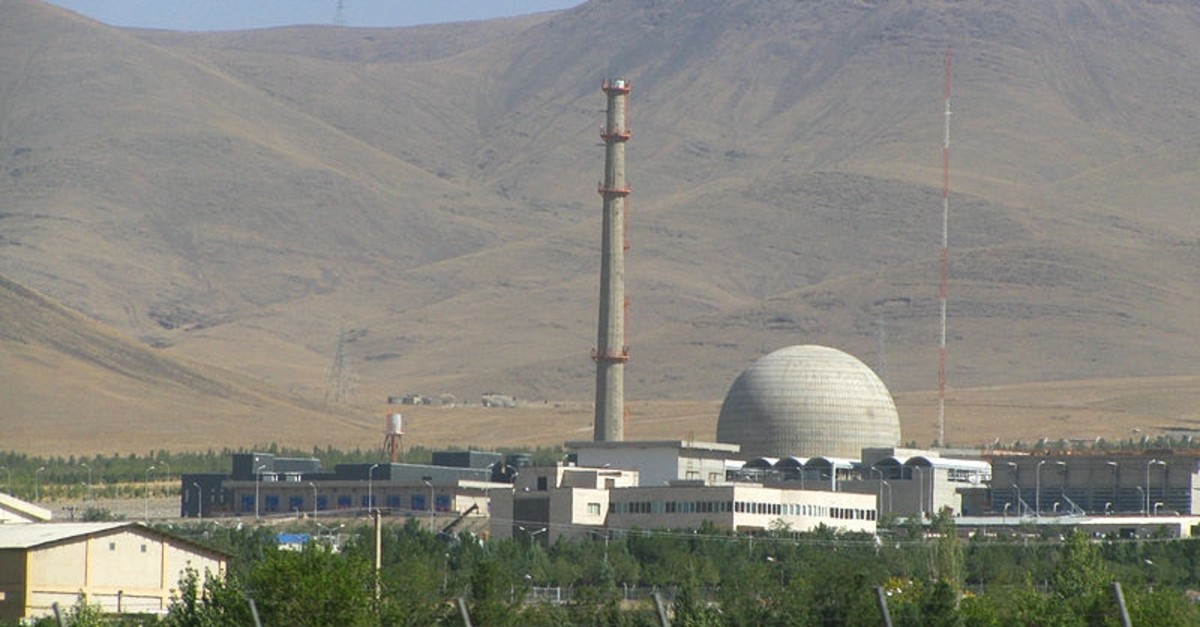 Heavy water can be employed in reactors to produce plutonium, a fuel used in nuclear warheads.

Tension has been running high between Iran and the West since U.S. President Donald Trump unilaterally withdrew his country from a 2015 nuclear deal and re-imposed sanctions on Iran.

In response, Tehran last month announced measures to scale back its commitments to the deal, citing lack of action from the Europeans to save the agreement.

The remaining signatories have tried to hold the nuclear deal together, an increasingly difficult task as tensions between Washington and Tehran have soared in recent weeks.

Later on Sunday, Britain, France, Germany, Russia and China will meet Iran in Vienna to discuss how to save the accord in an extraordinary meeting.

On July 3, President Hassan Rouhani said Tehran would increase its uranium enrichment levels and start to revive its Arak heavy-water reactor after July 7 if the nations in the nuclear pact did not protect trade with Iran promised under the deal but blocked by the U.S. sanctions.

The reduction of commitments can be reversed, Iranian officials have said, if the remaining signatories to the deal uphold their promises.

Western powers have said Iran's nuclear ambitions must be curbed due to their concerns that Tehran intends to build nuclear weapons. Tehran denies this.

The meeting on Sunday of the Joint Commission of the Joint Comprehensive Plan of Action (JCPOA), the deal's formal name, will be chaired by the EU foreign policy service's Secretary General Helga Schmid in Vienna.

Britain, France, Germany, Russia, China and Iran have been trying to salvage the pact. The European-led efforts to protect trade with Iran against the U.S. sanctions have yielded nothing concrete so far.

"All our steps taken so far are reversible if other parties to the deal fulfil their commitments," an Iranian diplomat told Reuters before the extraordinary meeting was due to start.

So far, Iran has breached the limit of its enriched uranium stockpile as well as enriching uranium beyond a 3.67% purity limit set by its deal with major powers, defying a warning by Europeans to stick to the deal despite U.S. sanctions.

The U.N. nuclear watchdog, policing the deal, has confirmed the measures announced by Tehran.

"(Trade vehicle) INSTEX , along with other measures, will be discussed in the meeting. Other parties should accelerate their efforts, otherwise Iran will take a third step," the diplomat said.

The meeting in Vienna comes after Iran's elite Revolutionary Guards seized a British-flagged oil tanker on July 19, two weeks after British forces captured an Iranian oil tanker near Gibraltar which it said was violating sanctions on Syria.

Iran's senior nuclear negotiator Abbas Araqchi said on Sunday Britain's seizure of the Iranian oil tanker was a violation of the nuclear pact.

"We witnessed the seizure of an oil tanker carrying Iranian oil in the Strait of Gibraltar which in our view is a violation of (the nuclear deal)," Araqchi said.

"And the countries who are part of (the nuclear deal) shouldn't create obstacles for the export of Iranian oil."

Britain has called for a European-led naval mission to ensure safe shipping through the Strait of Hormuz, a vital international oil shipping route. An Iranian government spokesman said on Sunday such a mission would send a "hostile message".

Britain said on Sunday Royal Navy destroyer HMS Duncan had arrived in the Gulf to join a British frigate escorting British-flagged ships through the Strait.

Iran has threatened to disrupt oil shipments through the waterway, where several oil tankers have been attacked, if the United States tries to strangle its economy with sanctions on its vital oil exports.

The presence of foreign forces would be the main source of tension in the Gulf, Iranian President Hassan Rouhani said on Sunday in a meeting with Oman's foreign minister in Tehran, according to the official presidency website.

France, Italy and Denmark gave initial support for a British plan for a European-led naval mission to ensure safe shipping through the Strait of Hormuz, proposed after Iran's seizure of a British-flagged tanker, three senior EU diplomats said last week.

"The presence of foreign forces will not only not help the security of the region, but will be the main factor for tension," Rouhani said, saying Iran and Oman had primary responsibility for securing the Strait of Hormuz.

"The roots of the unpleasant events and tension in the region today are the unilateral withdrawal of America (from the 2015 nuclear deal)," he said.