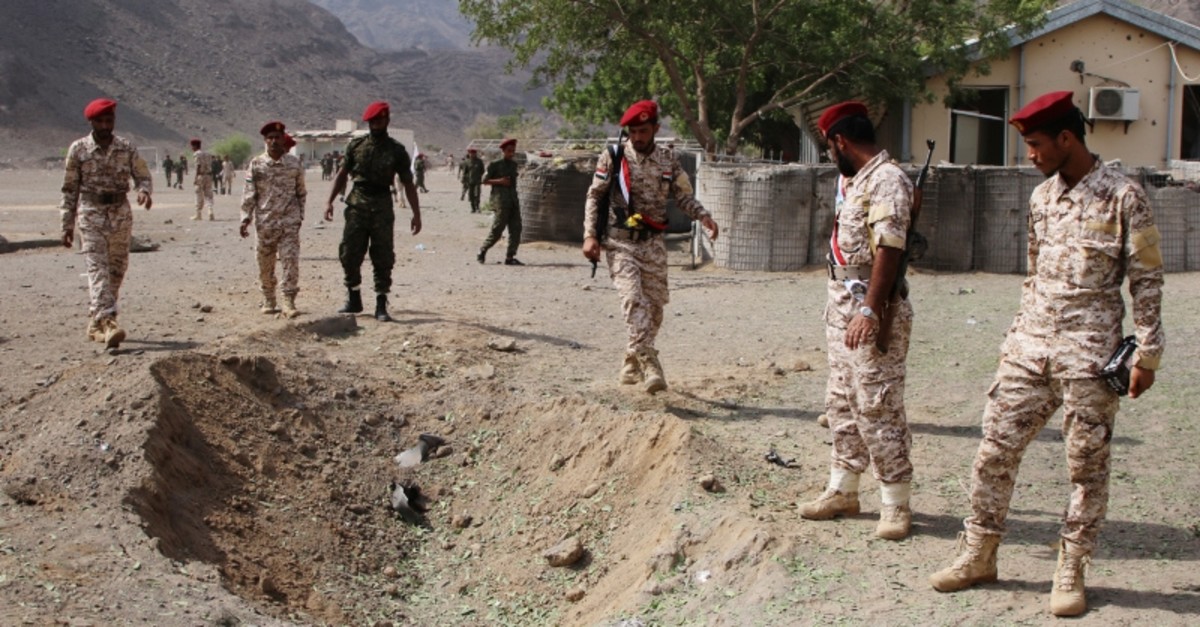 Soldiers are seen at the scene of the blast after a missile attack on a military parade during a graduation ceremony for newly recruited troopers in Aden, Yemen, Aug. 1, 2019. (Reuters Photo)
by Compiled from Wire Services Aug 01, 2019 10:14 am

At least 51 people were killed in attacks in the Yemeni port city of Aden on Thursday, an official said.

Some 40 people were killed in a missile attack on a military parade in the al-Galaa camp in the city's neighborhood of Breiqa, while 11 others were killed in coordinated suicide bombings at a police station earlier in the day.

The al-Galaa camp houses forces loyal to the United Arab Emirates, a member of the Saudi-led coalition fighting the country's Iran-backed Houthis since 2015. The website of the country's Houthi rebels quoted spokesman Brig. Gen. Yehia Sarea as saying the rebels had fired a ballistic missile on the camp.

A total of 56 people were wounded in Thursday's attacks.

The nearly simultaneous attacks shattered a year of relative calm in the southern port city.

Aden is the seat of Yemen's internationally recognized government, which has been at war with the rebel Houthis who control the capital, Sanaa, and most of the country's north. Aden also hosts terrorists from al-Qaida and Daesh, who have claimed a number of attacks in the city in recent years.