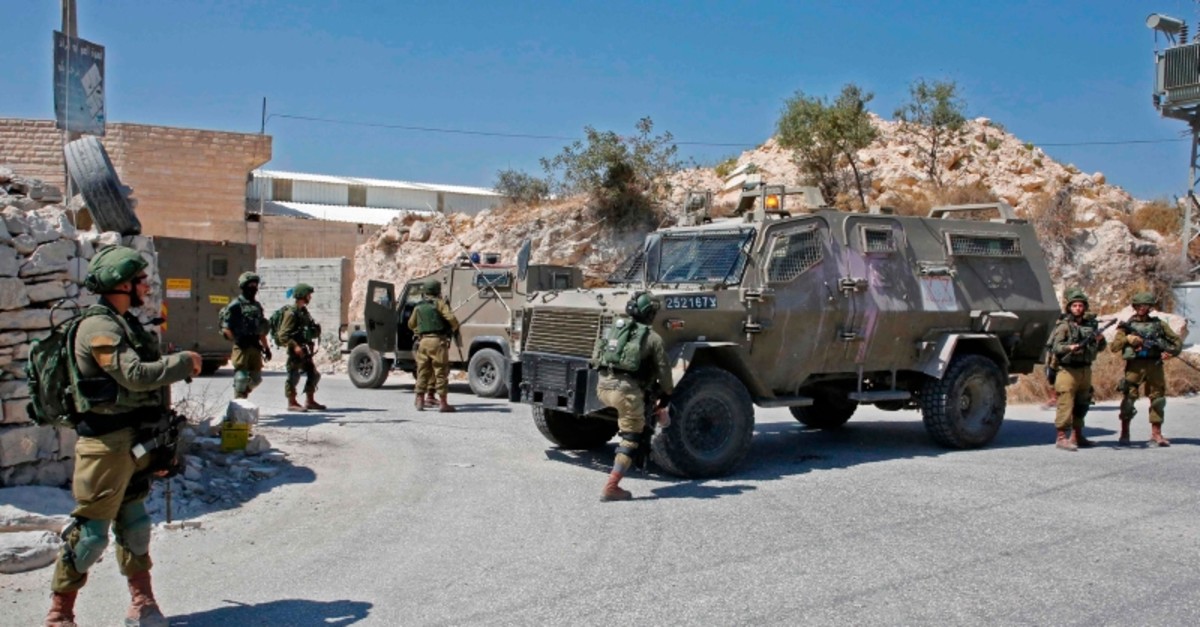 Israeli troops block a road during a house-to-house search operation in the West Bank village of Beit Fajjar near Bethlehem on Aug. 8, 2019 (AFP Photo)
by Anadolu Agency Aug 08, 2019 11:08 am

An Israeli soldier was found dead on Thursday after he was stabbed near illegal Jewish settlements in the occupied West Bank.

"The soldier had been missing since Wednesday evening and his body was found in the early hours of Thursday with stabbing wounds," the Israeli army said.

According to the statement, the soldier had first been abducted and he had not been murdered at the site where his body was found.

"The soldier was a student in Yeshiva [Jewish education center] and at the first stage of his military service," the army said.

Israeli army intensified its troop presence in the area and have launched a manhunt for the attacker along with Israeli Shin Bet intelligence agency and police.

Major Israel forces raided Beit Fajjar town in southern Bethlehem and searched shops and homes before confiscating records of security cameras and questioned a number of locals, according to eyewitnesses.

The Israeli army also erected military barricades at the entrances of the areas of Beit Einun, Al-Aroub, Al-Shuyukh and Sair.