WFP to resume food aid to Yemenis after long delays 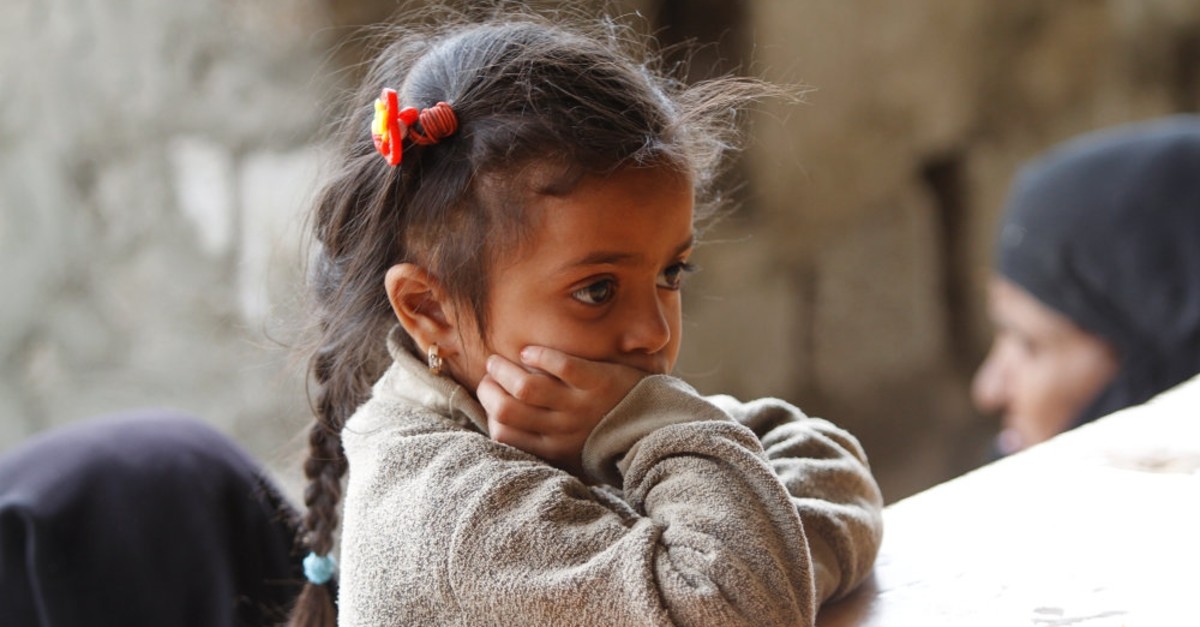 While the brutal war in Yemen has worsened the humanitarian situation for civilians in the country, the World Food Program (WFP) announced that it is preparing to resume food distributions for 850,000 people in Yemen's capital Sanaa after a two-month halt following an agreement with Houthi authorities.

The U.N. agency halted some aid in the Yemeni capital on June 20 out of concern that food was being diverted from vulnerable people, but said it would maintain nutrition programs for malnourished children, pregnant and nursing mothers. In a statement issued on Friday, it said it would resume food distributions following Eid al-Adha. "WFP is confident that putting in place biometrics will ensure food gets to the most deserving people and that diversion of vital food assistance is prevented," it said.

War-torn Yemen has long been suffering from extreme poverty, leading to starvation. It has been repeatedly reported that children as well as elderly people have died of starvation and hunger-related diseases. Earlier this year, the WFP had also stated that it may suspend its food deliveries to Yemen due to misuse by the Houthis, while a CNN report revealed that the Houthis were being selective with aid delivery; those supporting the movement deny this claim. This has revealed the fact that food has become a weapon in the country.

More than 70,000 people have been killed in the conflict since 2016, according to U.N. estimates. Amid a series of international warnings, continuing military support from Western countries, which include arms sales, for the Saudi-led coalition has prompted further fears of escalation of the humanitarian crisis in the country. The coalition led by Saudi Arabia and the United Arab Emirates (UAE) has been using weapons produced in Europe and the U.S. to kill and wound hundreds of civilians in Yemen, according to a report released by a Yemen-based human rights group last month.

The Saudi-led coalition is continuing to target residential areas, with the latest Oxfam report showing that a total of 335 Yemeni children have been killed in Yemen in the past year. The international humanitarian group said the "children have been killed by violent attacks including airstrikes, mines and shelling since 9 August 2018," and that almost 600 have been injured during that time. On Aug. 9, a Saudi-led airstrike targeted a bus carrying children in Yemen's northwestern Saada province. At least 50 people, including 41 children, were killed and dozens of others injured. "Almost one child a day has been killed in the year since and violence remains a daily threat for Yemenis, alongside the struggle against hunger and disease," said Muhsin Siddiquey, Oxfam's Yemeni chief. He stressed the need for an urgent cease-fire. "All parties to the conflict and those with influence over them should do everything in their power to end this deadly war now," Siddiquey added.