Over 60,000 remain imprisoned on 6th anniversary of Egypt's Rabaa massacre 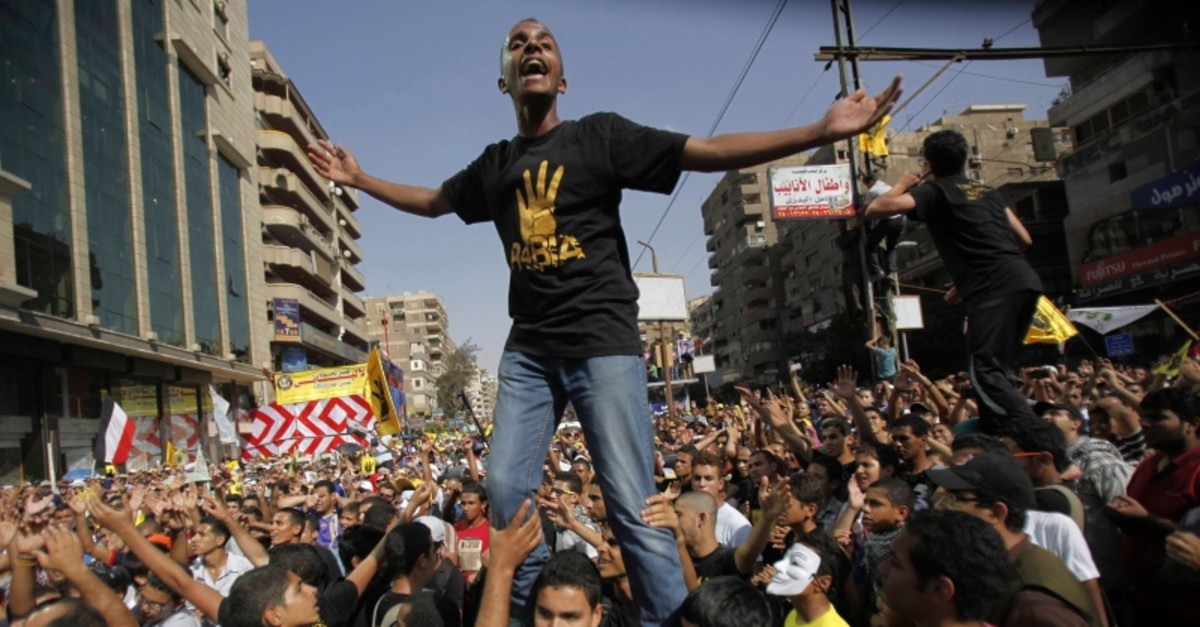 Members of the Muslim Brotherhood and supporters of ousted Egyptian President Mohamed Mursi shout slogans during a protest against the military near Rabaa al-Adaweya square in Cairo Oct. 4, 2013 (Reuters File Photo)
by Daily Sabah Aug 14, 2019 7:57 pm

Egypt on Wednesday marked the sixth year of the Rabaa massacre, in which over a thousand pro-democracy protesters were indiscriminately killed by the military. Since then, around 60,000 people have been imprisoned, an official from the Muslim Brotherhood said.

Muslim Brotherhood Secretary-General Mahmoud Husein told a conference in Istanbul that the massacre not only left thousands of people dead, but it also led to the imprisonment of 60,000 people over fabricated allegations.

Husein noted that the United Nations failed to take any action against the perpetrators of the massacre.

The brutal massacre took place after Egypt's first democratically elected president Mohammed Morsi was removed from office by a coup staged by the military led by Abdel Fattah el-Sisi on July 3, 2013.

The ouster sparked peaceful pro-democracy protests across the country in which thousands of demonstrators set up camps at al-Nahda and Rabia al-Adawiya squares in Cairo.

On August 14, the military stormed the protest camps, killing hundreds of pro-democracy activists in what was described by Human Rights Watch as the most serious incident of mass unlawful killings in Egypt's modern history.