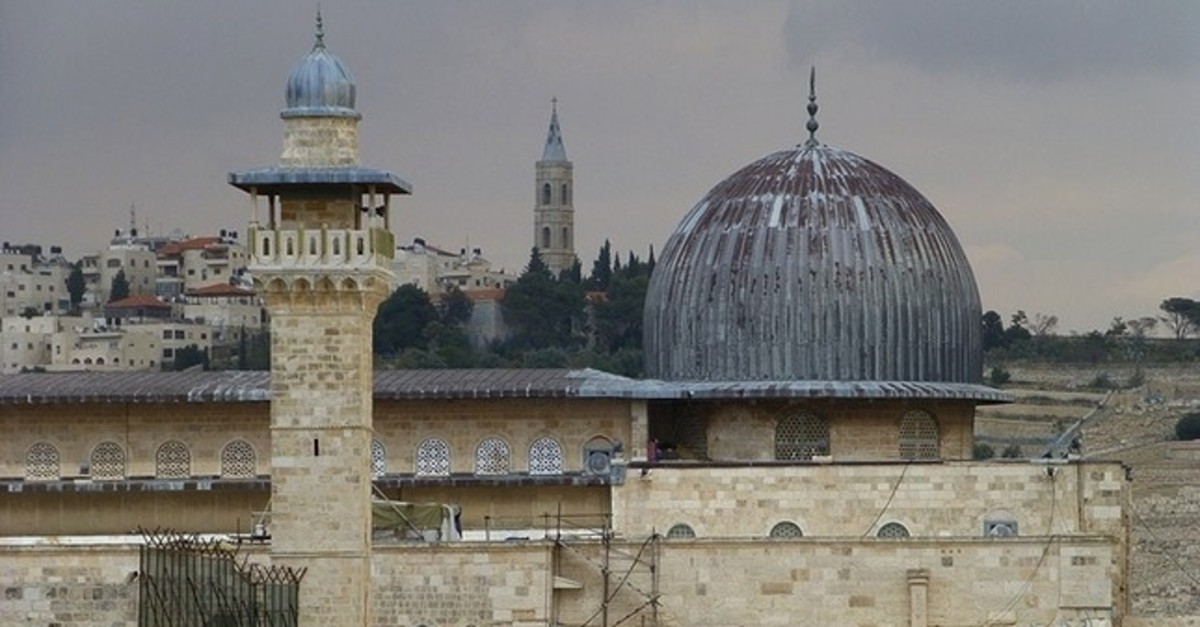 Turkey and the Palestinian Authority on Wednesday blasted Israeli calls to change the status quo of Jerusalem's flashpoint al-Aqsa Mosque.

Turkish Foreign Ministry said in a statement that Turkey "completely rejects" the call of Gilad Erdan, Israel's public security minister, to change the historical situation of the mosque.

In a statement, the Palestinian Presidency also condemned Erdan's call.

"We condemn these statements aimed at increasing tension and fueling the feelings of the Palestinian people, the Arab and Islamic nations," the presidency said.

It added that the mosque is a red line and any change in its situation is unacceptable. It held the Israeli government responsible for the ongoing provocations and attacks on religious sites in occupied Jerusalem, particularly on the al-Aqsa Mosque.

The presidency warned that if Israel continues such acts, this will lead to an uncontrollable situation or serious consequences.

"We call on the international community to intervene to put pressure on Israel to stop these acts," it said.

"I think there is an injustice in the status quo that has existed since 1967," Erdan told Israeli Radio on Tuesday.

"We need to work to change [the status quo] so in the future Jews, with the help of God, can pray at the Temple Mount," he added.

Israel occupied East Jerusalem, where al-Aqsa is located, during the 1967 Arab-Israeli War. In 1980, in a move never recognized by the international community, Israel annexed the entire city, claiming it as the self-proclaimed Jewish state's "eternal and undivided" capital.

For Muslims, al-Aqsa represents the world's third-holiest site after Mecca and Medina. Jews refer to the area as the "Temple Mount," claiming it was the site of two Jewish temples in ancient times.