Execution rates in Iran among the world's highest, UN says 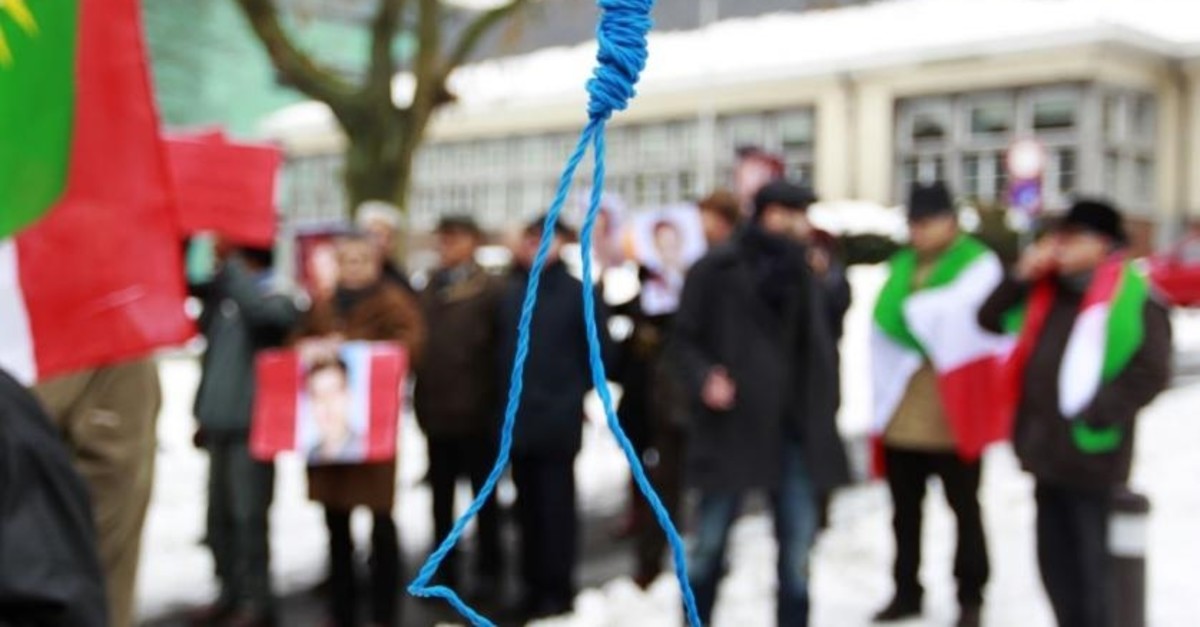 The U.N. expert on human rights in Iran says last year saw increasing restrictions on the right to freedom of expression and continuing violations of the right to life, liberty and a fair trial in the country, including 253 reported executions of adults and children.

The significant decline, he said, is attributed to enforcement of a 2017 amendment to Iran's anti-narcotics law that saw the number of executions for drug-related offenses drop from 231 in 2017 to at least 24 in 2018.

Rehman expressed concern that Iran has more than 80 offenses punishable by the death penalty, including adultery, homosexuality, drug possession, "waging war against God, corruption on Earth, blasphemy and insult of the Prophet" Muhammad. He said many of the offenses are not considered serious crimes under the International Covenant on Civil and Political Rights.

Among the seven child offenders reported to have been executed in 2018 were two 17-year-olds in April for alleged rape and robbery, Rehman said. "The two were reportedly forced to confess under torture."

He expressed deep concern at arbitrary arrest, detention, ill-treatment and denial of medical care for dual and foreign nationals, estimating there are at least 30 such cases, including Iranian-Austrian Kamran Ghaderi, who has been detained since January 2016 and is suffering "from a tumor in his leg."

"There has been no progress made in the cases of arbitrarily detained foreign or dual nationals" aside from Iran's release in June of Lebanese businessman Nizar Zakka, who has U.S. residency, Rehman said.

"The Islamic Republic of Iran has subjected these individuals to sham trials, which have failed to meet basic fair trial standards, and convicted them of offenses on the basis of fabricated evidence or, in some cases, no evidence at all, and has attempted to use them as diplomatic leverage," he said.

He also said human rights defenders, members of minority communities, lawyers, journalists including from the BBC's Persian service, labor and trade union activists and women protesting a law requiring them to wear veils know as a hijab "have continued to be intimidated, harassed, arrested and detained."

Rehman, who is the U.N. special investigator on human rights in Iran, cited the case of human rights defender and lawyer Nasrin Sotoudeh who was sentenced in March to 38 years in prison and 148 lashes "in relation to her work defending women charged for protesting against the compulsory hijab."

He said Iranian authorities have also stepped up pressure on trade unionists, truck drivers, teachers, factory workers and others protesting for their labor rights. They have been intimidated, arrested and charged with offenses ranging from "spreading propaganda against the state" to "disrupting public order and peace by participating in illegal gatherings," resulting in prison sentences and flogging, he said.

Rehman pointed to human rights abuses against ethnic and religious minorities, saying the estimated 350,000 Bahai'is, considered to be the largest non-Muslim and unrecognized religious minority in Iran, "have suffered from the most egregious forms of repression, persecution and victimization."

He said the Sunni minority in Iran constitutes an estimated 10% of the population but the constitution bars them from holding senior religious positions, and they have reportedly been refused permission to construct a mosque in the capital of Tehran since 1979. He noted that Christian converts are considered "apostates" and therefore don't have access to officially recognized churches and must gather clandestinely in informal "house churches."