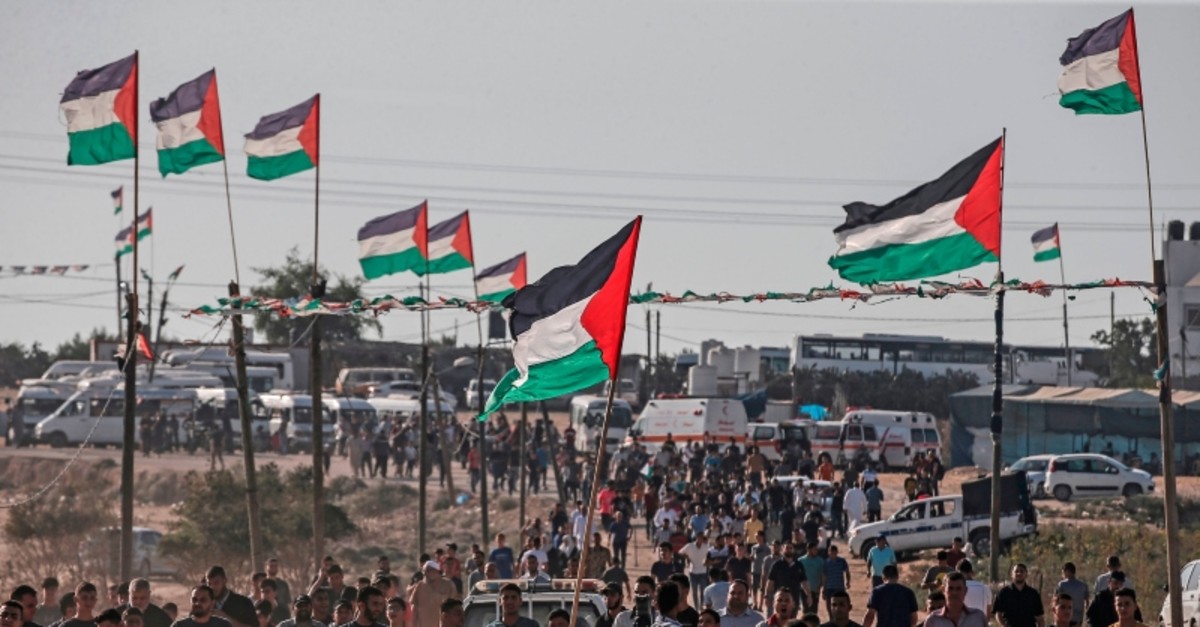 The Israeli military said Sunday that a helicopter and a tank fired at allegedly armed suspects near the fence overnight.

The incident happened overnight between Saturday and Sunday, shortly after Israel claimed that three rockets were fired from Gaza.

Israel holds Hamas responsible for all attacks emanating from Gaza, which the Palestinian resistance movement has governed since 2007.

Israeli-Palestinian tensions have also risen following recent attacks in the occupied West Bank and clashes at a Jerusalem holy site.

Since March 2018, regular protests and clashes have erupted along the border of the blockaded coastal enclave.

At least 305 Palestinians have been killed by Israeli fire in Gaza or the border area since then, the majority during demonstrations.