US military drone shot down by Houthis over Yemen 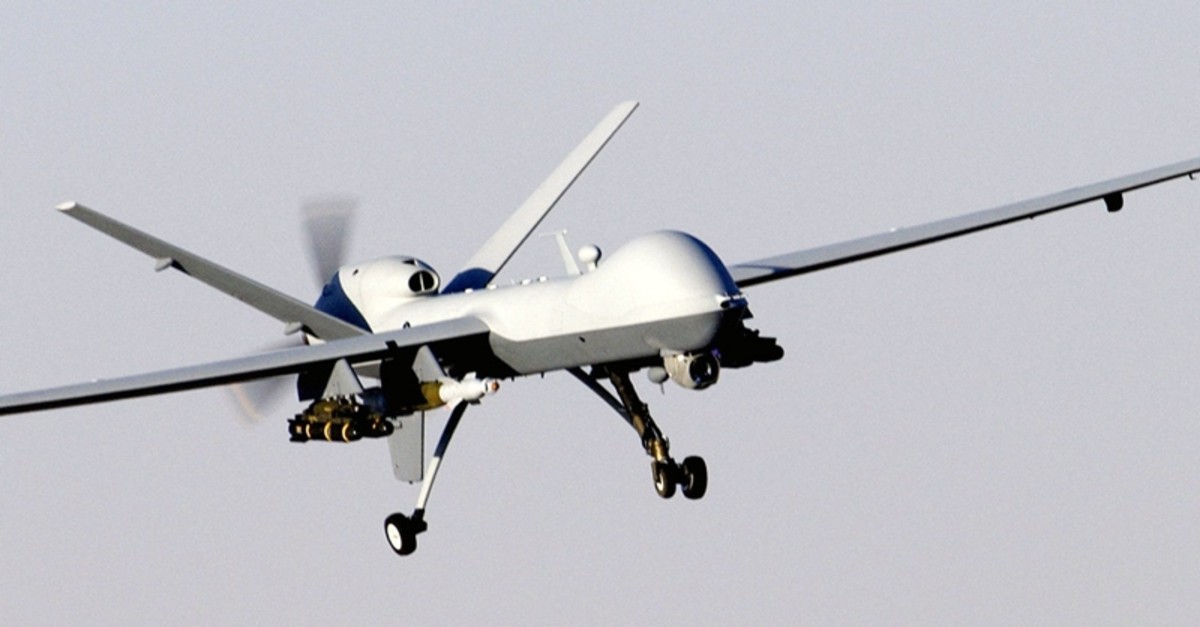 A MQ-9 Reaper unmanned aerial vehicle prepares to land after a mission in support of Operation Enduring Freedom in Afghanistan. (US Air Force photo)
by Aug 21, 2019 3:24 pm
A U.S. military MQ-9 drone was shot down in Yemen's Dhamar governate, southeast of the Houthi-controlled capital Sanaa, two U.S. officials told Reuters on Wednesday.

A Houthi military spokesman had earlier said that air defenses had brought down a U.S. drone.

The officials, speaking on the condition of anonymity, said the drone was shot down late on Tuesday.

This is not the first time a U.S. drone has been shot down in Yemen. In June, the U.S. military said that Houthi rebels had shot down a U.S. government-operated drone with assistance from Iran.

U.S. forces have occasionally launched drone and airstrikes against Yemen's al-Qaida branch, known as Al-Qaida in the Arabian Peninsula (AQAP).

One of the officials said that it appeared that the drone had been shot down by a surface-to-air missile operated by the Iran-aligned Houthi group. The other official cautioned that it was too early to tell who was responsible for the incident.

The drone shoot down comes as tensions between Iran and the United States have risen since President Donald Trump's administration last year quit an international deal to curb Iran's nuclear ambitions and began to ratchet up sanctions.