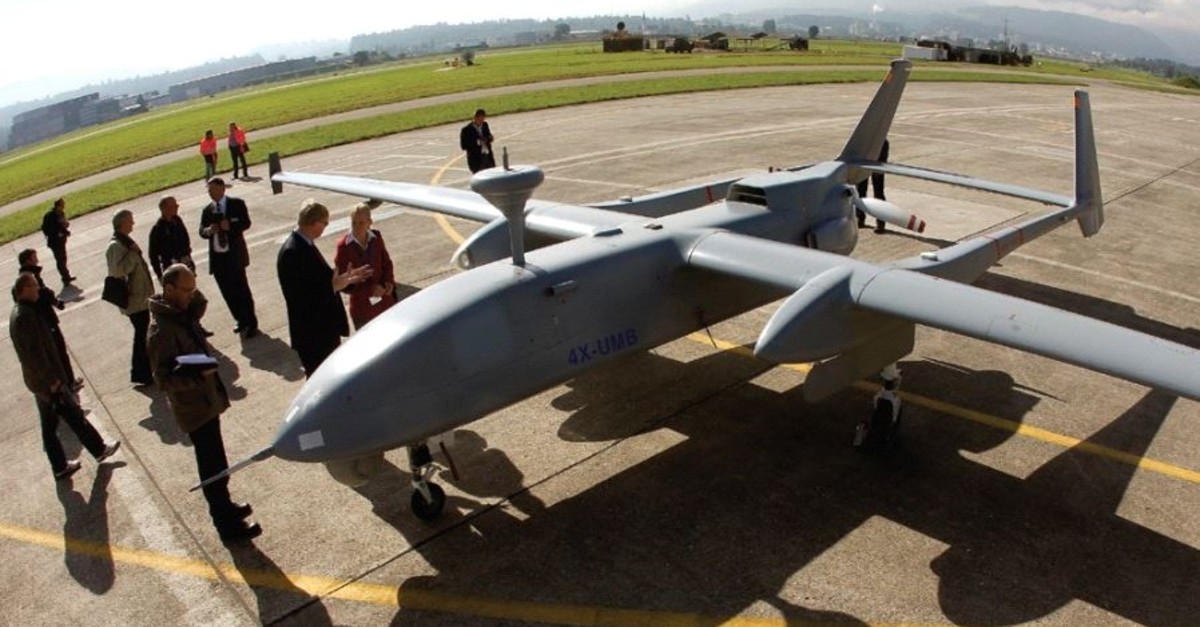 Israel's recent drone attacks against Iran-backed Shiite militias in Iraq were launched from bases under the control of the PKK terrorist group's Syrian wing the People's Protection Units (YPG) with the financial support of Saudi Arabia, the Middle East Eye reported Tuesday, citing an Iraqi intelligence official speaking on the condition of anonymity.

"The drone attacks were launched from SDF areas with the financing and backing of the Saudis," the official was quoted as saying in the Middle East Eye article. SDF or the Syrian Democratic Forces is an umbrella organization mostly comprised of YPG terrorists.

According to the website, the plan to hit Iran-backed Hashd Shaabi militia was born when Thamer al-Sabhan, the Saudi minister of state for Gulf affairs, visited the area in June held by YPG terrorists.

According to the official mentioned in the article, northern Syria was chosen as the base for launches as Israeli drones lack the capability to reach Iraq from Israel.

"Israeli personnel were operating the drones from SDF-controlled bases," he said.

The previous day, a powerful bloc in Iraq's parliament called for the withdrawal of U.S. troops from Iraq.

The Fatah Coalition said it holds the United States fully responsible for the alleged Israeli aggression, "which we consider to be a declaration of war on Iraq and its people." The coalition is a parliament bloc representing Iran-backed paramilitary militias known as the Popular Mobilization Forces (PMF) or Hashd Shaabi.

The U.S. Defense Department issued a statement Monday denying responsibility for the recent attacks and promising to cooperate with Iraqi investigations.

"We support Iraqi sovereignty and have repeatedly spoken out against any potential actions by external actors inciting violence in Iraq, " Pentagon spokesman Jonathan R. Hoffman said. "The government of Iraq has the right to control their own internal security and protect their democracy."

Anger is mounting in Iraq following a spate of mysterious airstrikes that have targeted military bases and a weapons depot belonging to Iran-backed militias. The drone attacks have not been claimed by any side but U.S. officials have said Israel was behind at least one of the attacks.

The Shiite militias have blamed the attacks on Israel but hold its ally the United States ultimately responsible. The attacks are threatening to destabilize security in Iraq, which has struggled to remain neutral in the conflict between Washington and Tehran.