US State Department under fire for removing 'Palestinian Territories' from website 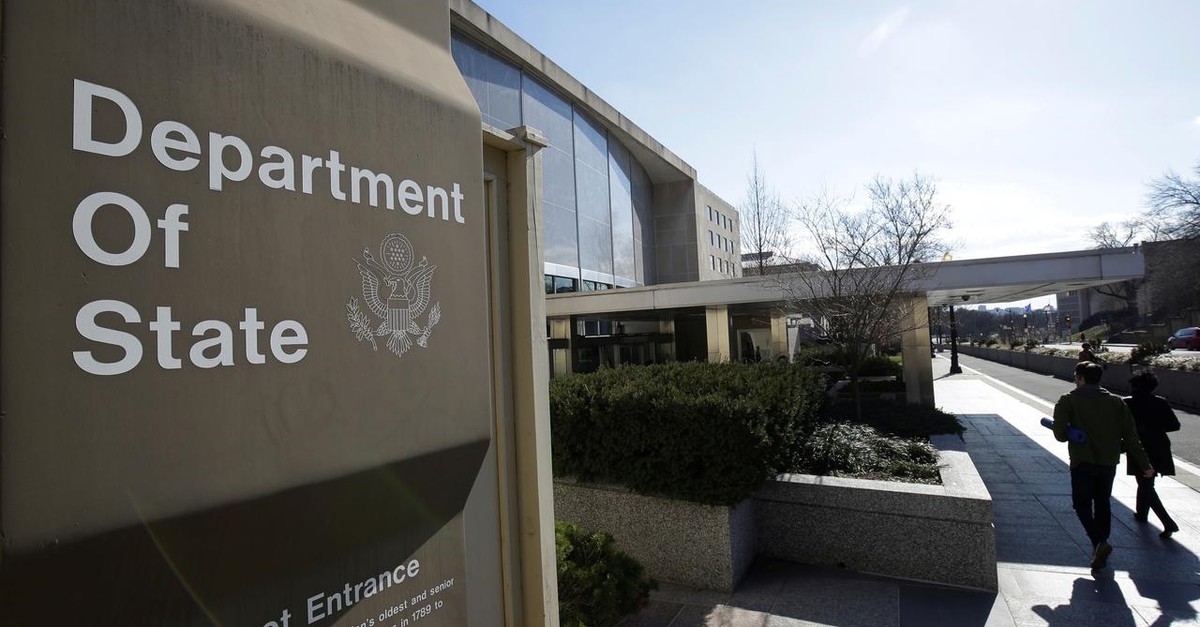 Palestinian leaders are in uproar after the US State Department's website removed the territories from its list of countries and areas, following a slew of pro-Israel actions by President Donald Trump.

The official website no longer has a separate entry for the Palestinian Authority. An archived version of the website from the 2009-2017 presidency of Barack Obama shows that "Palestinian Territories" were listed among countries and areas both on the opening page and in the section of the Near East bureau.

A State Department official played down the shift when asked on Tuesday.

She did not say if the website, which recently underwent a redesign, would again include a separate entry for the Palestinian territories.

But Palestinian leaders doubted that the change -- which follows the removal of the term "occupied territories" in some US publications and Prime Minister Benjamin Netanyahu's musings of annexing much of the West Bank -- was unintentional.

The Palestinian cabinet, after a meeting chaired Monday by prime minister Mohammad Shtayyeh, said the move "confirms the American bias towards Israel."

The cabinet said that the shift "cannot override the Palestinian rights, which the world countries have unanimously recognized," as quoted by the official Palestinian news agency WAFA.

Saeb Erekat, secretary general of the Palestine Liberation Organization and its veteran negotiator, said the removal "is not about US national interests. This is about advancing the agenda of the council of Israeli Settlers."

"Deciding not to see the truth does not mean canceling its existence," he tweeted.

Dan Shapiro, who served as US ambassador to Israel under Obama, called the website change "crazy."

"Palestinians are not going anywhere. US interests require engaging with them. Israel itself still cooperates with the Palestinian Authority in various ways," he tweeted.

Trump has been unabashedly supportive of Israel and its right-wing leader, taking several landmark moves including recognizing bitterly contested Jerusalem as the capital of the Jewish state.

He has also slashed funding to the Palestinian refugee agency and recently encouraged Netanyahu to ban entry of two Democratic lawmakers, both Muslim women, who have been critical of Israel.

The Palestinian Authority has said that it no longer considers the United States an honest broker and has refused Trump's peace initiatives, boycotting a conference in June in Bahrain aimed at development of the territories.