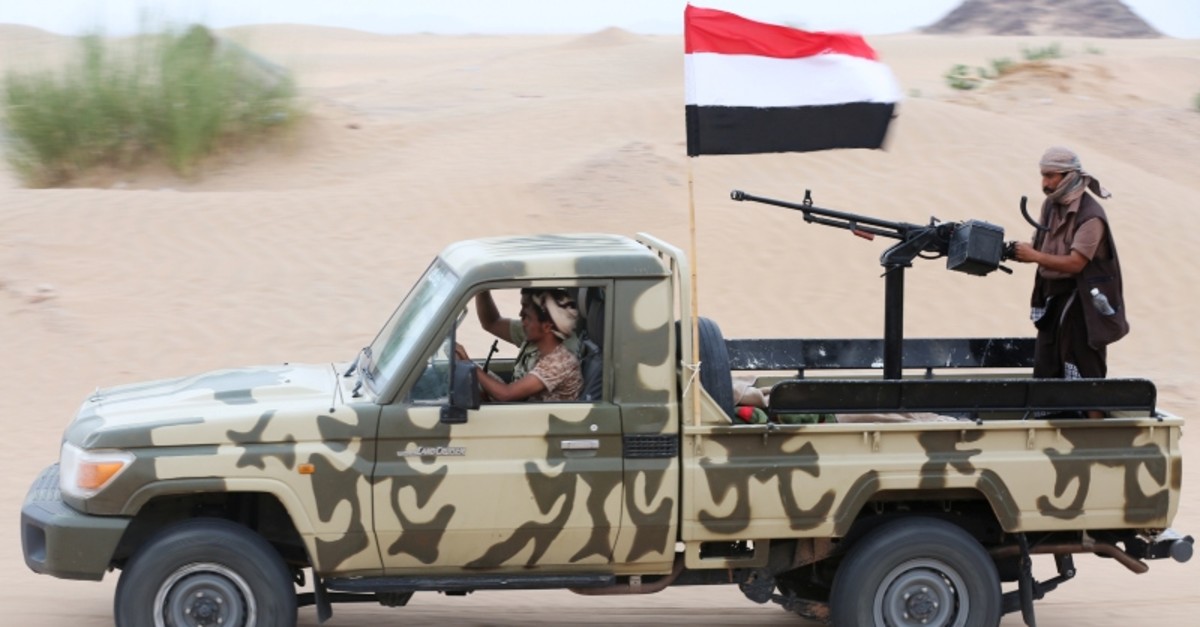 Government troops also retook the international airport in Aden, the main hub for the southern part of the country, Yemen's information minister said. Many predicted the city would fall back into government hands within hours.

"The national army has taken control of Aden's airport and its main gate," Moammar al-Eryani said in a Twitter post.

Witnesses said clashes could be heard in Aden's al-Arech and Khor Maksar districts, as well as around Aden's airport, which has been under the control of the UAE-backed forces since 2015.

Government forces also pushed the UAE-backed militia, known as the Security Belt, out of the city of Zinjibar after clashes that left at least one dead and 30 wounded fighters. They say the militia fled to nearby Aden province.

"Heroes of the national army and security agencies have retaken Zinjibar city, the capital of Abyan province, and complete their control over other districts of the province," al-Eryani previously said on Twitter.

The separatists had seized Zinjibar earlier this month. The officials spoke on condition of anonymity to discuss the fighting while the residents spoke anonymously, fearing reprisal.

The separatists and the internationally recognized government of Hadi are nominally united under the Saudi-led coalition in their battle against Yemen's Iran-aligned Houthi movement.

But the UAE has been at odds with the government as it comprises the Islah Party, seen as close to the Muslim Brotherhood, a movement which the Gulf state has been fighting across the Middle East and North Africa. Islah denies being a member of the Brotherhood.

It was the second southern province to be retaken by government forces in southern Yemen in days following clashes with the Security Belt, a paramilitary force loyal to the Southern Transitional Council (STC). Earlier in the week, government forces regained control of the oil-producing province of Shabwa and its liquefied natural gas terminal in Balfaf after beating back an attack by STC forces.

After seizing Aden on August 10 following heavy clashes with government troops, the separatists, who seek an independent South Yemen, pressed on to take other areas.

The new fighting comes despite repeated calls for a ceasefire by the Saudi-led coalition backing the government against Iran-aligned Houthi rebels who captured the capital Sanaa five years ago. Since then, the conflict has killed tens of thousands of people, aid agencies say.

The STC is demanding renewed independence for South Yemen, which was a separate country before unification in 1990.

The fighting in impoverished Yemen has sparked what the United Nations labels the world's worst humanitarian crisis.