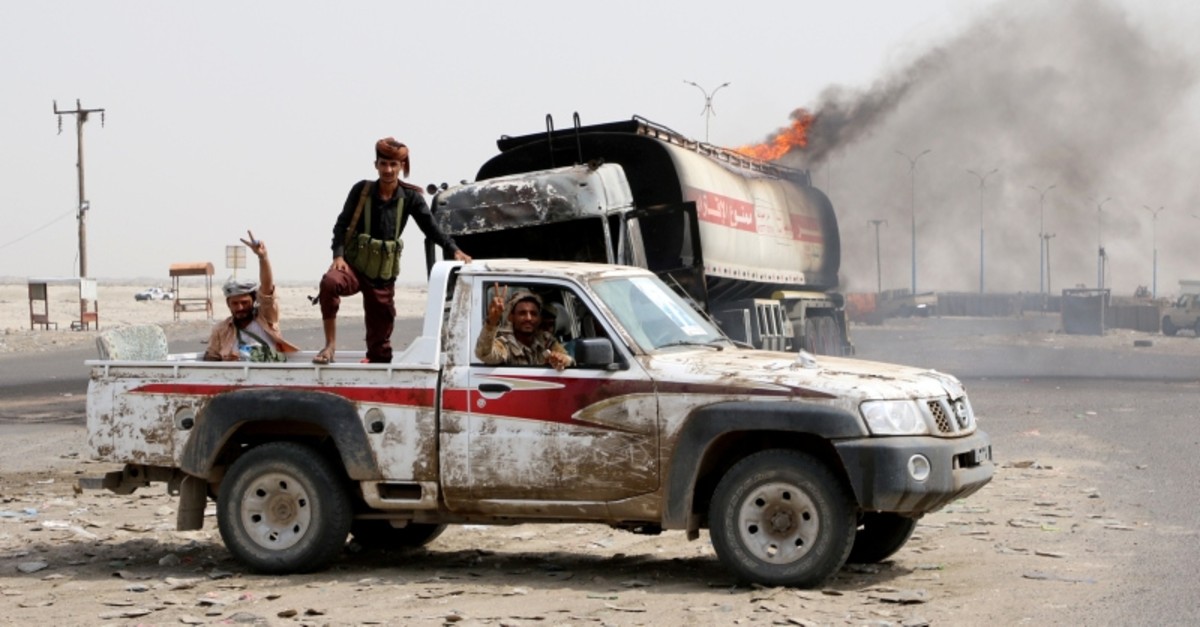 Yemeni separatists have regained full control of the interim capital Aden following clashes with government forces who withdrew from the southern port city, security officials from both sides said Thursday.

The separatists brought massive reinforcements from other regions in what appeared to be a fresh effort to seize the nearby provinces of Abyan and Shabwa from government forces.

"The Security Belt force completely controls the city of Aden along with its entrances," Haitham Nezar, a spokesman for the UAE-backed Southern Transitional Council, told AFP.

A government security source confirmed Aden was under the full control of the STC, saying government troops who entered parts of the city a day earlier "withdrew from Aden" to Abyan province.

It was not immediately clear who was behind the airstrikes but the government side blamed the UAE, which has armed and trained separatist militias in southern Yemen. Officials in the UAE declined to immediately comment.

Col. Mohamed al-Oban, a commander of the special forces in Abyan province, said the troops were on the road, headed toward Aden on Thursday, when the strikes took place. He didn't say who carried them out, saying only the planes were from the Saudi-led coalition.

"We hold the UAE fully responsible for this explicit extra-judicial targeting" of the government forces, the statement said.

The attack came a day after government forces pushed into Aden to try and retake the city from UAE-backed separatists. Earlier on Wednesday, government troops wrested back control of Zinjibar, the capital of neighboring Abyan province, from the separatists and headed toward Aden.

Information Minister Moammar al-Iryani said Wednesday that government forces also reclaimed Aden's airport, the main hub for the country's south, but the separatists denied that. There were local reports of fighting going on around the airport on Thursday.

The push by the government forces into Aden underscored the seesaw nature of the fighting. Only weeks before, the separatists had gained much territory in southern Yemen, pushing government forces out of strategic cities and areas.

The fighting has opened a new front in a complex war that has already claimed tens of thousands of lives and sparked what the United Nations calls the world's worst humanitarian crisis.

It also reflects a rift within a pro-government coalition led by Saudi Arabia and the UAE -- which has trained and supported the separatists -- fighting Iran-linked Houthi rebels who control the capital Sanaa.

Nezar said the Security Belt forces were now setting their sights on Abyan and Shabwa provinces which had been retaken by government troops earlier this week.

"Our plan is to kick out the invading forces from the south," said Nezar, referring to government forces seen by the separatists as outsiders.

The Yemeni government has also drafted in reinforcements from the north as the two parties appear to be preparing for a major showdown for supremacy in the south of the Arabian Peninsula nation.

STC Vice President Hani bin Breik posted pictures of himself and other southern leaders touring the streets of the city including the airport, while warning fleeing government loyalists of punishment.

Thousands of Security Belt troops, dominated by the STC, were recalled from several parts of the country, including from the Red Sea port city of Hodeida, to reinforce the separatists in Aden.

Bin Breik said that STC forces fighting against the Houthis in the north were sent to the south for a major battle.

"We will not remain in the (battle) fronts to liberate the north from the Houthis while the north is invading us," he said.

The STC is fighting to regain the independence of South Yemen which unified with the north in 1990.

The clashes between the two sides -- who for years have fought alongside each other against the Houthis -- have raised concerns that the famine-threatened country could break apart entirely.

The separatists have received support and training from the United Arab Emirates, even though it is a key pillar in the Saudi-led coalition backing the Yemeni government against the Houthis.

The coalition intervened in the war in 2015 in support of the government after the Houthis swept south from their northern stronghold to seize the capital Sanaa and much of Yemen -- the Arab world's poorest nation.

Pompeo and the prince "agreed that dialogue represents the only way to achieve a stable, unified and prosperous Yemen," the State Department said in a statement.

The meeting came after The Wall Street Journal, citing anonymous sources, said U.S. President Donald Trump's administration was pursuing secret talks with the Houthis in hopes of winding down the violence.