More than 100 feared dead in Saudi-led airstrikes in Yemen 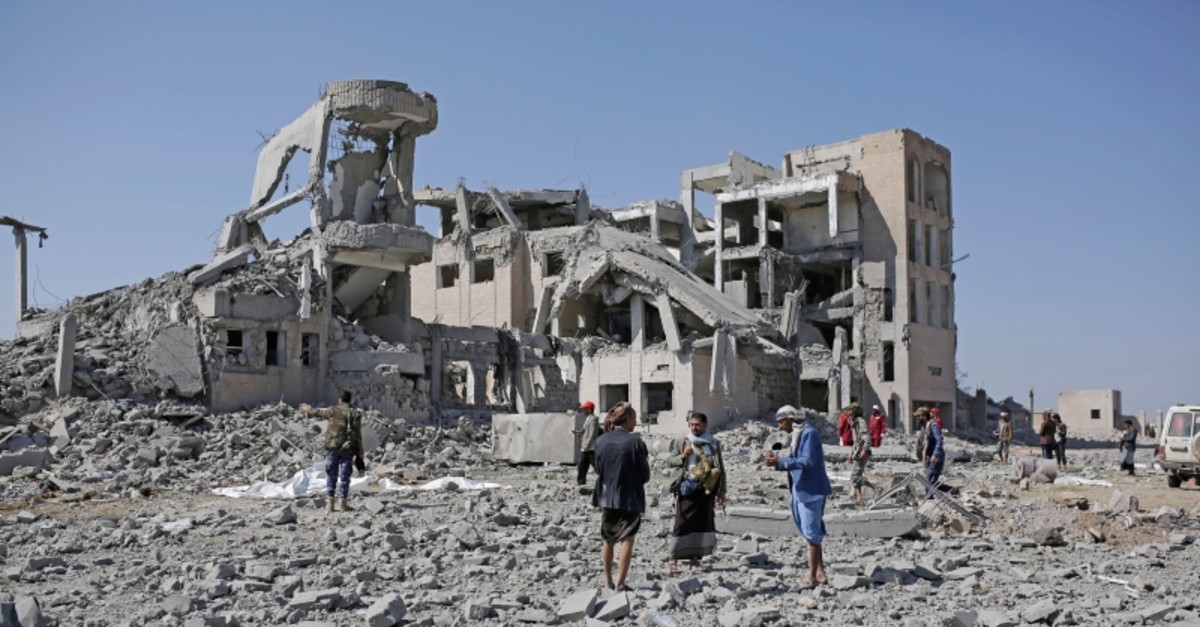 Bodies covered in plastic lie on the ground amid the rubble of a Houthi detention center destroyed by Saudi-led airstrikes, that reportedly killed dozens, in Dhamar province, southwestern Yemen, Sept. 1, 2019. (AP Photo)
by Compiled from Wire Services Sep 01, 2019 4:10 pm

More than 100 people are believed to have been killed when the Saudi-led coalition fighting Houthi rebels launched an airstrike on a detention center in Yemen, the International Committee of the Red Cross said Sunday.

"We estimate over 100 people were killed," Franz Rauchenstein, head of delegation for the ICRC in Yemen, told French Press Agency (AFP), adding that teams were working to find survivors under the rubble but that the chances "are very low."

The attack was the deadliest so far this year by the coalition, which has faced international criticism for airstrikes that have killed civilians and hit non-military targets.

Yemeni officials said Sunday's strikes targeted a college in the city of Dhamar, which the rebels, known as Houthis, were using as a detention center. The coalition denied it had struck a lockup, saying it had targeted a military site.

"We were sleeping and around midnight, there were maybe three, or four, or six strikes. They were targeting the jail, I really don't know the strike numbers," wounded detainee Nazem Saleh said while on a stretcher in a local hospital. He said the ICRC had visited the center two times before the airstrike.

The Saudi-led coalition said it had hit a Houthi military facility used as storage for drones and missiles in Dhamar, "in accordance with international humanitarian law."

It said "all precautionary measures were taken to protect civilians."

Col. Turki al-Maliki, a spokesman for the coalition, was quoted by the Saudi-owned Al Arabiya TV as denying the target was a prison.