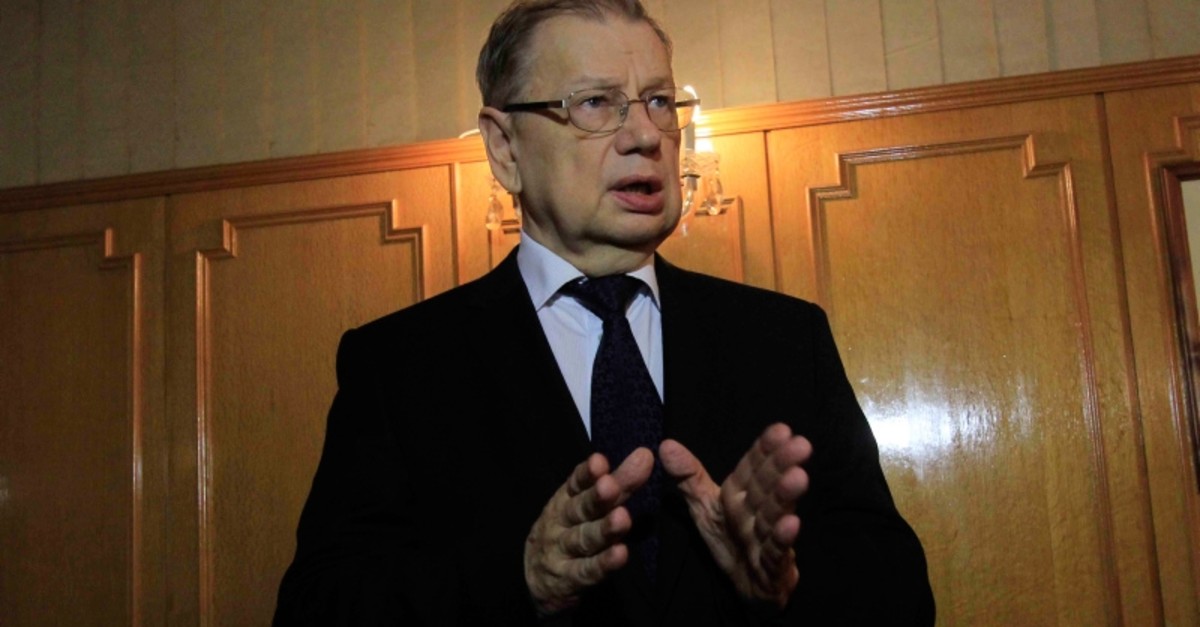 Russia's ambassador to Egypt died suddenly on Monday in a Cairo hospital, the Russian embassy in Cairo said on its social media accounts.

The embassy did not specify the cause of Sergey Kirpichenko's death.

A career diplomat who had served as ambassador to Egypt since 2011, the 68-year-old had also represented Moscow in Libya, Syria and the United Arab Emirates.

Cairo and Moscow have bolstered their strategic and economic ties in recent years under presidents Abdel Fattah al-Sisi and Vladimir Putin.

The flag over the Russian Embassy in Cairo is flying at half-staff in Kirpichenko's memory.