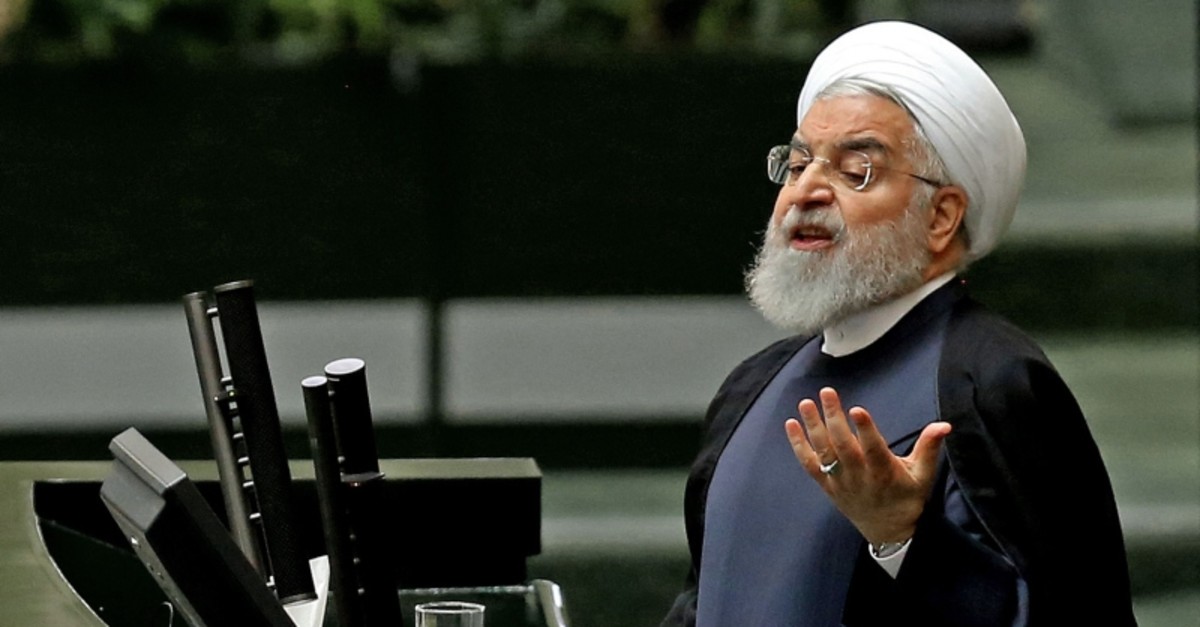 Iranian President Hassan Rouhani speaks at a session of parliament to debate his proposed tourism and education ministers, in Tehran, Iran, Tuesday, Sept. 3, 2019. (AFP Photo)
by Compiled from Wire Services Sep 04, 2019 10:45 am

President Hassan Rouhani on Wednesday said Iran was unlikely to reach a deal with European parties to save the 2015 nuclear deal in the next few days.

"I think it is unlikely that we will reach a result with Europe by today or tomorrow," Rouhani was quoted as saying by state broadcaster.

"Europe will have another two-month to fulfill its commitments," he added.

"We will announce (cuts in commitments) which will accelerate the activities of Iran's nuclear program," he said.

Meanwhile, state-run broadcaster Press TV said Iran has rejected an offer of a $15-billion loan by European countries aimed at protecting its economy from sanctions reimposed by the United States.

The report came shortly after a senior official suggested Iran might agree to a similar deal with European powers.

"Iran has rejected a $15 billion loan offered by EU," the broadcaster said without elaborating.

U.S. sanctions imposed after President Donald Trump withdrew America from the deal have curbed Iran's oil exports and sent its economy into freefall as what was left of the deal steadily unraveled.

Iran's official IRNA news agency on Wednesday quoted Araghchi as saying "it is unlikely European countries can take an effective step" before a weekend deadline by Iran.

He says Europe needs to compensate Iran in the "amount of $15 billion over a 4-month span" and "after that, Iran is ready for talks."