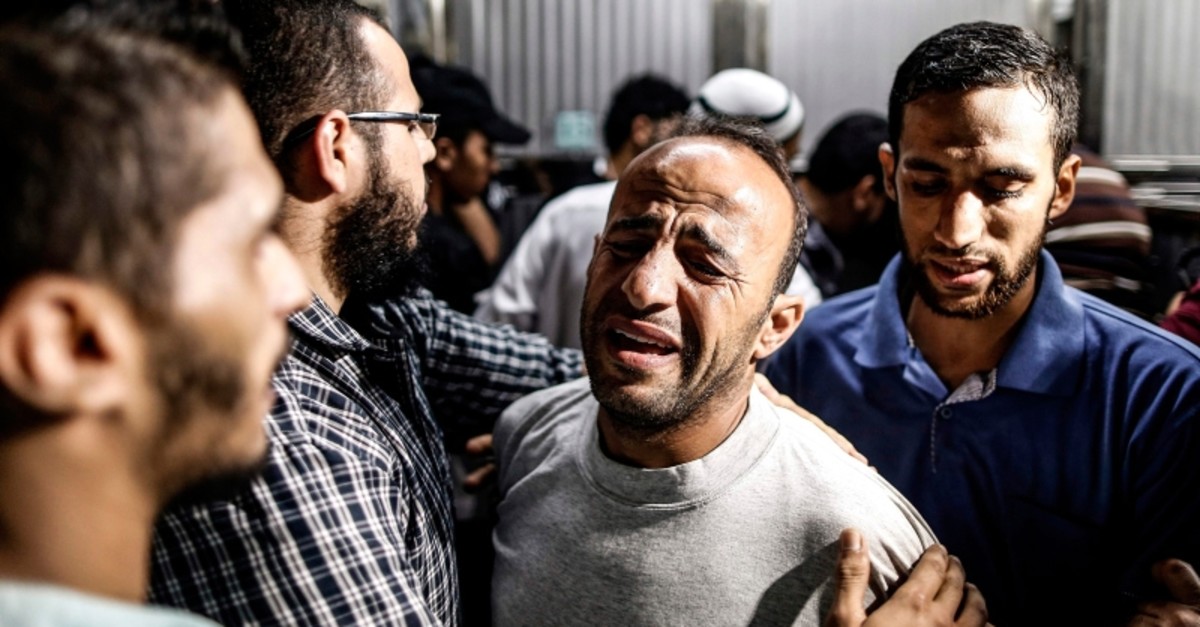 Israeli forces shot and killed two Palestinians and wounded dozens during protests along the Gaza-Israel border on Friday, Palestinian health officials said, as thousands took part in a weekly demonstration against the blockade of the coastal territory.

Ali al-Ashqar, 17, was shot in the neck along the border fence east of Jabalia in northern Gaza, a health ministry spokesman told AFP.

A second teenager was shot in the stomach east of Gaza City, the spokesman said, later identifying him as Khaled al-Rabaee, 14.

Seventy others were wounded, 38 of them by live fire, medical officials said.

The Israeli army said that some 6,200 people gathered on Friday at several points along the border with Israel.

According to the Gaza Health Ministry, some 310 Palestinians have been killed in violence at the border since March 2018.

The Palestinians in the poor and densely-populated Gaza Strip are demanding a lifting of the blockade imposed by Israel and Egypt, and the right of return for Palestinian refugees who used to live in Israel.

Protesters have staged 18 months of weekly demonstrations called the "Great March of Return", calling for an end to a security blockade imposed on Gaza by Israel and Egypt, and for Palestinians to have the right to return to land from which their families fled or were forced to flee during Israel's founding in 1948.