Hezbollah says it shot down Israeli drone at Lebanese border 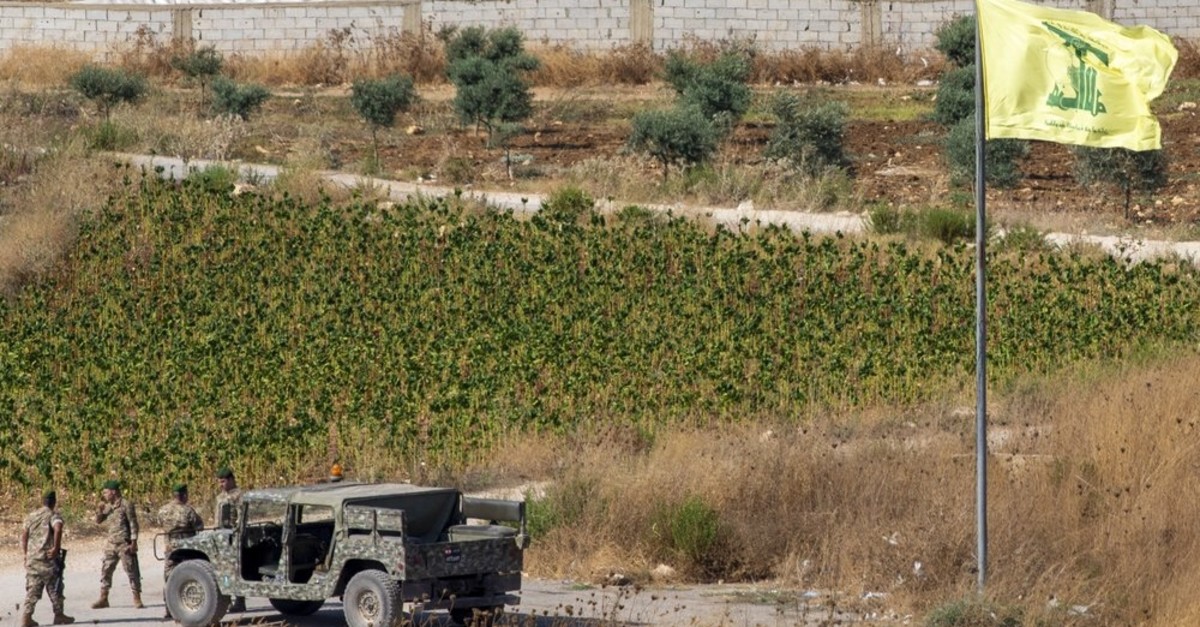 Lebanese soldiers next to a Hezbollah flag patrol in the southern Lebanese village of Aitaroun, on the Israel-Lebanon border, Israel, Tuesday, Aug. 27, 2019. (AP Photo)
by Compiled from Wire Services Sep 09, 2019 8:22 am

Hezbollah said Monday it had shot down an "Israeli drone" as it crossed the border with Lebanon, a week after a confrontation between the arch-foes.

The Israeli drone is now in the hands of Hezbollah's fighters, the Iranian-backed group said.

The Israeli military said one of its drones "fell inside southern Lebanon during routine operations". In a statement, it did not say what caused the crash and noted "there is no concern information could be taken from it".

Hezbollah said they had "confronted" the drone with "appropriate weapons" as it was heading towards the southern Lebanese town of Ramyah and it was brought down on he edge of the town.

Hezbollah and the Israeli army exchanged cross-border fire a week ago after a drone attack in a Hezbollah-controlled Beirut suburb in the fiercest shelling exchange between the two adversaries since the 2006 Lebanon war.

Nasrallah said while a flare-up with Israel at the border was over, the episode had launched a "new phase" in which the Iran-backed group no longer had red lines.

Israel had also raised the stakes by accusing Iran of stepping up efforts to provide Hezbollah with precision-guided missile production facilities. Hezbollah denied this.

Hezbollah said it destroyed an Israeli armored vehicle during the exchange of fire last week, killing and wounding those inside, and it broadcast what it said was footage of two missiles hitting a moving vehicle.

Israel said it had faked soldier injuries to dampen any inclination of Hezbollah to escalate hostilities.

Nasrallah said their attack had marked the first such Hezbollah operation in a long time targeting Israel in positions across the border, not in the Israeli-occupied Shebaa farms.

The latest tension came after Hezbollah, whose forces have fought in support of President Bashar al-Assad in Syria's war, said two of its men were killed in an Israeli strike in Syria late last month.

Israel said its attack in Syria thwarted an Iranian-led drone strike against it.

Any new war between Israel and Hezbollah would raise the risk of a wider conflict in the Middle East, where Iran has defied U.S. attempts to force it to renegotiate a 2015 nuclear deal it reached with world powers.

At the same time, Israel is alarmed by Iran's growing influence in the region through militia allies such as Hezbollah in countries such as Syria.