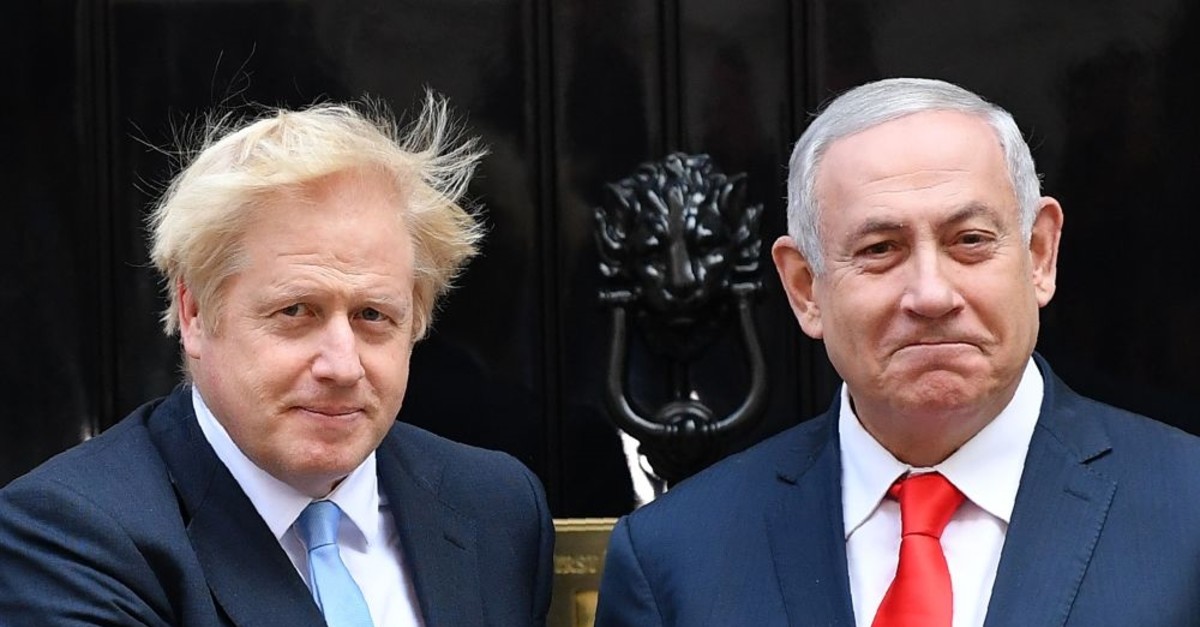 Israeli Prime Minister Benjamin Netanyahu's office has released a video that clumsily tries to edit out a gaffe where he calls the British Prime Minister Boris Johnson by the wrong name. Netanyahu misspoke at Sunday's weekly cabinet meeting, referring to his British counterpart Boris Johnson as Boris Yeltsin, the former Russian president who died in 2007. Cabinet ministers immediately corrected his error. But an official video of the meeting released hours later suddenly cuts away from Netanyahu at the moment he says Yeltsin, instead he's heard saying "Boris Johnson."

The gaffe came as Netanyahu fights for his survival ahead of next week's redo election. Netanyahu regularly touts his influence with Western leaders, especially fellow right-wingers such as U.S. President Donald Trump and Johnson, as vital for Israeli security. His opponents say his closeness to right-wing figures abroad hurts Israel by making support for it a partisan issue in friendly countries.

During a recent London trip, Netanyahu met U.S. Defense Secretary Mark Esper to discuss Israel's security needs in the region, especially against its archrival Iran. The Israeli daily Haaretz reported that Netanyahu is seeking a diplomatic gesture from the U.S. ahead of the elections, in the form of a commitment by Trump to protect Israel from any potential threat.