Netanyahu pledges to annex Jordan Valley if he wins elections 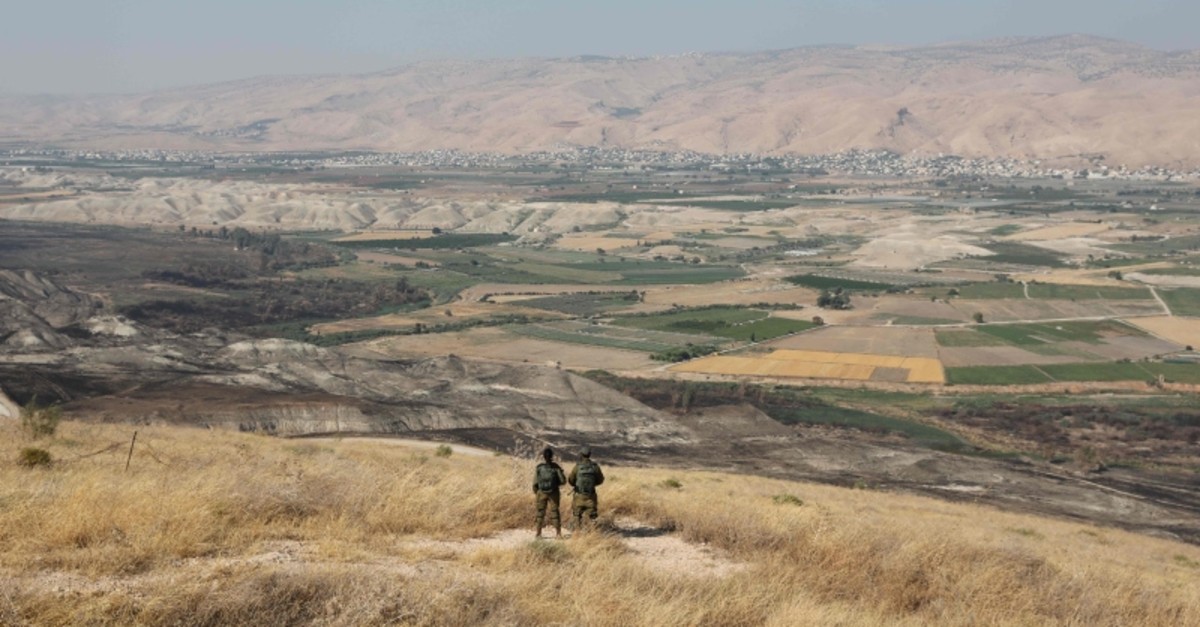 In this file photo taken on June 23, 2019 Israeli soldiers stand guard in an old army outpost overlooking the Jordan Valley between the Israeli city of Beit Shean and the West Bank city of Jericho (AFP Photo)
by Compiled from Wire Services Sep 10, 2019 7:48 pm

Israeli Prime Minister Benjamin Netanyahu announced his intention on Tuesday to annex the Jordan Valley in the occupied West Bank if he wins next week's general election.

The U.S. peace plan "is a historic opportunity to apply Israeli sovereignty over settlements in Judea and Samaria," he said, using the Jewish biblical names of the southern and northern West Bank

Netanyahu said that while he will wait for the presentation of the plan before doing so, he can immediately take such action in the Jordan Valley, which comes after months of diplomatic efforts.

Israel in the past has emphasized the importance of the Jordan Valley, which runs along the eastern West Bank, for Israeli security.

Ahead of the announcement, Palestinian Prime Minister Mohammad Shtayyeh warned against such a move, saying that "the Palestinian territory is not part of Netanyahu's election campaign."

While Netanyahu had spoken about working toward a two-state solution in the past, as the country has shifted further to the right, he has brought it up less frequently in recent times.

This year, as part of his election campaigns, Netanyahu has championed annexing Jewish settlements in the West Bank, which are regarded as illegal under international law by most of the world.

Over his past 10 years as prime minister, however, Netanyahu has not taken any concrete steps to implement annexation.

Israel has occupied the West Bank since the 1967 Six-Day War, and hundreds of thousands of Jewish Israelis are now living in the territory, which is claimed by Palestinians for their future state.