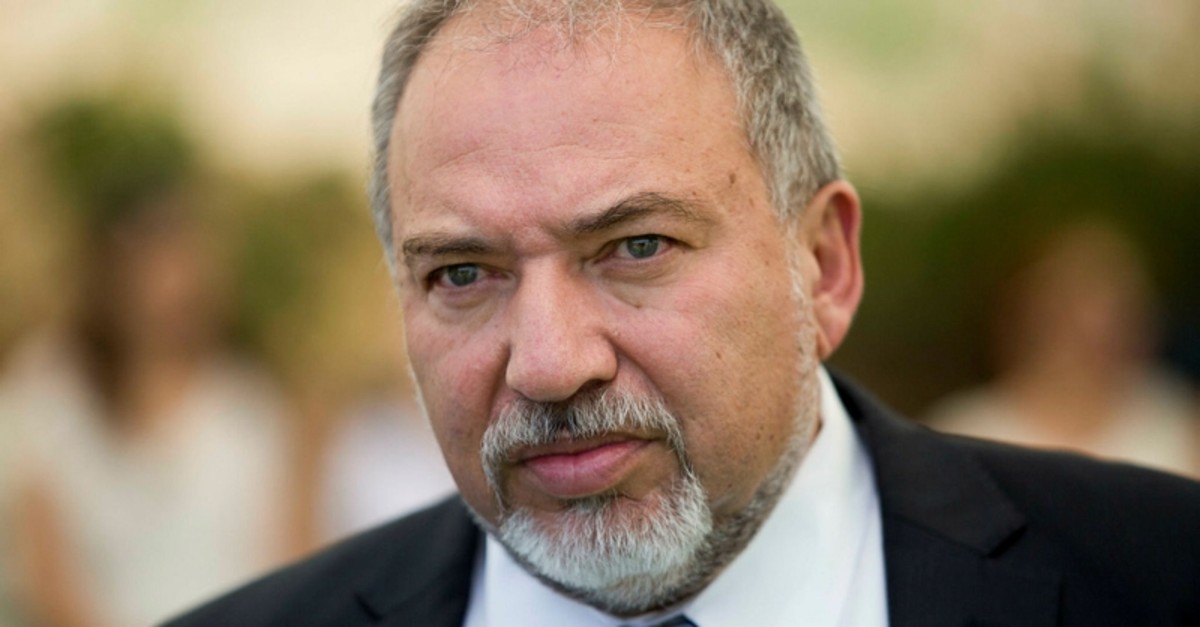 A former nightclub bouncer with a heavy Russian accent, Avigdor Lieberman used to carry a fresh change of shirt for his political boss, Benjamin Netanyahu.

He is now one of Israel's most prominent politicians and opinion polls suggest he could emerge as a kingmaker after an election on Tuesday, putting him in a position where he could possibly end the prime minister's decade in power.

After working as an aide to the right-wing Netanyahu, Lieberman quit the Likud Party and formed the far-right Yisrael Beitenu. He then went on to serve in a string of governments, including under Netanyahu, but quit as his defense chief last November in protest at a ceasefire in Gaza.

Since Netanyahu failed to form a coalition government after an election in April, Lieberman, 61, has refocused his political strategy to attract new supporters.

With opinion polls predicting Yisrael Beitenu will double to 10 the number of parliamentary seats it won in the election five months ago, Lieberman could be the linchpin in determining the composition and leadership of the next governing coalition.

It was Lieberman who handed Netanyahu a rare defeat after the April election. Netanyahu needed Yisrael Beignet's five seats to secure a majority of 61 in the 120-member parliament but Lieberman rejected his approaches.

Lieberman is pushing for a "national unity" government after Tuesday's poll that would include his own party, Netanyahu's Likud and its strongest challenger, the centrist Blue and White party, but exclude what he calls "messianic" religious factions.

Where Netanyahu fits in is anyone's guess. Blue and White's leader, Benny Gantz, citing looming corruption indictments against the prime minister, says he is open to teaming up with Likud, but not if it is led by Netanyahu.

So far, potential successors to Netanyahu, who has denied wrongdoing in three criminal cases against him, have remained loyal. But no one party has ever won an outright parliamentary majority on its own in Israel and national politics are fluid.

"(Lieberman) has an ability to crown the next prime minister - and he knows it very well," said Dmitri Doubov, editor in chief of Israel's Russian-language Channel 9 television.

"I don't think that he sees himself as the next prime minister but he can set the conditions for the next coalition to define it as he wants, as he sees fit."

Most of the international community regards the Israeli settlements as illegal, a view that Israel disputes.

Lieberman, a settler himself who in his younger days also worked as an airport baggage handler, also calls for conscription of ultra-Orthodox Jews into the military.

Unlike other 18-year-old Israeli Jews, Orthodox seminary students are exempt from compulsory service. Lieberman gave his differences with an ultra-Orthodox party over a conscription bill as the reason for refusing to join the coalition Netanyahu had seemed poised to form after the election in April.

Lieberman's frequent complaints about ultra-Orthodox political power and influence over everyday life in Israel, including the administration of marriage and divorce, have played well with his Russian-speaking immigrants, some of whom are not Jewish according to ritual law.

If the opinion polls showing a surge in support for Yisrael Beitenu are correct, his message is also now resonating with secular Israelis outside his power base.

In the port city of Ashdod, south of Tel Aviv, Jonathan Joseph Motro, a 28-year-old student, said he was looking for a candidate who was right-wing but not in step with the ultra-Orthodox. Lieberman fits the bill, he said.

Speaking at a public forum of "influencers" organised by Israel's Channel 12 TV last week, Lieberman said in his usual deadpan delivery that "there is nothing personal" in his criticism of Netanyahu.

Back in the days of their early relationship, Lieberman would be at Netanyahu's side during campaigning.

"Lieberman scheduled Netanyahu's visits to Likud branches around the country, arriving in advance with signs to hang in the hall and a crisp powder-blue shirt for his fastidious boss to change into before his speech, Anshel Pfeffer, author of a Netanyahu biography, wrote in the Haaretz newspaper.

At the Channel 12 event, Lieberman said he did not rule out Netanyahu as a political ally or underestimate a veteran leader hailed by chanting Likud faithful after previous election victories as a "magician".

"(But) I will not go to a Halacha government," he said, in a reference to Jewish ritual law and ultra-Orthodox party participation in a coalition.