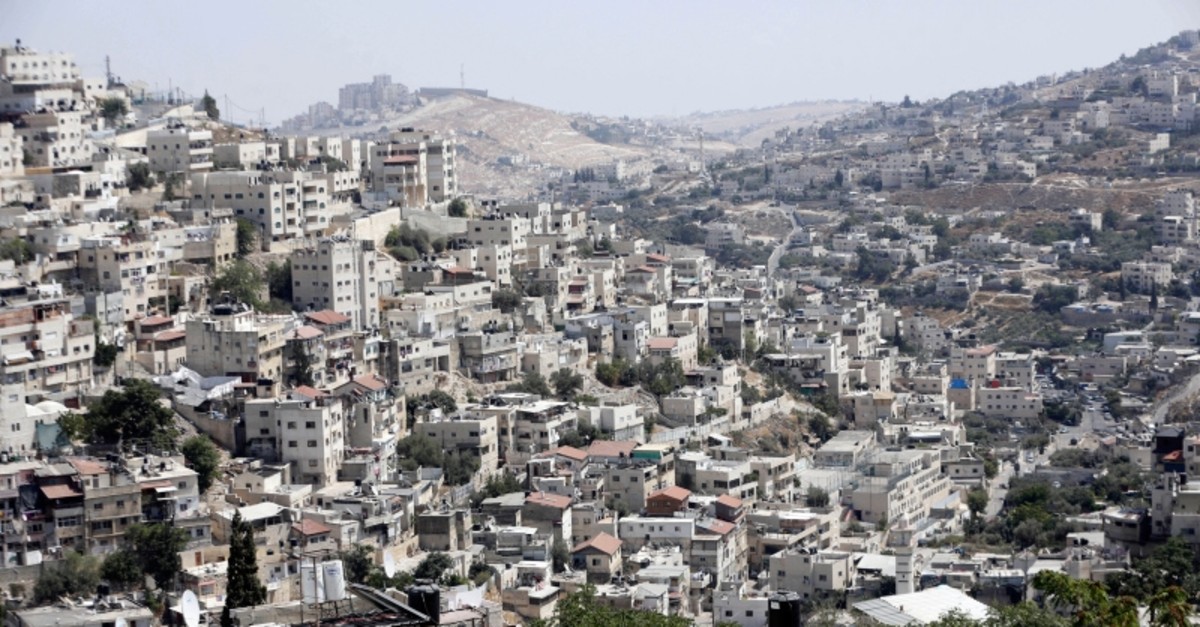 New official data obtained by The Associated Press shows a spike in Jewish settlement construction in Israeli-annexed east Jerusalem since U.S. President Donald Trump took office in 2017, along with strong evidence of decades of systematic discrimination illustrated by a huge gap in the number of construction permits granted to Jewish and Palestinian residents.

The expansion of Jewish settlements in east Jerusalem, which Israel seized along with the West Bank and Gaza in the 1967 Mideast war, threatens to further complicate one of the thorniest issues in the conflict.

The refusal to grant permits to Palestinian residents has confined them to crowded, poorly served neighborhoods, with around half the population believed to be at risk of having their homes demolished.

The data was acquired and analyzed by the Israeli settlement watchdog Peace Now, which says it only obtained the figures after a two-year battle with the municipality. It says the numbers show that while Palestinians make up more than 60% of the population in east Jerusalem, they have received only 30% of the building permits issued since 1991.

The fate of the city, which is home to holy sites sacred to Jews, Muslims and Christians, is at the heart of the decades-old conflict. The Palestinians want east Jerusalem to be the capital of their future state, while Israel views the entire city as its unified capital. Tensions have soared since Trump recognized Jerusalem as Israel's capital in 2017 and moved the U.S. Embassy there, breaking with a longstanding international consensus that the city's fate should be decided in negotiations.

Trump has argued that his recognition does not preclude a final settlement. But the Palestinians and rights groups say his unbridled support for Israel's nationalist government has given it a free pass to tighten its grip on war-won lands sought by the Palestinians.

Peace Now found that in the first two years of Trump's presidency, authorities approved 1,861 housing units in east Jerusalem settlements, a 60% increase from the 1,162 approved in the previous two years. The figures show that 1,081 permits for settler housing were issued in 2017 alone, the highest annual number since 2000. A total of 1,233 housing units were approved for Palestinians in 2017 and 2018, according to Peace Now.

Spokesmen for the Israeli government and the municipality did not respond to requests for comment.

The figures are for construction permits issued by the municipality, the final step of a costly bureaucratic process that can take years to complete. The figures show that since 1991, the municipality has issued 21,834 permits for housing units in Jewish settlements in east Jerusalem and just 9,536 for Palestinian neighborhoods.

Hagit Ofran, an expert on settlements who collected and analyzed the data, says the discrepancy in permits dates back to 1967, when Israel expanded the city's municipal boundaries to take in large areas of open land that were then earmarked for Jewish settlements. At the same time, city planners set the boundaries of Palestinian neighborhoods, preventing them from expanding.

"In the planning vision of Jerusalem there was no planning for the expansion of Palestinian neighborhoods," she said, adding that the government has initiated almost no construction in those neighborhoods, placing the burden of planning and permits entirely on the residents themselves.

Today, around 215,000 Jews live in east Jerusalem, mostly in built-up areas that Israel considers to be neighborhoods of its capital. Most of east Jerusalem's 340,000 Palestinian residents are crammed into increasingly overcrowded neighborhoods where there is little room to build.

Palestinians say the expense and difficulty of obtaining permits forces them to build illegally. Peace Now estimates that of the 40,000 housing units in Palestinian neighborhoods of east Jerusalem, half have been built without permits.

"When you build illegally, without a permit, there's always a chance your house will be demolished," said Ofran.

B'Tselem, another Israeli rights group, says at least 112 housing units in east Jerusalem were demolished in the first seven months of this year — more than in any full year since at least 2004.

On a hot, sunny day earlier this week, Jamil Masalmeh, 59, used a crowbar and power tools to destroy an apartment he had added to his home in the Silwan neighborhood years earlier. When he failed to secure a permit, municipal authorities gave him the option of destroying it himself or paying more than $20,000 for the city to demolish it.

He says he began trying to get a permit 20 years ago, when he built the extension, which consisted of two bedrooms and a kitchen, for his growing family. Eight years ago, the authorities forced him to dismantle it, but he built it again, hoping to eventually get a permit.

"Every time they tell me to get something different. Get this document or that document, get whatever we tell you to, and then in the end they say you can't build on this land. Why? There's no answer," he said. "I'll die before I ever get a permit."

Jihad Rajabi, who lives in the Palestinian neighborhood of Beit Hanina, says he wasn't given the option of destroying his own home.

Authorities showed up one morning last month with police and heavy equipment. They only gave him and his extended family of 15 people enough time to salvage some personal belongings before demolishing the 200-square-meter (2,150 square-foot) home. A broken coffee mug, children's toys and parts of a bedframe poke out from the drift of rubble left behind.

Every Israeli government since 1967 has actively promoted settlement construction, including during the peace process with the Palestinians.

But settlement approvals have accelerated in east Jerusalem and the West Bank since Trump took office, as Israel has encountered little if any resistance from a friendly White House. On Tuesday, Prime Minister Benjamin Netanyahu vowed to annex the Jordan Valley, which makes up about a quarter of the West Bank, and other settlements there if his party wins next week's elections.

The Palestinians cut off all ties with the Trump administration after the Jerusalem decision and have already rejected a peace plan the president has promised to release, saying the administration is marching in lockstep with Israel's right-wing government. The Palestinians and much of the international community have long seen settlements as illegal and a major obstacle to peace. Israel says the settlement issue should be resolved in negotiations and blames the lack of progress on Palestinian intransigence.

With peace efforts stalled and little hope for an independent state anytime soon, the Palestinians who remain in east Jerusalem are left to endure its crowded conditions and an uncertain future.