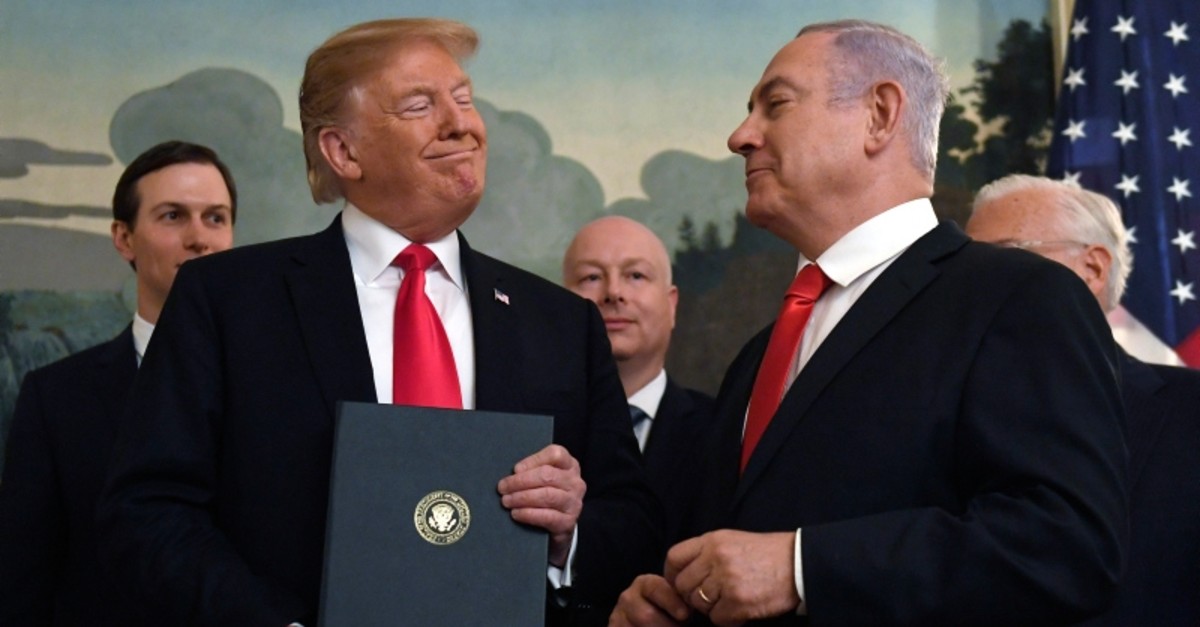 President Donald Trump smiles at Israeli Prime Minister Benjamin Netanyahu after signing a proclamation at the White House in Washington, March 25, 2019. (AP Photo)
by Sep 20, 2019 9:58 am

Netanyahu, who is fighting for his political life after close elections, was "a bit Machiavellian" and would share "misinformation" with the United States, according to Trump's former top diplomat.

Tillerson, who was fired by Trump last year, made the observations during a forum Tuesday at Harvard University as reported by The Harvard Gazette, the university's official news outlet.

"In dealing with Bibi, it's always useful to carry a healthy amount of skepticism in your discussions with him," he was quoted as saying, using Netanyahu's nickname.

"They did that with the president on a couple of occasions, to persuade him that 'We're the good guys, they're the bad guys.'

"We later exposed it to the president so he understood, 'You've been played,'" Tillerson said, according to the newspaper.

"It bothers me that an ally that's that close and important to us would do that to us," he said.

During two election campaigns this year, Netanyahu highlighted his warm relationship with Trump, who has taken long-sought Israeli positions such as recognizing Jerusalem as the Jewish state's capital.

Netanyahu has long pushed for a hard U.S. line on Iran — an issue that led to open tensions with Trump's predecessor Barack Obama — and has mused about annexing parts of the occupied Palestinian West Bank.

Tillerson said he supported a two-state solution between the Israelis and Palestinians — an idea unlikely to feature in a peace plan being led by Jared Kushner, Trump's son-in-law and adviser.

Tillerson, a former ExxonMobil executive, has mostly kept a low profile after leaving the administration.

But Trump has twice branded Tillerson "dumb as a rock" after comments seen as questioning the mogul-turned-president's abilities.