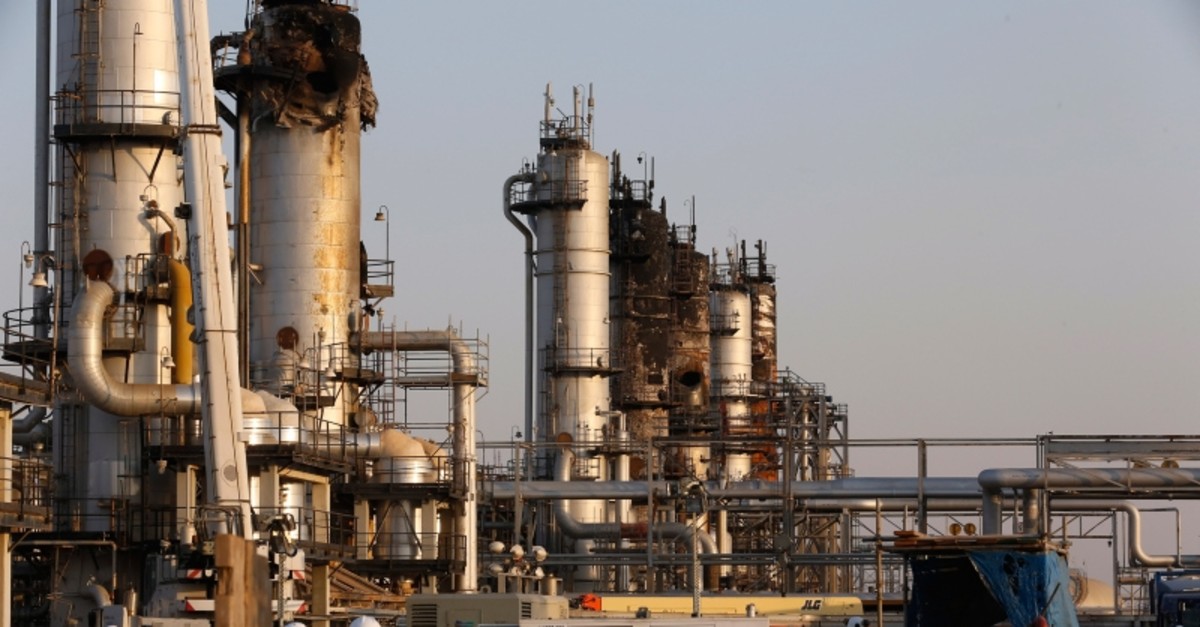 During a trip organized by Saudi information ministry, workers fix the damage in Aramco's oil processing facility after the recent Sept. 14 attack in Abqaiq, near Dammam in the Kingdom's Eastern Province, Friday, Sept. 20, 2019. (AP Photo)
by Sep 20, 2019 11:38 pm

Yemen's Iran-aligned Houthis will stop aiming missile and drone attacks at Saudi Arabia if a coalition targeting Yemen does the same, a Houthi official said on Friday, nearly a week after the Houthis claimed a strike on Saudi oil facilities.

The Houthis have insisted they are responsible for a devastating Sept. 14 assault on Saudi Arabia's oil facilities that initially halved the kingdom's production, but the United States and Saudi Arabia have blamed Iran.

Tehran, which support the Houthis, has denied any involvement in the attacks.

Speaking on the group's Al Masirah TV, head of the Houthi political office Mahdi al-Mashat called for a halt to strikes on both sides and for serious talks among all players involved.

"I call on all parties from different sides of the war to engage seriously in genuine negotiations that can lead to a comprehensive national reconciliation that does not exclude anyone," said Mashat.

The Saudi-led military coalition did not immediately respond to request for comment on the Houthi announcement.

The Western-backed, Sunni Muslim coalition led by Saudi Arabia and the United Arab Emirates intervened in Yemen in March 2015 after the Iran-aligned Houthis ousted the internationally recognised government in Sanaa in late 2014.

Mashat said that the Houthis "would not hesitate to launch a period of great pain" if their call for peace was ignored.

In the speech, Mashat boasted of the group's rapidly improved military capabilities and said "significant advancement" would be seen in the coming period, particularly in air and missile defence.

The Houthis said this week they had picked out dozens of sites in the United Arab Emirates, Riyadh's top Arab ally, as possible targets for future attacks.

The Yemen conflict is largely seen in the region as a proxy war between Saudi Arabia and Iran and has killed tens of thousands and pushed millions to the brink of famine.