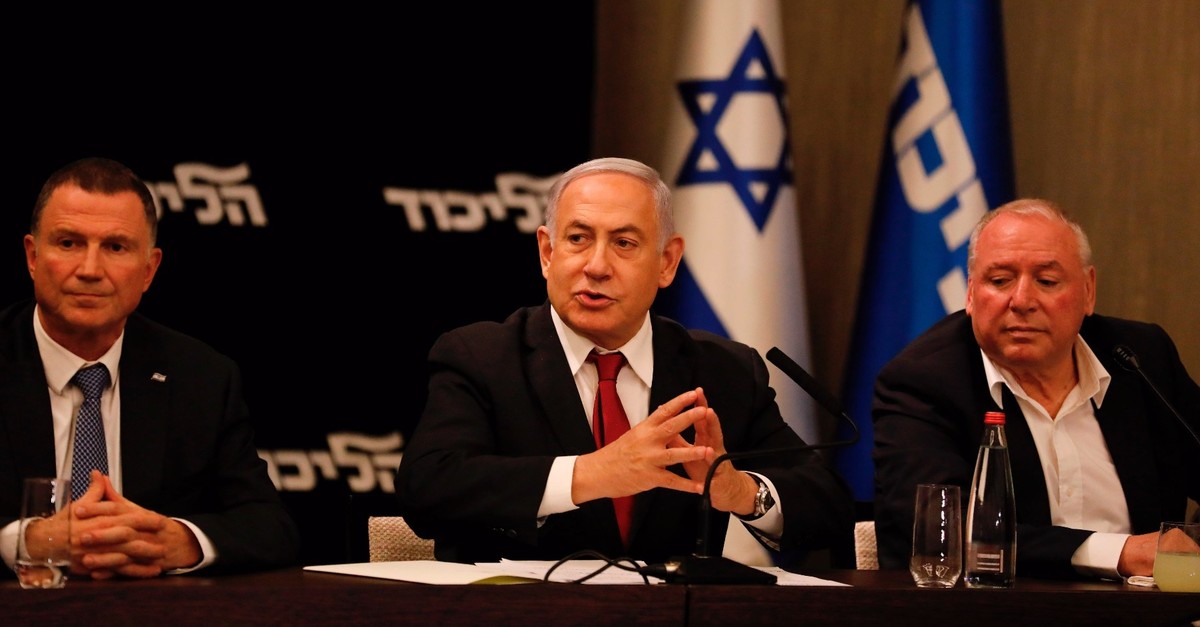 Despite Israeli Prime Minister Benjamin Netanyahu failing to secure a majority in two elections in the last six months, he is still fighting to remain in power

After national elections held last Tuesday, Benjamin Netanyahu, Israel's longest-serving prime minister, continues to attempt to cling to power. Although failing two times in the last six months in elections to reach a clear victory, Netanyahu seems reluctant to lose his position. Refuting the calls for a third election, he may share power with other leaders to secure his position, at least partly, amid the corruption cases against him.

Netanyahu has offered to form a national coalition with Benny Gantz, but Gantz's party is not eager to go into a coalition with Netanyahu, who is facing serious allegations and accusations. Gantz's centrist Blue and White party stood at 33 seats in the 120-seat parliament. Netanyahu's conservative Likud stood at 31 seats; therefore, Gantz believes that he should be leading the country whether a coalition is formed or not.

The deadlock cannot be solved unless a party gains 61 seats in parliament. Under current circumstances, it is impossible for both Gantz and Netanyahu to reach this number through allying with other minor parties. It seems to be a must for them to form a coalition. However, the question is who will lead the coalition. "The people chose unity. The people want Israel to come before everything, and therefore, Blue and White under my leadership won the elections," said Gantz. Yair Lapid, a senior Blue and White member, claimed that Netanyahu was dragging the country to a third election. He said: "One person is right now preventing the establishment of a liberal unity government. One person stands between what is good for the country and what's good for that person. And country always comes first."

Netanyahu has been in the spotlight for his personal relations, corruption claims and his harsh stance toward Palestinians; yet, each time he has received support from U.S. President Donald Trump. This time, however, it is claimed that Trump may abandon Netanyahu as the president does not like working with weak leaders. Dan Shapiro, a former U.S. ambassador to Israel, told The Washington Post, "For Trump, that all smells like weakness, and he wants little to do with a 'loser.'" An Israeli official's words were similar to the ambassador's. The official said, "Yes, he is friends with Bibi [Benjamin Netanyahu], but he also likes winners, and he does want to move his peace plan forward no matter who the prime minister is." After many years, Netanyahu seems to be losing power, but he still tries to cling to the post of prime minister. Israel will have to deal with more internal crises amid these disputes among the party leaders.