Iran to unveil plan for Gulf security at UN summit 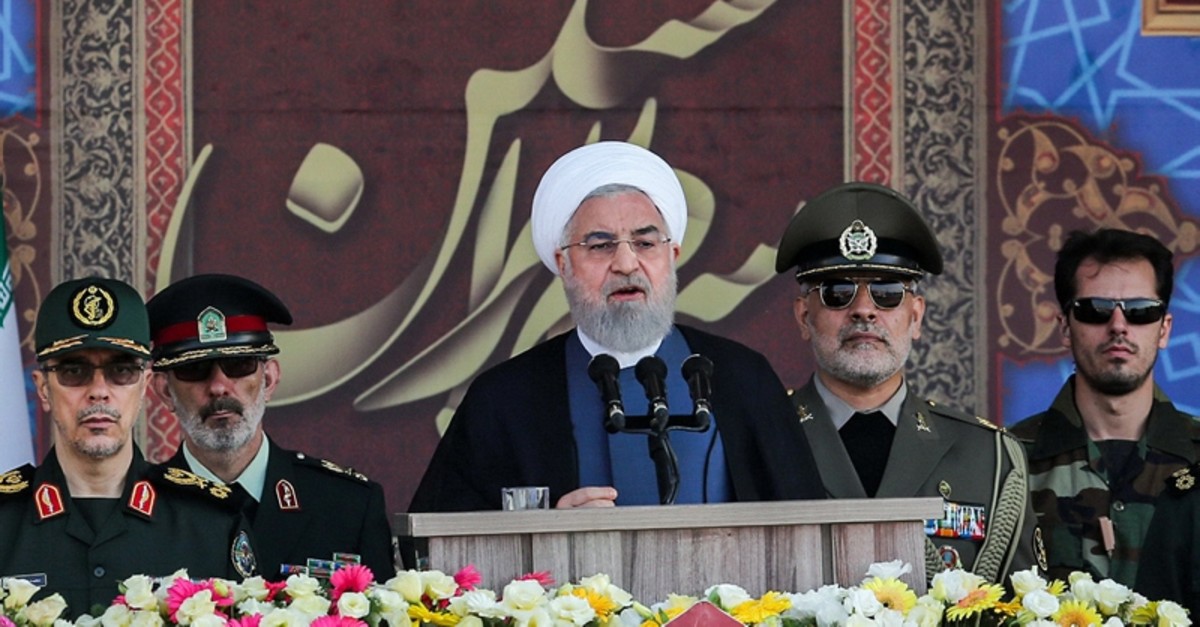 A handout picture provided by the Iran on Sept. 22, 2019 shows President Hassan Rouhani giving a speech during a military parade, in the capital Tehran. (AFP Photo)
by Compiled from Wire Services Sep 22, 2019 1:39 pm

Iranian President Hassan Rouhani on Sunday denounced the presence of foreign forces in the Gulf and said Tehran will put forward a peace plan, after arch-foe the United States ordered reinforcements to the tinderbox region.

"Foreign forces can cause problems and insecurity for our people and for our region," Rouhani said in a speech at an annual military parade.

Rouhani said he will present a plan for creating security in the Gulf in cooperation with other countries in the region when he attends the United Nations General Assembly in New York this week.

Saudi Arabia and the United States accuse Iran of attacking Saudi oil facilities on Sept. 14, the largest-ever such assault on the world's top oil exporter.

Iran denies involvement in the attack, which was claimed by Yemen's Houthi movement, a group aligned with Iran and currently fighting a Saudi-led alliance in Yemen's civil war.

He did not provide further details.

Rouhani said the presence of foreign forces in the region would create insecurity for oil and shipping.

Saudi Arabia has described the strikes on the Abqaiq and Khurais facilities as a test of whether there is global will to preserve international order, and will seek to form a united front at the United Nations General Assembly.

"We are not someone who will violate the borders of others just as we will not allow anyone to violate our borders," Rouhani said at a ceremony commemorating the anniversary of the start of the Islamic Republic's 1980-1988 war with Iraq, according to his website.

Long-range missiles, speedboats and warships were shown in video footage on state TV as part of the ceremonies.

A domestically built long-range, surface-to-air missile air defence system, the Bavar-373, which Iranian media have described as a competitor to the Russian S-300 missile system, was also on display, according to the semi-official Fars news agency.

Last year, gunmen attacked a military parade commemorating the anniversary in the city of Ahvaz, killing 25, about half of whom were members of the elite Revolutionary Guards.

At the time, Supreme Leader Ayatollah Ali Khamenei, the highest authority in Iran, accused Saudi Arabia of backing the attackers, which Riyadh denied.