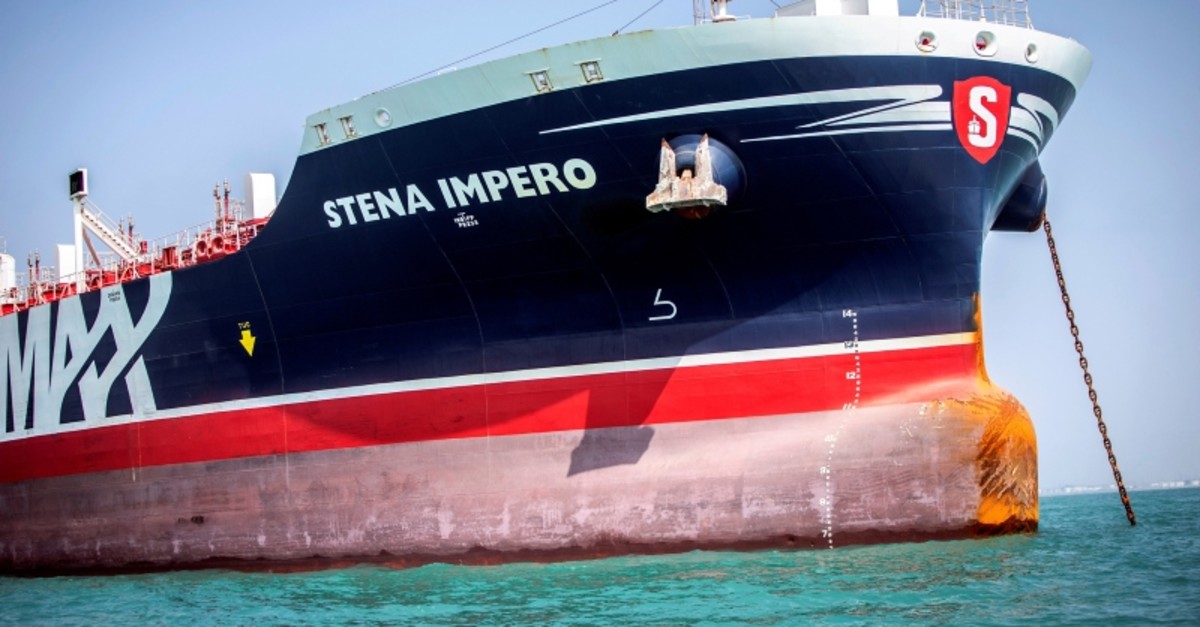 Stena Impero, a British-flagged vessel owned by Stena Bulk, is seen at undisclosed place off the coast of Bandar Abbas, Iran Aug. 22, 2019. (Reuters Photo)
by Sep 23, 2019 3:44 pm
An Iranian government spokesman said on Monday that all legal steps had been completed for the release of the detained British-flagged tanker Stena Impero but that he did not know when the vessel would be released, Iranian media reported.

The July 19 seizure of the ship, two weeks after Britain detained an Iranian tanker off Gibraltar, cranking up tensions in the region in the wake of attacks on other merchant vessels that Washington blamed on Tehran.

Iran denied responsibility for those attacks, which took place along a vital international oil shipping route.

"The legal work and administrative procedures for the release of the English tanker have been completed but I have no information on the time of the release," said government spokesman Ali Rabiei, according to semi-official news agency ILNA.

The semi-official Fars news agency quoted Rabiei as saying: "The legal work for the oil tanker is over ... and the oil tanker can move, and the decisions indicate the end of the detention." He did not elaborate.

Relations between the United States, its allies and Iran have been gradually more strained since Washington withdrew last year from a global pact aimed at reining in Tehran's nuclear program and imposed sanctions on it aimed at shutting down Iranian oil exports.