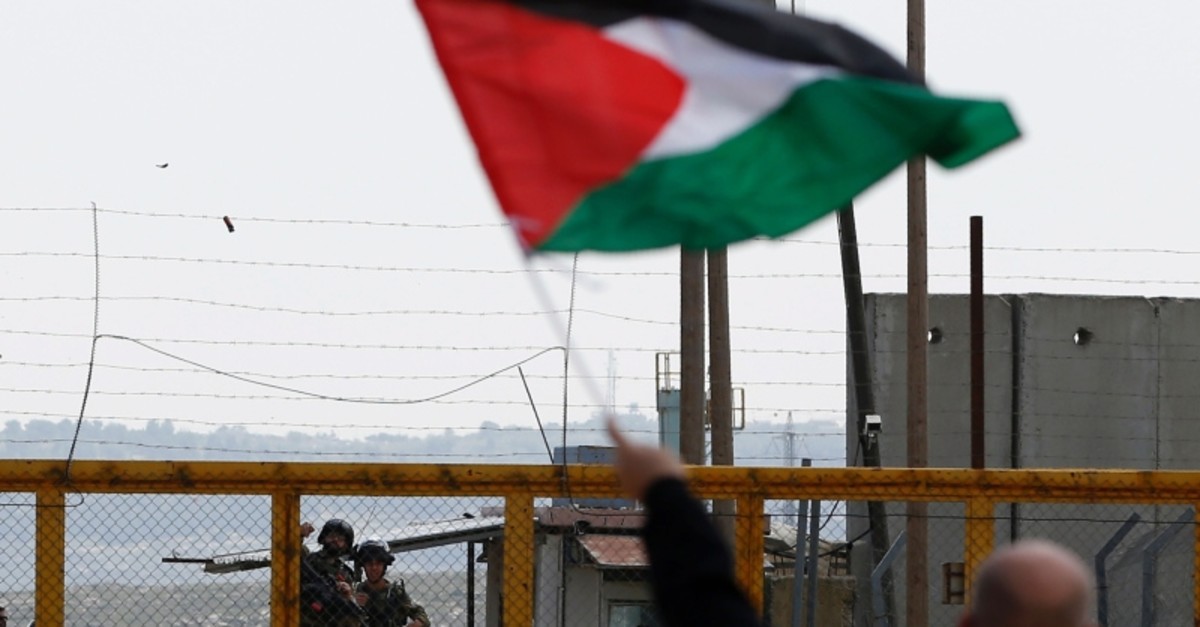 A Palestinian protester waves his national flag in front of Israeli security forces as they mark Land Day outside the compound of the Israeli-run Ofer prison near Betunia in the Israeli occupied West Bank on March 30, 2016. (AFP Photo)
by Anadolu Agency Sep 25, 2019 11:53 am

Israeli forces detained Jerusalem Affairs Minister Fadi al-Hadami of the Palestinian Authority on Wednesday, according to an official statement.

The Jerusalem Affairs Ministry said Israeli forces raided the minister's home and searched it before taking him into custody.

There was no comment from the Israeli military on the arrest.

This is the second time Israeli forces have arrested the Jerusalem minister in the last three months.

Israeli forces have escalated their actions against Palestinian activities in Jerusalem since U.S. President Donald Trump recognized the occupied city as Israel's capital in 2017.

Jerusalem remains at the heart of the decades-long Middle East conflict, with Palestinians hoping that East Jerusalem — occupied by Israel since 1967 — might one day serve as the capital of a Palestinian state.