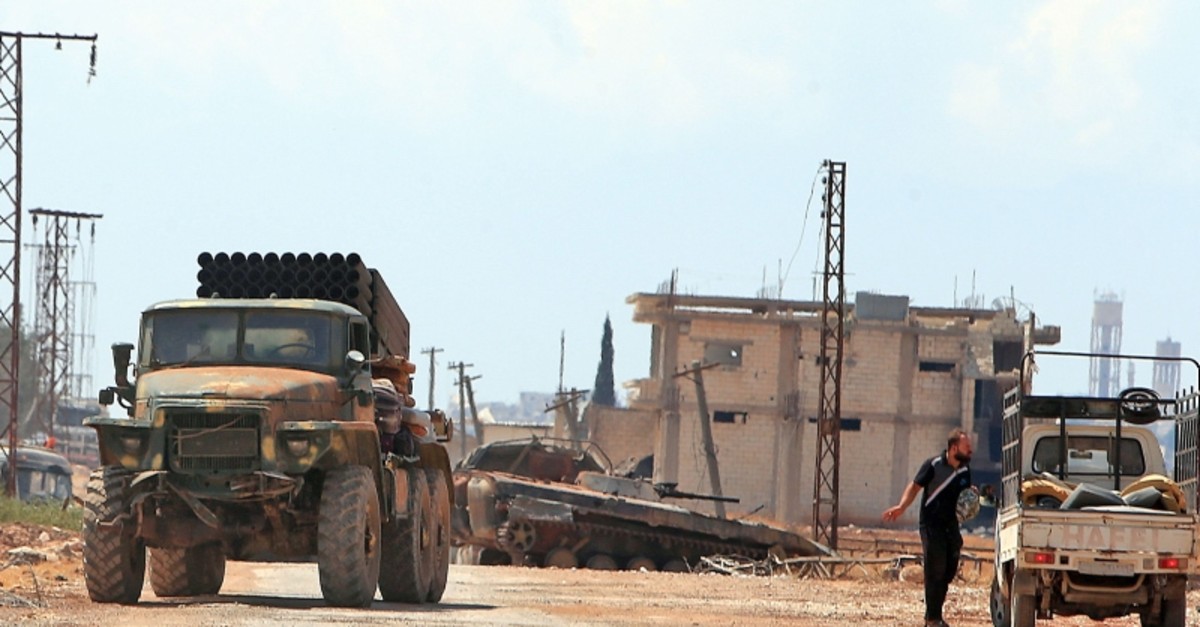 Bashar Assad regime forces yesterday arrested five civilians returning from Turkey to Syria at the Kasab border crossing in the northern suburbs of Syria's coastal Latakia province and took them to an undisclosed location, according to the Syrian Network for Human Rights (SNHR).

It was reported that the civilians were coming to settle their legal status.

The Bashar Assad regime offered amnesty to all who agreed to end their anti-regime activities regarding crimes committed before Sept. 14, 2019.

Damascus has carried out a wave of arbitrary arrests against former activists in opposition areas that surrendered under deals brokered by its ally Moscow.

The so-called "reconciliation" agreements that restored regime control over swathes of central and southern Syria last year were heavily criticized from the start because they were signed under the pressure of military blockade and intense air and artillery bombardment.

According to opposition sources, the Assad regime has thrown at least 500,000 people behind bars since the conflict began in 2011, and the detainees have been suffering in terrible conditions in the prisons.

Human Rights Watch (HRW) also said a few months ago that it had documented 11 cases of arbitrary detention and disappearance in three areas retaken by regime forces last year – the southern province of Daraa, the Eastern Ghouta suburbs of Damascus and southern neighborhoods of the capital.

Russia is Damascus' main ally in the civil war between Bashar Assad and those seeking to oust him, using its warplanes to bombard opposition areas. Turkey backs some opposition groups. Russia launched a military intervention in support of the Assad regime in 2015, helping his forces reclaim large parts of the country from opposition fighters and terrorist groups.

The fighting has caused hundreds of thousands of people, many of whom had already been displaced, to flee further north and seek shelter along the Turkish border.