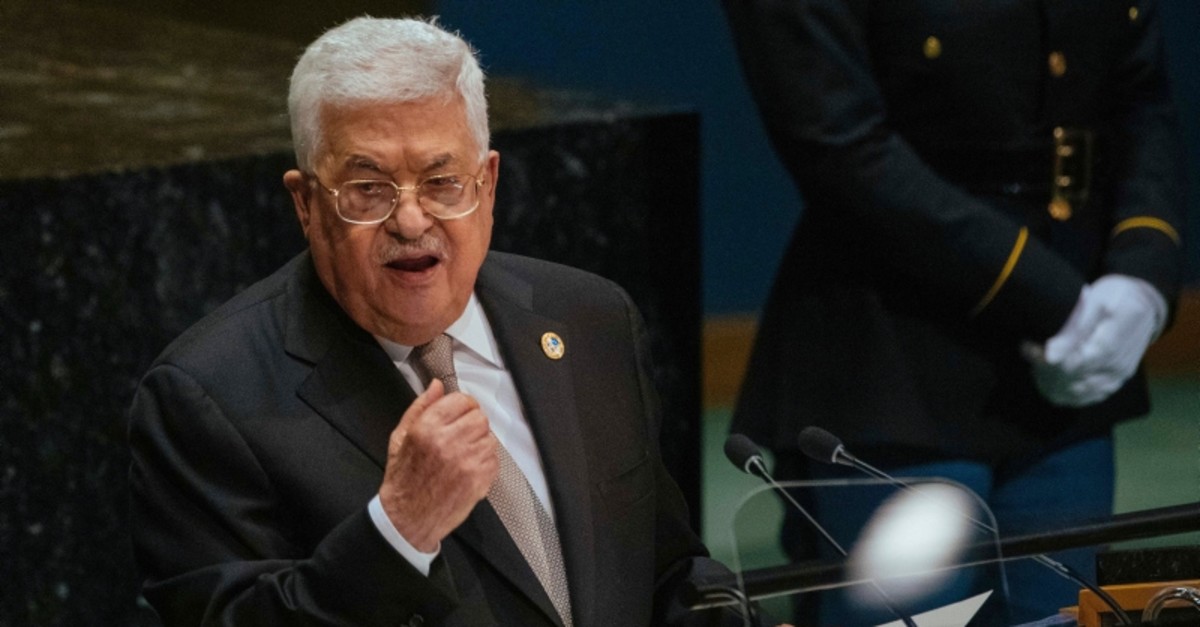 Palestine expects the United Nations to implement even one of the many resolutions taken regarding its situation, President Mahmoud Abbas said in his address to the U.N. General Assembly on Thursday.

"What would you do if someone tried to take the land of your country and how would you react?" Abbas asked.

"The international community should uphold its responsibilities to bring an end to this aggression and arrogance," he said. "It is time to implement the resolution adopted by you, otherwise all these resolutions are pointless."

Abbas said a two-state solution for Palestine depends on U.N. resolutions, stressing that international consensus is the only way forward.

The two-state solution, which has been the normative approach for decades toward an ever-elusive peace agreement with Israel, was recognized in 1947 under U.N. resolution 181.

A year later, the state of Israel was established, but nearly seven decades on, Palestinians are still struggling for independence. Israel has pursued an increasingly aggressive settlement regime despite broad international condemnation, eating away at Palestinian territory and torpedoing the chances of success for a two-state reality.

"The U.N. should sponsor peace mediations," he said, adding that Palestine "will not accept U.S. mediation."

The United States government under President Donald Trump has pursued policies strongly in support of Prime Minister Benjamin Netanyahu's administration in Israel since Trump assumed office in January 2017. One of the most startlingly moves by President Trump was recognizing Jerusalem – seen by Palestinians as the future capital of a Palestinian state – as the capital of Israel in December 2017. The Trump administration moved the U.S. Embassy from Tel Aviv to Jerusalem, which is internationally recognized as under Israeli occupation.

Abbas told the U.N. on Thursday that Jerusalem will remain the capital of Palestine regardless of schemes or actions taken.

"The Israeli occupation will inevitably end as all other occupations have ended," Abbas said.

International law regards the West Bank — including East Jerusalem — as "occupied territory" and sees it as a violation and those that support the act.

Israel occupied East Jerusalem in 1967. It unilaterally annexed the entire city in 1980, claiming it as its "eternal and undivided" capital in a move never recognized by the international community.

The Israeli-blockaded Gaza strip is similarly in poor conditions with people struggling to survive, deprived of drinking water and electricity and facing high unemployment rates.

Abbas said Palestine is a "constructive player" in the international community, and deserves to be a full member of the U.N. and all its bodies.