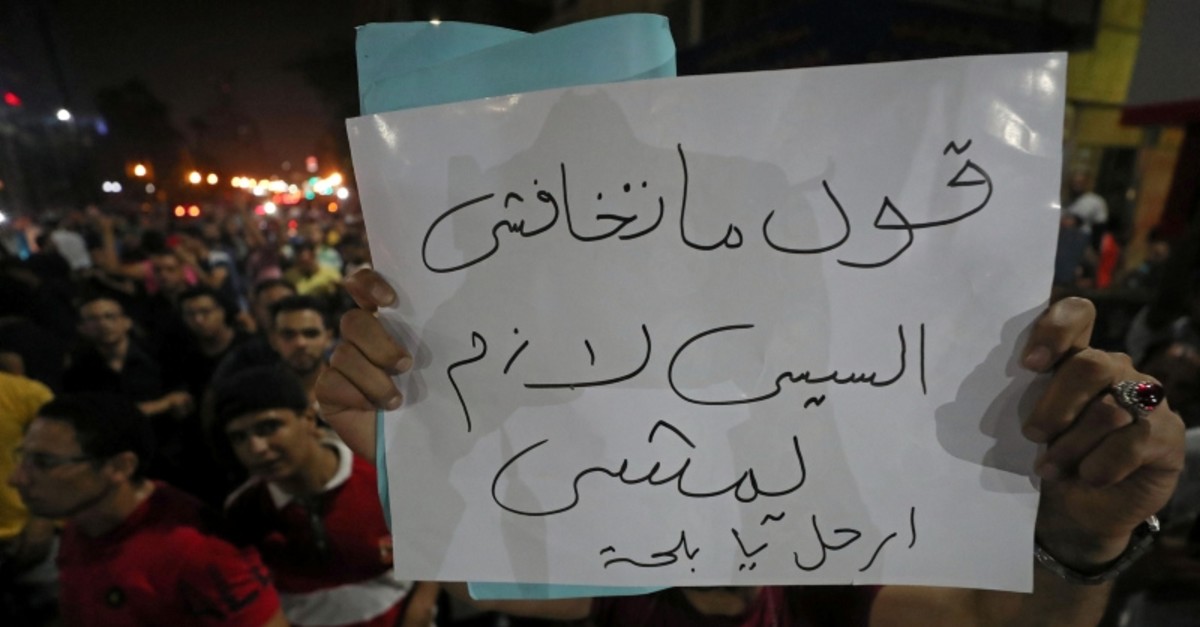 Rare but significant protests are continuing to shake the Egyptian regime of President Abdel-Fattah el-Sissi, who led a bloody military coup in 2013 against Mohammed Morsi, the country's first freely elected president, who died suspiciously in June during a trial. While Egyptian security forces have arrested nearly 2,000 people, Egyptians are still making calls to their fellow citizens to take to the streets.

On social media, several Egyptian users claim that what is happening in Egypt now is not much different from what happened in 2011 when the ex-autocratic leader, Hosni Mubarak was ousted.

Again, Egyptian security forces are arresting people arbitrarily and even killing some on the grounds that they were armed. Defense lawyers on Wednesday said three political activists known for their outspoken criticism of Egypt's government and president were arrested. Lawyers Nour Farahat and Khaled el-Masry said the arrested activists were Hazem Hosny, Hassan Nafaa, both academics at Cairo University, and Khaled Dawoud, a journalist and a former politician.

According to Egyptian media, 1,200 people have been arrested during the protests so far. However, Egyptian activists claim that the number is much higher since there were hundreds of detained people who were not registered by the police. Moreover, the Egyptian interior ministry said security forces killed six people in Cairo on Tuesday. The people were allegedly members of the Muslim Brotherhood. Labeling the group as a terrorist organization, el-Sissi's regime has detained, tortured and killed thousands of people with the claim that they were linked to the group.

Moreover, the U.S. has not refrained from pledging support despite the explicit human rights violations. U.S. President Donald Trump, who previously called el-Sissi "his favorite dictator" continues to back him. Referring to the demonstrations in the country, Trump said in the United Nations General Assembly that "everybody has demonstrations." He also declared that el-Sissi was a "great leader" and "highly respected."

Other Western countries were also silent over the mass human rights violations and the oppression of civil society. Germany is an exception.

Speaking at a conference in Berlin, Germany's Foreign Ministry deputy spokesman Rainer Breul said, "As we have already stated at the U.N. Human Rights Council last week, growing repression of civil society and free media would not contribute to the stability of Egypt." "On the contrary, this might lead to radicalization and violent extremism," he added. "Germany expects that the Egyptian authorities would adhere to the principles of rule of law, and those who cannot be accused of committing a crime will be released immediately."