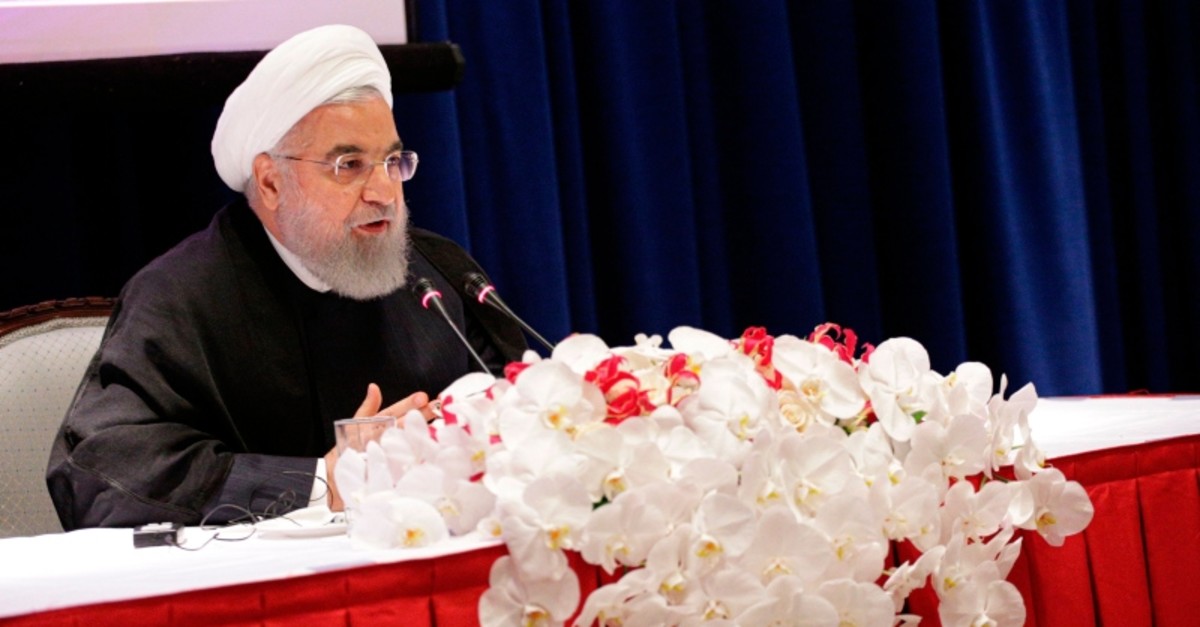 The United States offered to remove all sanctions on Iran in exchange for talks, Iranian President Hassan Rouhani said on Friday upon returning to Tehran from the United Nations General Assembly in New York, according to his official website.

"The German chancellor, the prime minister of England (Britain) and the president of France were in New York and all insisted that this meeting take place. And America says that I will lift the sanctions," Rouhani said. "It was up for debate what sanctions will be lifted and they had said clearly that we will lift all sanctions."

Iran was ready for negotiations but not in a "toxic" atmosphere of sanctions and pressure, the Iranian president said.

Shortly after Rouhani's remarks, U.S. President Donald Trump took to Twitter, saying he had refused a request by Tehran to lift sanctions in exchange for talks, contradicting the Iranian president.

"Iran wanted me to lift the sanctions imposed on them in order to meet. I said, of course, NO!" Trump tweeted.

Rouhani did not meet U.S. President Donald Trump in New York and European and Gulf officials expect Washington to keep tightening the vice on Iran's economy.

Crude slipped after the report, adding to earlier losses caused by a faster-than-expected recovery in Saudi output, slowing Chinese economic growth, a Wall Street Journal report saying that Saudi Arabia had agreed a partial ceasefire in Yemen. Brent crude was trading below $62 a barrel.

The United States and Iran are at odds over a host of issues, including the U.S. withdrawal from the 2015 Iran nuclear deal, U.S. accusations that Iran attacked two Saudi oil facilities on Sept. 14, and Iran's detention of U.S. citizens on what the United States regards as spurious grounds.