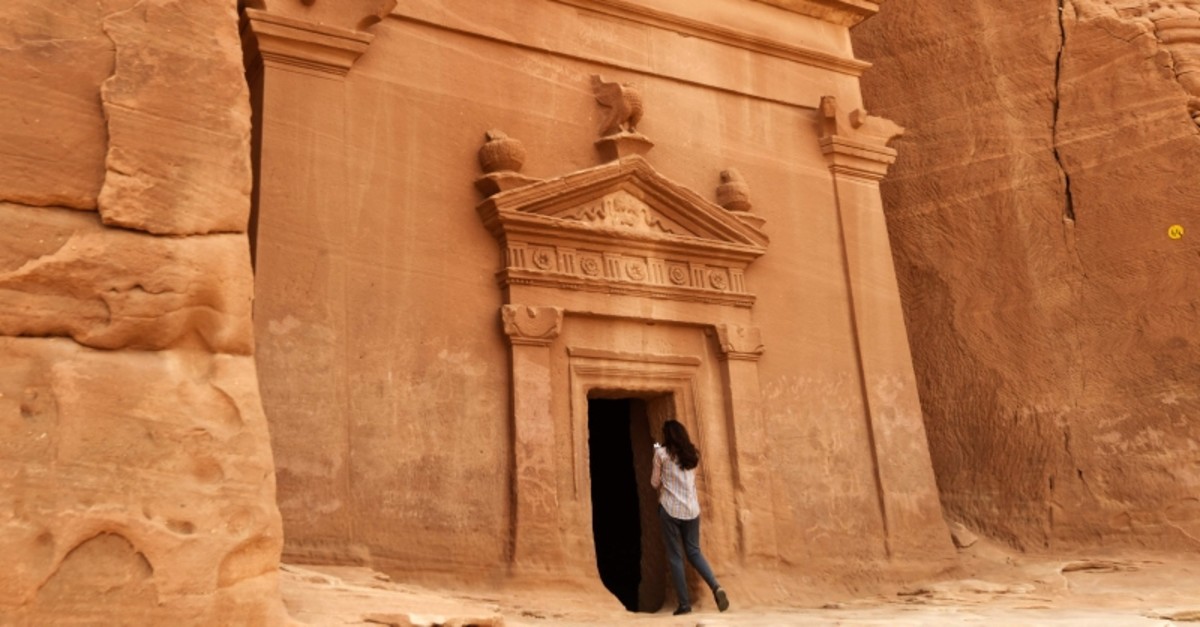 Saudi Arabia on Saturday said it would impose fines for violations of "public decency", including immodest clothing and public displays of affection, a day after the austere kingdom opened up to foreign tourists.

The interior ministry said it had identified 19 such "offenses" but did not specify the penalties, as the ultra-conservative Islamic country begins issuing tourist visas for the first time as part of a push to diversify its oil-reliant economy.

"The new regulations require men and women to dress modestly and to refrain from public displays of affection. Women are free to choose modest clothing," a statement said.

"The regulations are meant to ensure that visitors and tourists in the kingdom are aware of the law relating to public behavior so that they comply with it."

Saudi Arabia on Friday said citizens from 49 countries are now eligible for online e-visas or visas on arrival, including the United States, Australia and several European nations.

Kickstarting tourism is one of the centerpieces of Crown Prince Mohammed bin Salman's Vision 2030 reform program to prepare the biggest Arab economy for a post-oil era.

But the conservative country, which forbids alcohol and is notorious for sex segregation, is seen as an unlikely destination for global tourists aside from Muslim pilgrims visiting holy sites in Mecca and Medina.

Men and women must avoid "tight fitting clothing" or clothes with "profane language or images", read an instruction on an English language website launched by the tourism authority.

"Women should cover shoulders and knees in public," it added.

But tourism chief Ahmed al-Khateeb said foreign women were not obligated to wear the body-shrouding abaya robe that is still mandatory public wear for Saudi women.

Prince Mohammed has sought to shake off his country's ultra-conservative image -- lifting a ban on cinemas and women drivers while allowing gender-mixed concerts and sporting extravaganzas.

The relaxed social norms in a kingdom have been welcomed by many Saudis, two-thirds of whom are under 30.

But new public decency guidelines, first approved by cabinet in April, are widely perceived to be vague and have sparked public concern that they would be open to interpretation.

They have also stoked fears of a revival of morality policing.

Saudi Arabia's religious police once elicited widespread fear, chasing men and women out of malls to pray and berating anyone seen mingling with the opposite sex.

But the bearded enforcers of public morality, whose powers have been clipped in recent years, are now largely out of sight.