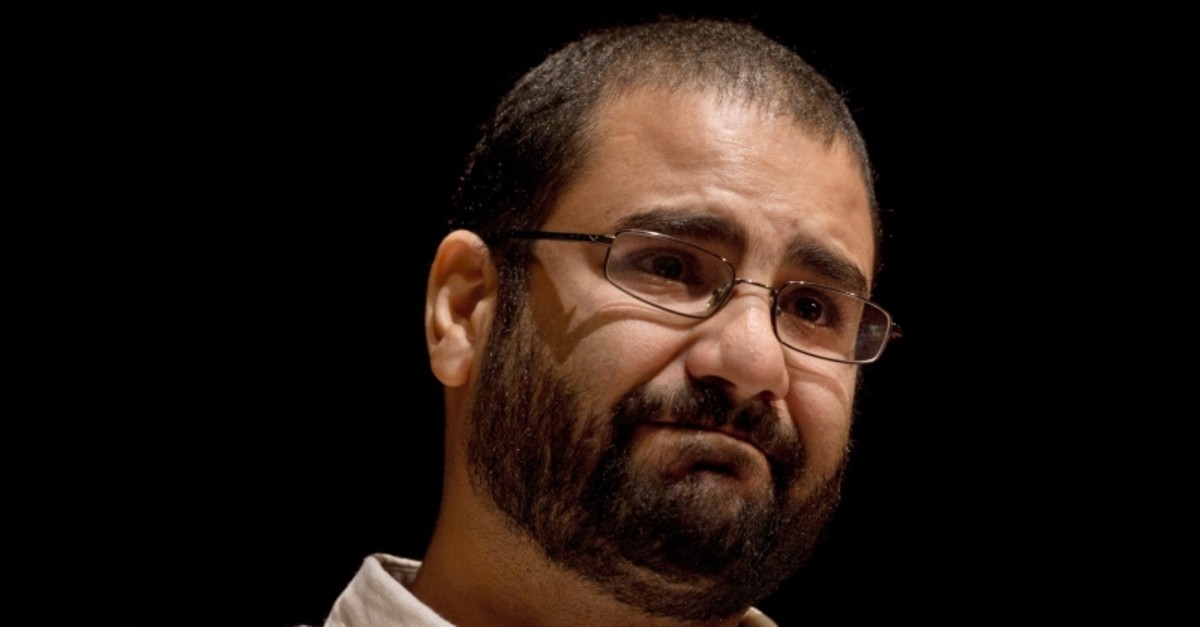 The family of one of Egypt's most prominent pro-democracy activists, Alaa Abdel-Fattah, says security forces have re-arrested him while he was under probation.

His mother, Laila Soueif, tells The Associated Press that Abdel-Fattah was arrested on Sunday from Dokki police station in Cairo, where authorities have required him to spend the night since his release in March after serving a five-year sentence for taking part in protests in 2013.

A security official says Abdel-Fattah was taken to prosecutors for an investigation into claims he has called for protests. The official spoke on condition of anonymity because they were not authorized to brief media.

His arrest comes amid a wider crackdown on dissent since rare anti-government protests last week.

Protests broke out on Sept. 20 in Cairo and other cities following online calls for demonstrations against alleged corruption by el-Sissi and the military. Egyptian security forces closed off entrances to Cairo's Tahrir Square on Friday and deployed police reinforcements after a call for a second week of rare anti-government demonstrations. Security forces have stepped up their presence in the main squares of major cities and have been checking mobile phones for political content. On Friday morning, roads leading to Tahrir Square in central Cairo, the epicenter of protests that led to the overthrow of former President Hosni Mubarak in 2011, were closed to traffic. There was a heavy police presence around the square and at some junctions in the city center.

Egypt has arrested nearly 2,000 people in what may be its biggest crackdown since the aftermath of the 2013 ouster of the country's first democratically elected President Mohammed Morsi. The authorities have also blocked or interrupted various internet services and websites, in a bid to stamp out any repeat of the open defiance to el-Sissi shown by protesters last weekend.