Netanyahu fights to hold his position amid corruption scandals 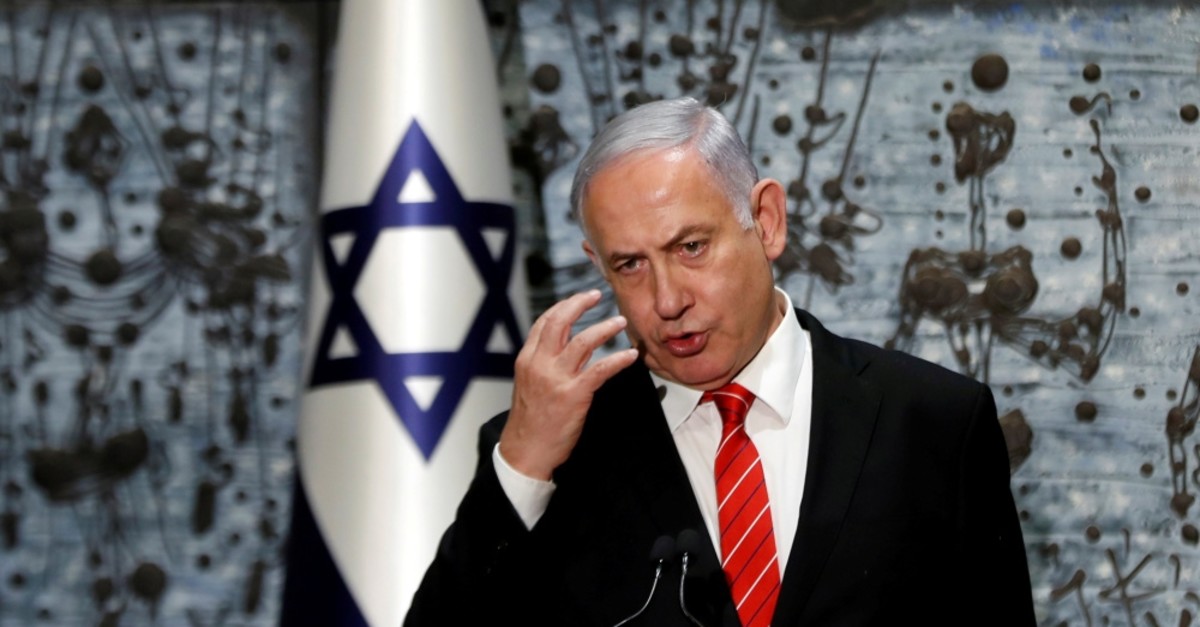 Israeli Prime Minister Benjamin Netanyahu speaks during a nomination ceremony at the President's house, Jerusalem, Sept. 25, 2019.
by Daily Sabah with Agencies Oct 03, 2019 12:00 am

After failing to secure a majority in two elections in the last six months, the Israeli Prime Minister is still fighting to remain in office with a hearing into corruption allegations looming. In a final attempt to fend off the corruption indictment, his lawyers arrived for his pre-indictment hearing yesterday and pledged to convince prosecutors to drop the cases against him.

The pre-trial hearings, scheduled to be held over four days, will allow him to make his case against indictment to Attorney General Avichai Mandelblit in three graft investigations, dubbed Cases 1000, 2000 and 4000. He is accused of acting on behalf of wealthy supporters and businessmen in exchange for gifts or favorable news coverage. A final decision by the attorney general on whether to file charges is expected by the end of 2019. Netanyahu, who denies any wrongdoing, faces no legal requirement to leave government if indicted, as long as he remains prime minister. But his aura of political invincibility has been clouded by his failure to win a clear victory in parliamentary elections in April and last month, after a decade in office as head of the right-wing Likud party.

In April elections, Netanyahu failed to win the majority in parliament but did not offer any opportunity to the opposition to form a coalition. Confident he will be able to hold the prime minister position once again, this time the September elections forced him to form a coalition. With neither leader appearing able to put together a coalition with a ruling majority on his own, Israel's president last week gave Netanyahu 28 days to try to form the next government in the hope of securing a power-sharing deal. Netanyahu has offered to form a national coalition with main political opponent Benny Gantz, however, Gantz's party is not eager to go into a coalition with Netanyahu, who is facing serious allegations and accusations. Gantz cancelled yesterday's meeting between the two, with his Blue and White party citing a lack of progress in talks for a national unity government.

Gantz's centrist Blue and White party stood at 33 seats in the 120-seat parliament. Netanyahu's conservative Likud stood at 31 seats; therefore, Gantz believes that he should be leading the country whether a coalition is formed or not. On Tuesday night Blue and White said in a statement that "at this stage, the preconditions upon which any further meetings between the negotiating teams may take place have not been met." "In view of this, no meeting will be held on Wednesday. When deemed appropriate and necessary, an additional meeting will be scheduled for this week or next," it added. The preconditions the party referred to are Netanyahu's agreement with a bloc of right-wing and religious parties that they will not enter a coalition without one another. An additional issue is who would go first in a premiership rotation, as Blue and White say they will not sit in a government led by someone who is facing an indictment.