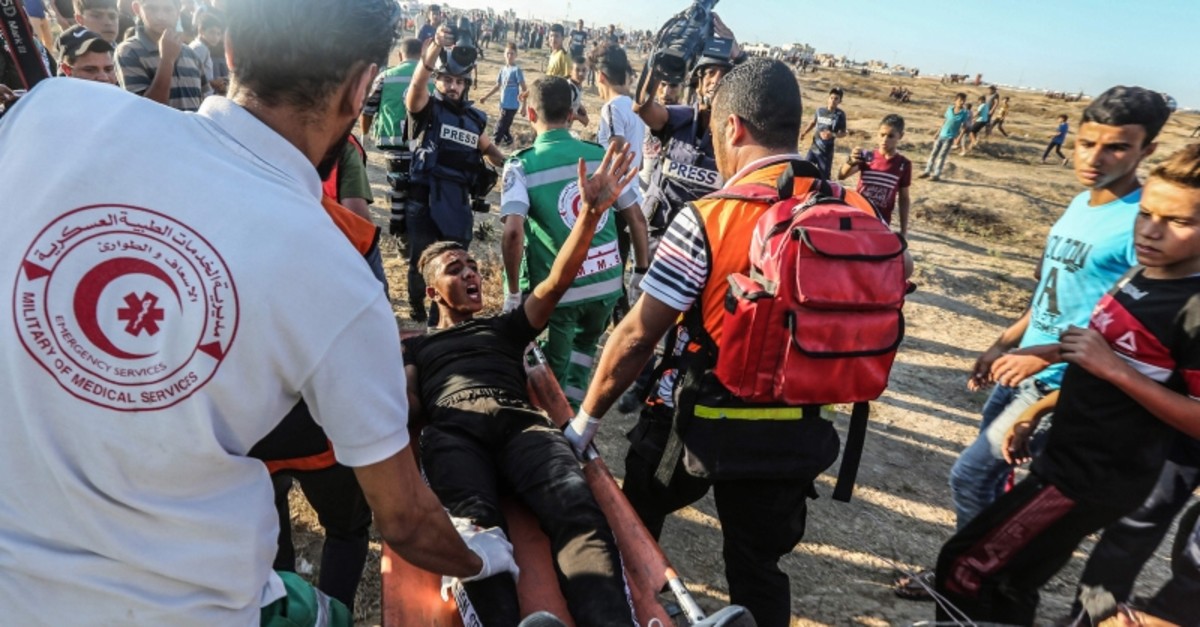 Palestinian paramedics carry away on a stretcher a protester who was injured during clashes with Israeli forces following a demonstration along the border with Israel east of Gaza City on September 27, 2019 (AFP Photo)
by Compiled from Wire Services Oct 05, 2019 12:36 am

A Palestinian protester was killed and five others injured by Israeli gunfire in northern Gaza Strip on Friday, the Health Ministry said.

"Alaa Nizar Hamdan, 28, was martyred in Jabalia city in the northern part of the enclave," the ministry said.

Thousands of Palestinians on Friday flocked to the security fence to participate in the weekly anti-occupation protests, known as the Great March of Return.

Since the Gaza rallies began in March last year, nearly 270 protesters have been martyred and thousands more wounded by Israeli forces at the security fence with Gaza.

Demonstrators demand an end to Israel's 12-year-old blockade of the Gaza Strip, which has shattered the coastal enclave's economy and deprived its two million inhabitants of free movement in and out from Gaza and prevented many basic amenities.

The blockade has crippled the economy in Gaza, a narrow coastal strip that is home to about 2 million people.

According to the Gaza Health Ministry, 313 Palestinians have been killed and thousands more injured in clashes with Israeli soldiers since the end of March 2018.