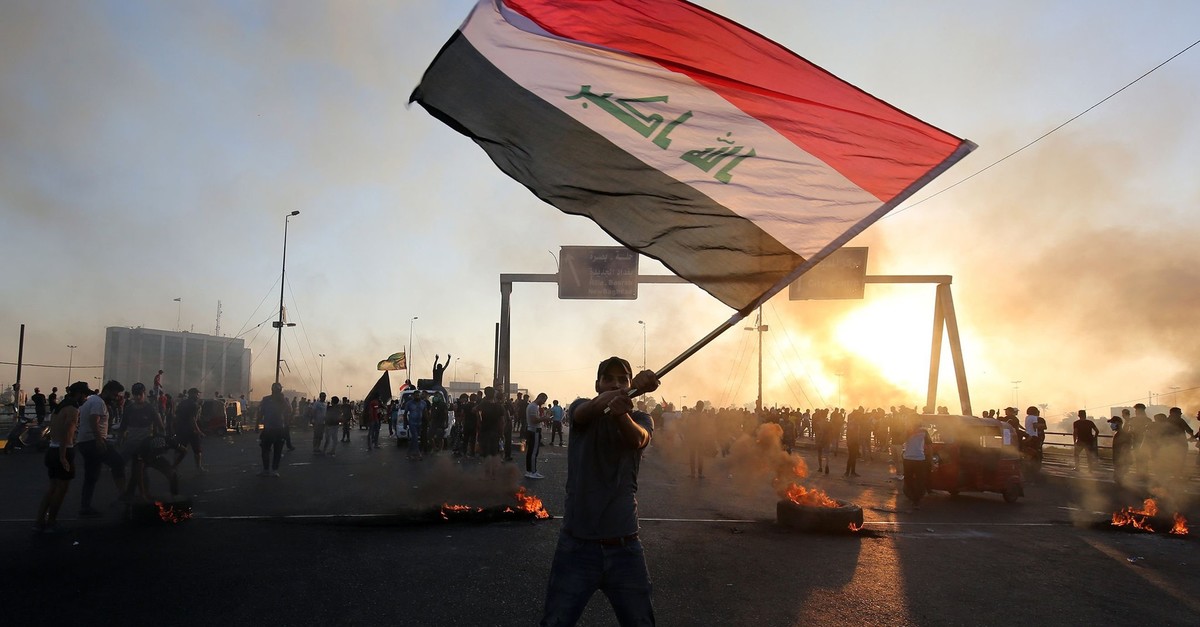 After days of deadly unrest across Iraq, questions have arisen over whether the government's reform package will help satisfy protesters frustrated by chronic corruption and sectarianism

The year-old Iraqi government has recently been shaken by protests that erupted last week in Baghdad and rapidly spread to other cities, particularly in the southern provinces. With the harsh response of security forces against crowds seeking the removal of the government, more than 110 Iraqis have died and 6,000 have been wounded so far. Influential Shiite cleric Muqtada al-Sadr, whose political coalition holds the most seats in Iraq's Parliament, along with Iraq's Shiite spiritual leader Grand Ayatollah Ali al-Sistani have declared their support to the protesters, calling authorities to pay regard to the demands of demonstrators, weary of the country's deep-rooted corruption problem, economic deficiencies and instability since the U.S. invasion in 2003.

"The main reason for these protests is that most of the Iraqi people have reached a stage of despair and frustration at the ability of the current political system to find real solutions to its multiple problems, which are worsening year after year since 2003, in all fields: Services, job creation, improving living conditions, improving health care, improving social security," Watheq Alsadoon, Iraqi analyst at the Center for Middle Eastern Strategic Studies (ORSAM), told Daily Sabah.

However, experts are not optimistic on the long-term effectiveness of the reforms on the protests, who have been calling for an overhaul of the entire political sphere.

"I think the problems are complex and the government reform package is insufficient. Maybe it will help calm the street if the government does not use force or kill the masses, but after killing more than 100 demonstrators and injuring more than 6,000, I think that these reforms are no longer valuable, so I do not consider that the reforms will work in calming the angry masses," Jasem Alshemary, an Iraqi analyst, told Daily Sabah.

Pundits are also skeptical on the capability of the Iraqi government to create funding for the announced reforms since the country has long suffered from financial problems.

It is the second time Iraqis have poured onto the streets since 2018. Last year, huge demonstrations broke out in the same areas, from the southern provinces to the capital Baghdad, with the same demands.

Even though the protests were triggered with frequent electricity cuts, most Iraqis had drawn attention to the corruption that makes the country unable to reap the benefit of its huge resources.

According to official figures, about $450 billion of public funds have disappeared into the pockets of politicians and businessmen since 2004.

"Most Iraqi youth, educated and uneducated, have become hopeless, because of the lack of real solutions to these problems. These young people have lost confidence in the current political class and its ability to solve their problems, for 16 years this political class gave them only promises that were not fulfilled," Alsadoon said.

Experts also pointed to the role of sectarian policies that have been implemented with the establishment of a political system based on sectarian sharing after the U.S. invasion.

"Sectarian sharing does not require political figures and actors who participate in the political process to be competent or have a vision and programs to develop and improve conditions. The sectarian sharing system only requires them to be able to attract their sects and continue to market the sectarian rhetoric," Alsadoon noted, adding that the concept has delayed development and advancement opportunities in Iraqi society because of widespread corruption, rising power and influence of non-state actors such as armed factions.

Iranian intervention in the demonstrations has also been fiercely debated within Iraq. Reports suggest that the Iraqi government use pro-Iran paramilitary units such as Hashed al-Shaabi to crackdown on the protesters, which has caused many Iraqis to point their anger to their northern neighbor.

"There are significant signs of Iranian involvement in the Iraqi arena, and this is not new. Iranian officials have already been mentioned on many occasions," Alshemary said.