Egypt's use of extreme brutality to crush dissent in spotlight 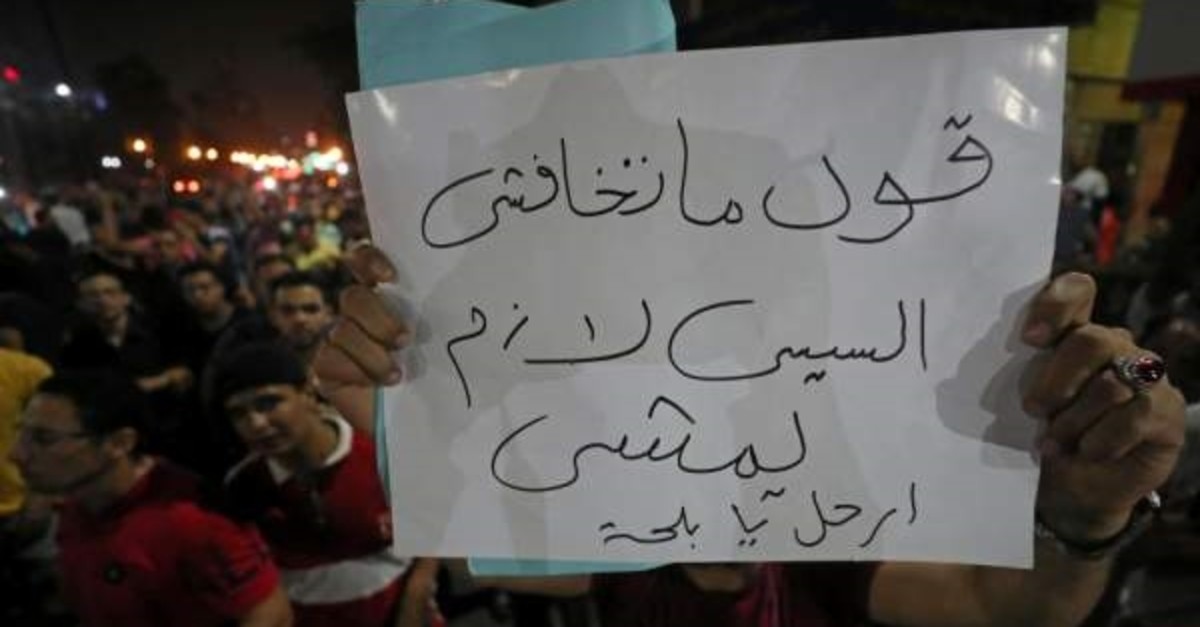 After a sweeping security clampdown following protests against President Abdel-Fattah el-Sissi, the torture of a leading activist in custody has elicited a strong reaction from an international human rights organization, denouncing what it described as the use of "extreme brutality" to crush dissent.

“Alaa Abdel Fattah’s torture in custody illustrates the Egyptian authorities’ use of extreme brutality to crush dissent and shows the extreme lengths that they are prepared to go to in order to intimidate perceived government critics,” said Najia Bounaim, North Africa Campaigns Director at Amnesty International. Following his arrest on Sept. 29, Abdel Fattah was "transferred to Egypt's notorious Tora maximum prison 2... where prison officers blindfolded him, stripped him of his clothing, beat and kicked him repeatedly and subjected him to threats and verbal abuse," Amnesty said. "One police officer told him prison was 'made for people like you,'" adding that he would be in prison for the rest of his life," the human rights watchdog said.

Abdel Fattah, 37, is serving five years of probation after completing a five-year jail sentence in March for staging a protest against a 2013 law effectively banning public gatherings. He said in June that security personnel had ordered him twice to stop talking about his probation publicly or face being sent back to jail indefinitely. A prolific tweeter, he has commented on small-scale protests in Egypt in the last two weeks. Abdel Fattah has advocated on behalf of other detainees, calling for a more humane and flexible system of probation.

Protests broke out on Sept. 20 in Cairo and other cities following online calls for demonstrations against alleged corruption by el-Sissi and the military. Political pressure combined with economic deterioration has caused Egyptians to organize mass demonstrations against el-Sissi. An Egyptian businessman, Mohammad Ali, played a key role in igniting the protests through his videos on YouTube. The Arabic hashtag “el-Sissi is not my president” was trending with more than 40,000 tweets. Several Twitter hashtags have been used to rally support for the protests.

The Egyptian regime detained civil society leaders and politicians in an attempt to stop the spread of mass protests. According to Egyptian media, some 2,000 people were arrested during the protests; however, Egyptian activists claim that the number is much higher since there were hundreds of detained people who were not registered by the police. The mass arrests were seen as the biggest crackdown since the aftermath of the 2013 ouster of the country’s first democratically elected President Mohammed Morsi, Human Rights Watch (HRW) reported. The authorities have also blocked or interrupted various internet services and websites in a bid to stamp out any repeat of the open defiance to el-Sissi shown by protesters. Moreover, among those killed by Egyptian security forces were members of the Muslim Brotherhood. Labeling the group as a terrorist organization, el-Sissi’s regime has detained, tortured and killed thousands of people, claiming they were linked to the group.