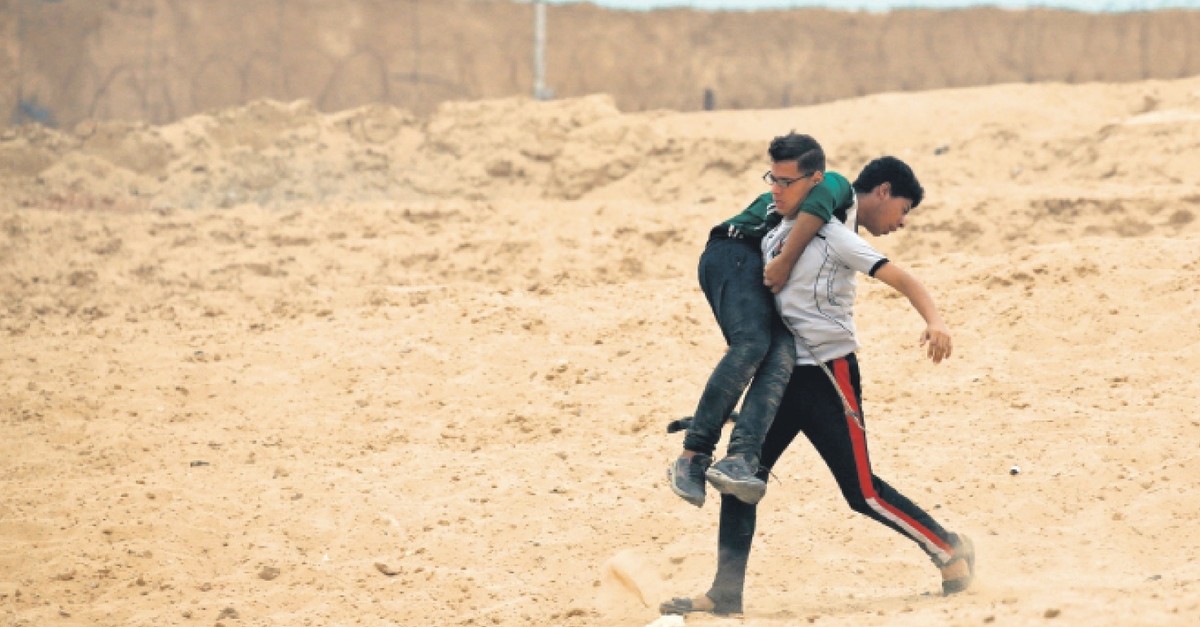 Palestinians living in the occupied territories have suffered from growing Israeli violence as 2018 saw ‘unprecedented' attacks by Israeli forces against health care facilities, the WHO has reported

In a deepening humanitarian crisis in the occupied territories and growing Israeli violence during the Gaza border protests that started last year, the standard of health for Palestinians living under occupation has dropped drastically, including barriers to adequate health care provisions, access to health care and attacks on health facilities, according to a report released by the World Health Organization (WHO). In the report "Right to Health in the occupied Palestinian territory: 2018," the WHO stated that 2018 saw "an unprecedented 432 attacks against health care in the West Bank and Gaza Strip." "In Gaza alone, three health workers were killed and 570 injured, 41 with live ammunition, while providing care to those injured in Gaza's Great March of Return," the WHO stated.

"Over a half of conflict-affected children may be affected by post-traumatic stress disorder, while the long-term consequences of injuries, with more than 6,000 live ammunition injuries in Gaza alone over the year, put strain on an already overburdened health system," the report also added.

The humanitarian situation in the occupied Palestinian territories is deteriorating further as hospitals struggle to cope with many casualties after protests on the Gaza-Israel border began on March 30, 2018. Since the rallies began, more than 299 Palestinians have been killed, and thousands more were injured by Israeli troops deployed along the other side of the buffer zone. Israel was criticized by a U.N. human rights body for its killing of protesters in Gaza and treatment of Palestinians, declaring it a "war crime" under the Statute of Rome.

Israel's long-lasting blockade creates serious obstacles for Gazans to attain a variety of medical supplies. The humanitarian situation in the occupied Palestinian territories has deteriorated further as hospitals struggle to cope with high casualties. Gaza's health system of 13 public hospitals and 14 clinics, run by nongovernmental organizations, buckled under persistent blockade-linked shortages of medicine and surgical supplies.

"No patient should have to worry about being prevented from accessing essential and lifesaving treatments, whether access to health facilities requiring Israeli-issued permits or access to essential medicines within Palestinian health facilities," the U.N. Humanitarian Coordinator for the occupied Palestinian territory, Jamie McGoldrick, said while underscoring the "dire humanitarian situation" for Palestinians, as reported by Middle East Monitor. "No health worker should have to go to work with the fear of being shot at and killed. WHO's report underlines the immediate need for our collective efforts to strengthen the protection of health care."

Israel controls all access to and from the Gaza Strip apart from the Palestinian enclave's crossing with Egypt. Hamas is in power in the strip and has fought three wars with Israel since 2008. Under an Israeli blockade for more than 10 years, Gaza lacks infrastructure and key medical equipment. Many patients seek to travel elsewhere for treatment. Since 2007, the Gaza Strip has been under a crippling Israeli and Egyptian blockade that has gutted its economy and deprived its roughly 2 million inhabitants of many vital commodities, including food, fuel and medicine. In the long-embargoed enclave, the humanitarian situation has grown worse each day.